Malaysia's new monarch will be selected from a group of nine sultans. The ceremonial proceedings at the top of the Southeast Asian nation won't mark the beginning of a new era, but are not completely irrelevant either. 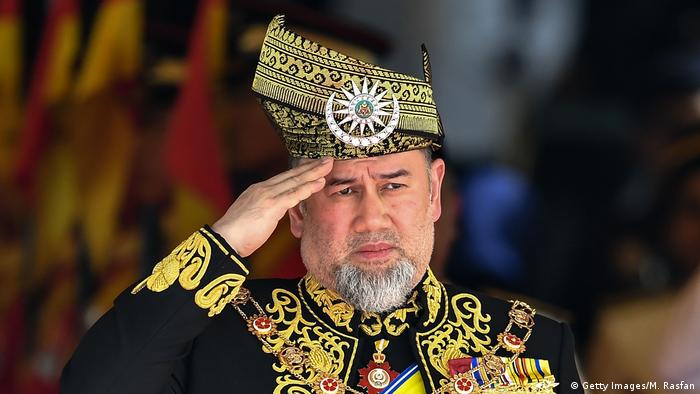 When Malaysia's King Muhammad V unexpectedly abdicated in early January, it was not bad health that forced the 49-year-old to give up his post. The youngest king in Malaysia's history apparently stepped down because of his liaison with a former "Miss Moscow," whom he is said to have secretly married. In 2008, he divorced his first wife, a Muslim princess from Thailand, making him the first unmarried king to ascend the throne. The king's private life, which is considered incompatible with Islamic values, has led the other sultans of Malaysia to believe that Muhammad V should be replaced. 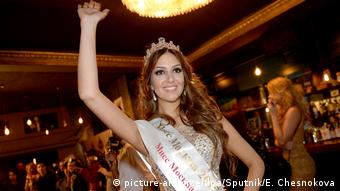 As a former part of the British Empire, present-day Malaysia has adopted some of the basic political structures of its former colonial rulers: a majority voting system and a constitutional monarchy. But in contrast to the British model, Malaysia established an electoral monarchy: The Malaysian head of state — the king, or, in Malay, Yang di-Pertuan Agong ("He Who Is Appointed Lord") — is elected every five years in a rotation process from the group of traditional rulers of Malaysia's states. There are 13 of them, but only nine, all on the Malay peninsula, are headed by members of their royal families, mostly with the title of a sultan. The two states of Sarawak and Sabah on Borneo (Eastern Malaysia), as well as Melaka and Penang in Western Malaysia, are federal territories headed by a governor. 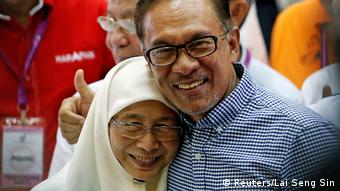 Back in politics after royal pardon: Anwar Ibrahim, who is associated with Prime Minister Mahathir through an eventful (judicial) history

The nine rulers and sultans trace their origins back to the time of the Islamization of Malaysia in the 15th century and in some cases even before that. Since Malaysia's first independent government in 1957, they have elected a new king every five years from their ranks as the nominal head of state, a symbol of national unity and guardian of Islam in a so-called "Conference of Rulers." This prominent position in the new state was the result of the decolonization process since 1948. The British granted the sultans certain special rights, such as the right of approval for constitutional changes and the appointment of the British high commissioner. This special role was then incorporated into Malaysia's modern constitution, though today, the official functions of the king are mainly ceremonial. 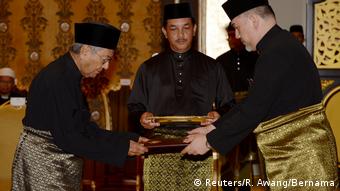 Limited power, but not powerless

Though largely a ceremonial post, Malaysia's monarch still signs off on most laws and appointments, including the prime minister. The king can dissolve parliament and pardon criminals, which played a role in the recent transfer of power from Najib Razak to Mahathir Mohammad.

Mahathir's former opponent Anwar Ibrahim, who was imprisoned for alleged homosexual acts and corruption, was released after a royal act of mercy and became the new prime minister's deputy. Other privileges of the kings, such as immunity from prosecution and the possibility of a binding veto against legislative decisions, were abolished during Mahathir's previous stint as prime minister.

King Muhammad V delayed the swearing-in of Mahathir, the clear victor in the parliamentary elections, for almost a whole day last May. But the state structures in Malaysia are stable and cannot be jeopardized by unruly sultans. Last year, Muhammad V wanted to prevent the appointment of a non-Muslim attorney general, but Prime Minister Mahathir insisted on his decision and the king had to give in. 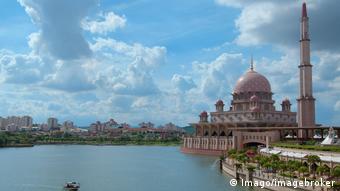 The new Putra Mosque with space for 15,000 believers is located right next to the prime minister's official seat

The importance of royalty lies primarily in its symbolic function as protector of the interests of the country's Muslim majority, which is also laid down in an article of the constitution (Article 153). "Many in Malaysia see the king as the embodiment of the traditions of the country's ethnic Malay Muslim majority, and the monarchy as a voice of objective reason," Serina Rahman of the ISEAS-Yusof Ishak Institute in Singapore told the New York Times. "As a result, politicians often cultivate support from sultans as a way of wooing voters from the Malay political base." 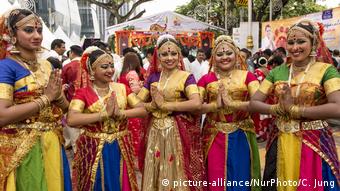 Hindus in Kuala Lumpur celebrating Diwali: tensions between ethnic and religious groups have a long history in Malaysia

Malaysia's society and domestic politics are still marked by ethnic tensions. 60 percent of Malaysia's 32 million inhabitants are Malay, the so-called "sons of the earth" (Bumiputras), 23 percent are Chinese and seven percent Indian, the latter mostly Hindus. The economic dominance of Chinese entrepreneurs and craftsmen has often been criticized by the Malay majority.

Also the "Pact of Hope," the coalition headed by Mahathir, has been under fire for allegedly neglecting the rights and interests of the Malays. In last May's elections, only 30 percent of Malay voters voted for Mahathir's coalition. In order to secure the support of the important Malay population, Mahahtir and his potential successor, Anwar Ibahim, will not be able to avoid engaging with Muhammad V's successor.

Tengku Abdullah Shah has replaced his father, Ahmad Shah, as the ruler of the Malaysian state of Pahang. Ahmad Shah was next in line to be king after the sudden abdication of Malaysian King Muhammad V. (12.01.2019)