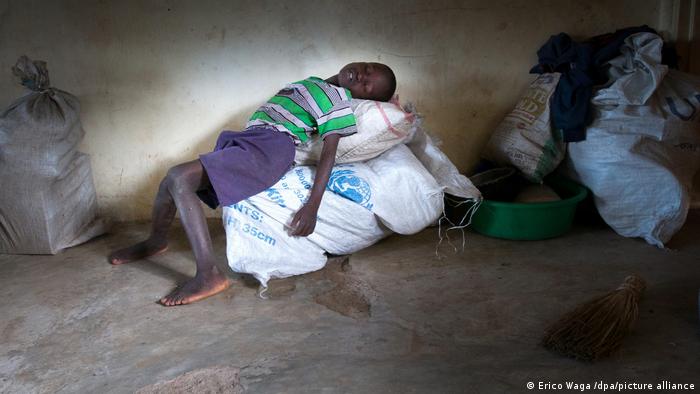 Young boys are among the most vulnerable to trafficking in Malawi

"I was 16 years old then when a certain gentleman came to our village to hire me as a domestic worker," said Zione, a Malawian trafficking survivor, who asked DW to use only her first name.

"He said his wife had just given birth and they had two little kids, which was why they needed help."

The job proved to be very different from what she was promised.

When she arrived in the capital, Lilongwe, from where she lived in the Ntcheu district in central Malawi, the teenager was instead taken to a shabeen.

There she was expected to serve alcohol and have sex with customers.

"My boss would collect the money that I would make from the sexual encounters with different men," she said. "I thought I had hit the jackpot going to town to work, but alas! My bubble got busted."

Zione only managed to escape when she told her story to a woman who gave her some money and connected her to a local NGO that helped her.

This is just one of the many stories of human trafficking in Malawi.

Others include that of a young Malawian boy forced by his parents to accompany a stranger to Mozambique, where he ends up herding cattle from dawn to dusk, without shoes and with little food.

And there's the story of a woman recruited through a Malawian employment agency to work in a private home in Kuwait as a domestic. Upon arrival, she doesn't see a cent of the promised salary, is never given a day off and isn't allowed to leave the compound.

Malawi has long been a trafficking hot spot in southern Africa.

A major driver for this is endemic poverty and extensive rural unemployment.

Malawi is one of the poorest countries in the world, ranking 174 out of 189 countries on the United Nations' Human Development Index. Half of the population lives below the national poverty line, and a quarter lives in extreme poverty. 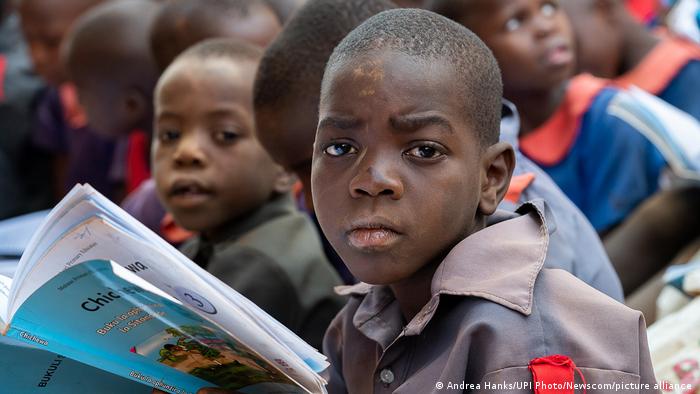 "Harmful cultural practices" also make Malawians more susceptible to trafficking, says Maxwell Matewere, National Project Officer for Malawi with the UN Office on Drugs and Crime and an expert on human trafficking in the country.

When boys and girls hit puberty, he explains, they go through initiation ceremonies after which they are seen as adults and are expected to bring income into the family rather than stay in school.

This combination of factors makes Malawi an "easy source country" for traffickers looking to recruit workers, he told DW.

Experts say trafficking in Malawi has worsened since the start of the coronavirus pandemic.

Before COVID-19, People Serving Girls at Risk, an NGO that helps trafficking survivors in Malawi's second-biggest city of Blantyre, saw two to three cases a week at their drop-in center.

During the pandemic, that number spiraled.

"Sometimes we would get seven cases a week, even up to 10 or 15 cases in a week," said Caleb Ng'ombo, the organization's executive director.

And the number of trafficking victims has remained high in the pandemic's aftermath, he said, as families struggle to break out of chronic poverty.

"The economic shocks created by COVID-19 are still unfolding and have worsened, especially in the  communities whose economies are already fragile," Ng'ombo told DW. 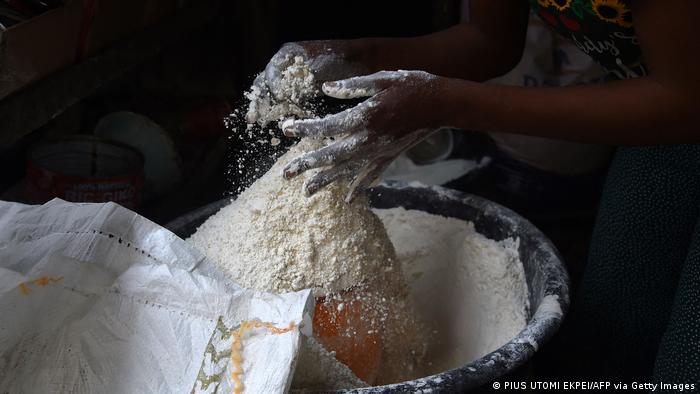 Malawians are also now reeling under surging prices for fertilizers, fuel, cooking oil and bread, partly because of the global fallout from Russia's war in Ukraine.

The UN's Maxwell Matewere expects this to increase the "number of families who are unable to provide adequate care to their children" putting children at "greater risk of human trafficking."

Most victims trafficked within Malawi

Many trafficking victims end up staying within Malawi's borders.

Traffickers often target boys who are lured from the south of the country to the central or northern regions, according to the US State Department's 2021 Trafficking Report in Malawi.

There, they often end up in forced labor on farms, especially in the tobacco industry, working as goat and cattle herders or making bricks. 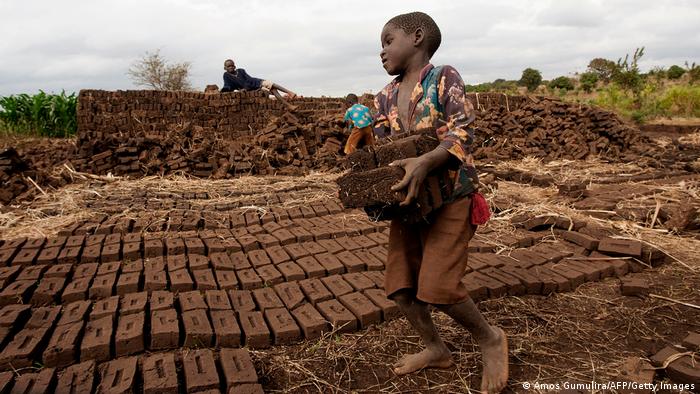 In Malawai, children are vulnerable to being trafficking and forced to work as laborers

Traffickers also target girls and young women in rural areas who are forced into the sex industry in Malawi's cities.

A smaller number of victims end up abroad. Of these, some end up in places like South Africa and the Gulf States, but more often they are transported across the border to Malawi's neighbors.

Malawi has strict laws against trafficking, including the 2015 Trafficking in Persons Act.

It also launched a national plan of action in 2017, and created a fund for survivors of trafficking.

The government has made more of an effort to crack down, the US State Department's 2021 report finds.

But police and other authorities are still under-resourced when it comes to catching and prosecuting traffickers.

Malawi's police arrested 48 suspects on trafficking-related charges and convicted only 29 traffickers in 2020, according to the report.

Trafficking 'thriving because of corruption'

"We still have high levels of corruption, and so most of the trafficking cases are thriving because of corruption," said Caleb Ng'ombo from People Serving Girls at Risk. "The people entrusted to do their job cannot do it because someone is paying them under the table."

And as for Zione, who escaped from forced prostitution, she is now undertaking counseling offered by an organization helping trafficking survivors.

Her advice to others: "Don't get carried away with strangers who promises heaven on earth. Continue with your education so that you can find a legitimate job in the future... There are clean jobs out there but only when you have an education."

Trafficking women in Europe — The Nigerian Mafia in Italy

Mirriam Kaliza in Lilongwe, Malawi, contributed to this article.

DW reporters, Jan-Philipp Scholz and Adrian Kriesch, follow the dangerous journey of human traffickers from Nigeria to Italy. They discover how young Nigerian women end up on Italian streets as sex slaves.