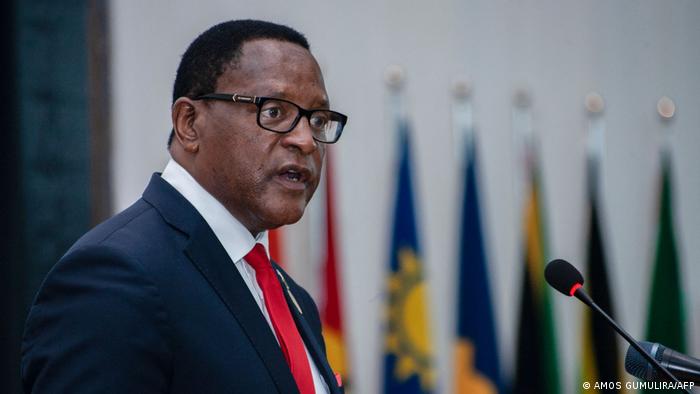 Chakwera was elected in 2020 on a promise to fight corruption but has recently come under criticism for his inaction.

Malawi's President Lazarus Chakwera on Monday dissolved his entire Cabinet over corruption charges against three of its members.

Chakwera told the nation in a televised address that "all the functions of Cabinet revert to my office until I announce a reconfigured Cabinet in two days."

He vowed to "confront all forms of lawless conduct by public officials."

Which ministers are accused of corruption?

President Chakwera said that he had taken the decision to allow the three ministers and other public officers to account for their charges.

How serious a problem is corruption in Malawi?

Chakwera was elected in 2020 on a promise to fight corruption. He has recently come under criticism from the Episcopal Conference of Malawi (ECM) and the Public Affairs Committee (PAC) — which comprises church groups that act as a government watchdog — for his inaction.

"Let no suspect, however powerful, wealthy, or who their connections are, be shielded or protected," read a recent statement by Catholic bishops from the ECM.

Chakwera also serves as the head of the Malawi Congress Party (MCP), the country's oldest political party and the largest in Malawi's ruling Tonse Alliance.

The president has faced a growing rebellion from within the alliance, with many members accusing the MCP of corruption and nepotism, while at the same time pursuing economic policies that threaten to drive the country into a full economic crisis.

Chakwera's decision came shortly after the arrest of three former officials of the Democratic Progressive Party (DPP), which previously ruled Malawi — the arrest included the former finance minister and central bank governor, arrested on allegations they manipulated accounts to obtain loans from the International Monetary Fund (IMF). Both men were considered favorites to challenge Chakwera in Malawi's 2025 presidential election.

Malawi is amongst the smallest countries on the African continent as well as one of its most densely populated.

It is one of the world's poorest countries, with nearly three-quarters of its population living on less than $2 (€1.77) a day. Malawi has suffered massive floods, prolonged drought, crop-destroying pests and the coronavirus pandemic — leaving 15% of its population in desperate need of food aid.