A Catholic priest, a policeman and 10 others conspired to commit a brutal murder in rural Malawi in 2018. A court has found them guilty of mutilating the 22-year-old victim for the pigment of his skin. 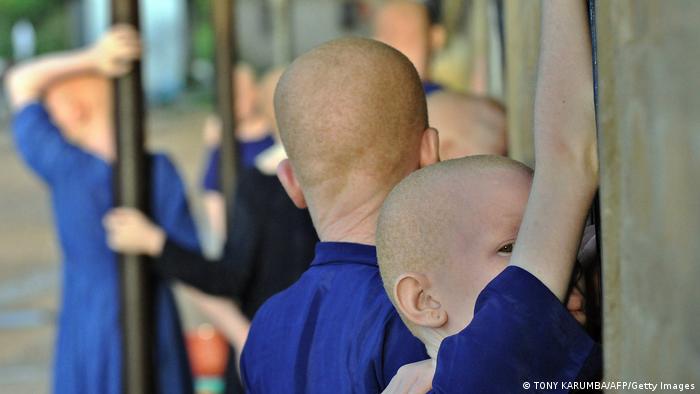 Across Africa, people face the risk of mutilation and even murder for having albinism

From the day they are born, they have to hide in the shadows. They're derided for the way they look, ostracized from communal life and persecuted. In some cultures, superstitious beliefs are attached to their physical appearance, from magical curses to healing powers.

Taken to the extreme, they can be chased down, mutilated and murdered for their bodies. Their crime? A congenital inability to produce melanin. To have albinism can mean a death sentence in some parts of sub-Saharan Africa, where according to the medical journal The Lancet, 1 in 5,000 people is born with the skin condition.

One such case of a brutal murder made headlines in Malawi again this week, when a Catholic priest, a police officers and 10 others were handed down severe prison sentences for the 2018 murder of a man with albinism.

One of the co-conspirators was the victim's own brother.

Tricked into a 'death trap'

MacDonald Masambuka, a 22-year-old man with albinism in Malawi's southern Machinga district, disappeared on March 9, 2018. Three weeks later, his body was found, mutilated. It later emerged that the priest had intended to sell off body parts — in particular his bones — for his own profit.

It took four years to get justice for Masambuka, who had been lured out of his house on the pretense that someone had found a wife for him. His trust and his excitement about starting a new life with a potential partner were abused, and Masambuka walked right into what Judge Dorothy NyaKaunda Kamanga called "his death trap."

"The convicts took advantage of the deceased's psychological need for love," Kamanga said, delivering the ruling in the southern city of Blantyre, about 300 kilometers (180 miles) southeast of the capital, Lilongwe. "The offense was motivated by the disability of the deceased, that of albinism," she added.

In Malawi, superstitions about people with albinism have even resulted in the murder of little children as young as 2 years old.

Malawi state prosecutor Pilirani Masanjala told DW reporter Miriam Kalisa that the convictions set a promising precedent, especially as the sentences — which range from 30 years for the priest, Thomas Muhosha, and the police officer, Chikondi Chileka, to life for other defendants — include hard labor.

"In as far as the judiciary and even the criminal justice system is concerned, it ensures that all the persons found, charged and convicted of these types of heinous crimes will face the full arm of the law," Masanjala said. "It's a good sign for us as law enforcement agencies," he added. 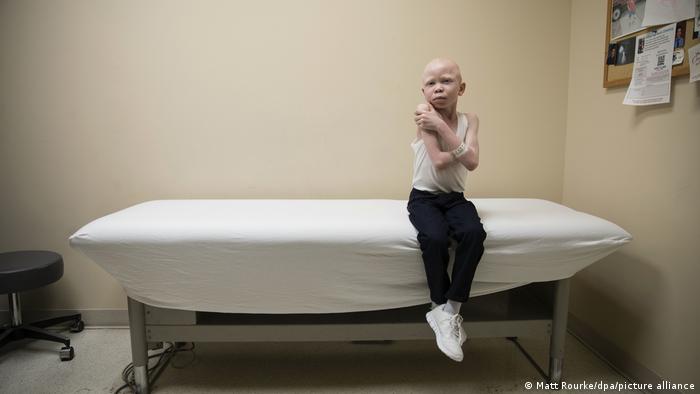 Amnesty International welcomed the ruling but stressed that Malawi's criminal justice system "must be strengthened so that these cases are thoroughly, independently, transparently and effectively investigated, and perpetrators are finally held to account."

The defense lawyer in the case, Masauko Chamkakala, told DW that appeals could still be filed.

"We have to study the judgment and the ruling of the courts and consult our clients then. Thereafter, we are going to make a decision whether to appeal or not in the Supreme Court," he said. Potential appeals would be based on the fact that the prison sentences are not in line with the original pleas lodged by the defendants, he added.

Amnesty's director for East and Southern Africa, Deprose Muchena, said: "The fact that 12 people were involved in this appalling crime ... shows the depths of discrimination that persons with albinism face in Malawi.

"It's an ugly, outdated, and dangerous practice that needs to be prevented and eradicated once and for all." 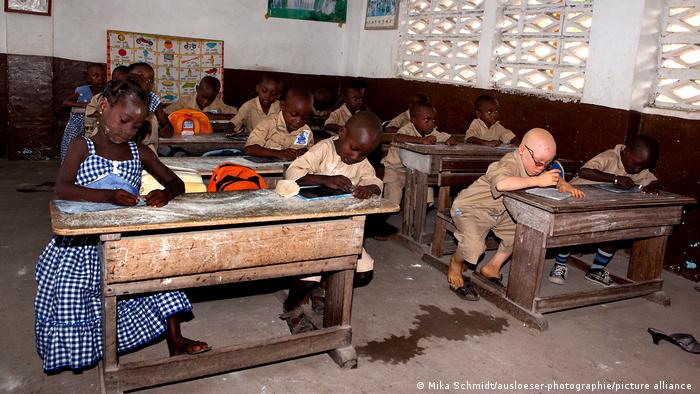 At least 20 people with albinism were killed in Malawi in the four years preceding MacDonald Masambuka's murder, according to Amnesty International.

A March 2022 report by the UN High Commissioner for Human Rights counted at least 600 attacks on people with albinism in the past 10 years across the world. Though education and awareness are the solutions typically floated, it remains difficult to reach rural and remote communities.

Across Africa, attacks are particularly prevalent in Malawi, Zambia, Zimbabwe, South Africa,  Tanzania and beyond. But public campaigns and increased visibility of people with albinism in positions of influence and leadership are beginning to turn the tide on that narrative.

One such example is Abdallah Possi, Tanzania's ambassador to Germany. Possi and his brother were both born with the condition, which — in addition to the social dimension — also comes with certain elevated health risks, including a higher propensity to skin cancer. Positive attitudes towards albinism are still rare in Africa

Possi told DW that he received support from his family growing up, even though there were episodes of marginalization, as well, which came "with a lot of other negative things, of course: stigma, discrimination and even violence."

He said "things have changed a lot" and appealed for a greater sense of understanding for the fact that certain superstitions might not fully be grounded in an antiquated form of mysticism but could be rather emblematic of the abject poverty felt in certain parts of Tanzania.

"Of course, there are those beliefs that some people [think] that if you have body parts and somehow use them ... you could get rich," he said. "Although one has to be very careful with the definition of wealth here: Having an iron-corrugated roof on top of your house could be considered as very wealthy."

Out of the shadows: Jane Waithera fights discrimination against people with albinism

The 77 Percent: Living with albinism in Kenya

Living with albinism can be risky in some countries in Africa. In Kenya stigma exists, but things are better. Here, three young men tell their positive stories of living with the condition in Nairobi.

Burkina Faso's junta leader Damiba ​​— whom military officers claim to have ousted — urged coup plotters to avoid a "fratricidal war." Damiba himself came to power in a coup less than a year ago.