Major Euro-Zone Expansion on Hold Until Next Decade | Business | Economy and finance news from a German perspective | DW | 10.12.2006

Major Euro-Zone Expansion on Hold Until Next Decade

Five years after 12 EU members switched to the single European currency, hopes for a rapid expansion of the euro zone have been dashed by delays in eastern Europe and a lack of interest from west European holdouts. 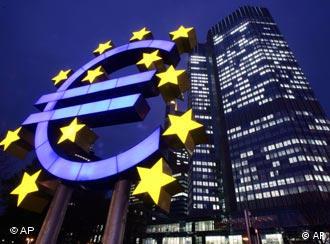 The euro's founders are tougher on newcomers

In 2002, 304 million European citizens in countries including France, Germany, Ireland and Spain waved goodbye to their francs, marks, punts and pesetas, and expectations were high that they would be joined by millions more by the end of the decade.

With the exception of Britain and Denmark, which have special euro-zone opt-outs, all European Union members are supposed eventually to make the euro their official currency.

Economists at the time predicted that the 10 countries which joined the EU in 2004, mostly former members of the communist bloc, would adopt the euro no later than 2010. A first wave of three or four countries was expected to be ready by January 2007.

But the forecasters failed to take into account that there would be governments that were able but unwilling to adopt the euro, others that were willing but unable, and some that were neither willing nor able. In the end, the club will gain just one new member on Jan. 1, when Slovenia's two million inhabitants give up their tolars.

Cyprus' population of 750,000 and the 400,000 Maltese are expected to swap their pounds and liras the following year. Slovakia, with a population of 5.4 million, is also on course to switch from the koruna in January 2009, despite the formation earlier this year of a coalition government including euro-skeptic populists and the far right. 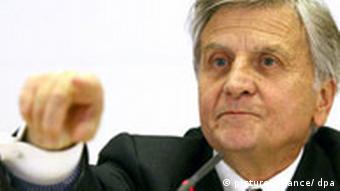 But things are looking more complicated for the six other countries that joined the EU two years ago, taking the bloc's membership to 25.

The Baltic nations of Lithuania and Estonia had hoped to join the euro zone in 2007. In theory, nothing could have been easier. The Lithuanian lita and the Estonian kroon are tied to the euro and the health of their public finances, a key measure for euro-zone membership, causes envy in countries like France or Germany. But both are experiencing spectacular growth -- in Estonia the rate was 12 percent in the third quarter alone -- and consumer prices are rising slightly faster than in the rest of the EU.

The Maastricht Treaty, which laid the foundations of the euro zone, sets inflation caps for members, and the Baltic states have been just shy of the target. Lithuania was annoyed that it did not get a green light earlier this year. In March, its average inflation rate was just 0.06 percent above the limit.

The stern stance of the 12 euro-zone members towards potential members was a surprise for economists, who say the inflation criteria are irrelevant for countries that are catching up with western Europe and have already pegged their currencies to the euro.

In order to achieve the living standards of the EU's western members, the former communist countries have little choice but to let salaries and prices increase, which inevitably fuels inflation.

The current intransigence contrasts with the indulgence toward euro-zone founders such as Belgium and Italy. Both were allowed to adopt the single currency even though their public debt represented more than 100 percent of their gross domestic product. Under euro-zone rules, the maximum is supposed to be 60 percent. 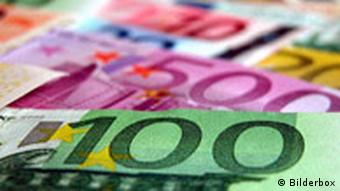 Come January, one more country will join the euro

While they are solid supporters of the euro, the Baltic states have bitterly resigned themselves to having to wait -- but are making their discontent known.

"It would not be very good if the otherwise good performing countries are left out of the euro area for an extended period, just because of the inflation criterion," Estonian Finance Minister Aivar Soerd told AFP.

Apart from Slovakia, other new EU members in central Europe have put the euro on the back burner. Poland, where euro-skeptic conservatives have been in power for a year, has declined to fix a timetable, simply saying that it aims to hold a referendum in 2010 on whether to give up the zloty -- even though joining the single currency was one of the planks of the EU membership treaty already approved by Polish voters in 2003. Warsaw points to the example of Sweden, which joined the EU in 1995 and decided to keep the krona after a referendum in 2003.

Hungary, which faces a plunging public deficit, has pushed its euro-zone target back to 2013, while the Czech Republic is planning to join in 2012.

The European Commission gave Slovenia a green light Tuesday to join Europe's single currency next year, but held off on offering approval to Lithuania. (16.05.2006)

A widening budget deficit continues to haunt Berlin. Spending cuts and tax increases are supposed to shrink the horrific shortfalls. Some would like to sell the country’s treasured gold reserves to help make ends meet. (14.03.2006)

The euro is the currency unit in 12 countries. Upon the expansion of the bloc, the new states in the east have committed themselves to joining the currency union but the path is filled with numerous obstacles. (07.12.2005)