A widening budget deficit continues to haunt Berlin. Spending cuts and tax increases are supposed to shrink the horrific shortfalls. Some would like to sell the country’s treasured gold reserves to help make ends meet. 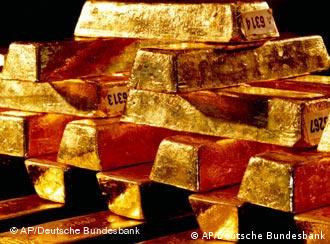 Should this be dumped to help the country's budget difficulties?

The world is again being seized by gold fever. Over the course of the past five years, the price of bullion has doubled. The current value of some $550 (462 euros) for one troy ounce is not even close to the all-time highs of the early 1980s. But the increase, particularly the sharp rise in the past 12 months, has made investors think twice about taking their chips off the table and cashing in.

And that includes the German government.

With over 3,400 tons of gold, Germany possesses the second-largest amount of the precious metal in the world -- behind the US, which has more than 8,000 tons. While the country boomed in the decades after World War II, Germany's central bank, the Bundesbank, bought up the huge amounts to win confidence from outsiders and to secure a stable international currency, despite the fact that the German mark was not on the gold standard.

The move paid off. The deutsche mark became the favored currency on the continent -- until 2002. 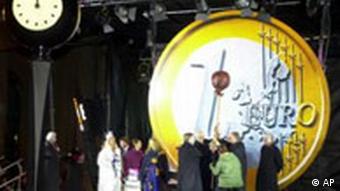 The death knell for the German mark -- the euro

When the euro was brought into circulation in its metal and paper form on Jan. 1, 2002, the Bundesbank suddenly lost it primary responsibilities -- the minting of coinage and bills, circulation and fiscal duties. Overnight, the Frankfurt-based institution became a veritable equal among all the other central banks of the euro zone. The center of monetary power shifted within Germany's financial capital to the European Central Bank, whose modern headquarters far outshined those of the old German mark managers.

But the Bundesbank is still responsible for the gold reserves that are currently worth some 50 billion euros ($60 billion). Bank president Axel Weber has repeatedly rejected calls from politicians in Berlin to be more generous with the gold reserves and has not responded positively to possible legislation that might force his hand. 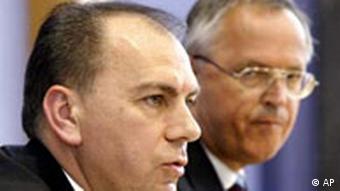 "We are not pursuing a change of the current law," he said in an interview with Dow Jones News published on the Bundesbank Web site. If the law is amended then it is "mandatory, that our autonomy with regard to politically-related currency decisions and the management of the (gold) reserves not be touched."

Christian Democratic parliamentarian and budget committee member Steffen Kampeter was more diplomatic in his assessment of the bank. 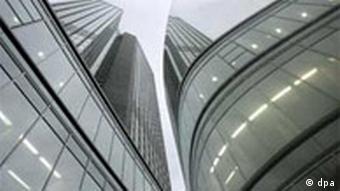 Guardians of the euro -- the ECB headquarters in Frankfurt

"We have to ask ourselves, and the bank must ask itself, just how many gold reserves are necessary for a central bank that no longer manages a single currency," Kampeter said. "It would be smart to think of other reserve alternatives, such as other currencies."

Gold analyst Philip Klapwijk from GFMS in London agreed with those sentiments.

"Given that over 50 percent of the Bundesbank's foreign reserves are in gold (valued at market prices), there is a case for reserve diversification," he said. "Studies show that some gold in the portfolio does improve risk adjusted returns but the current holdings of the Bundesbank are excessive for this purpose."

Just how many assets should the government sell?

Officially, Bundesbank chief Weber has argued that the bank's independence cannot and should not be violated. Its legal status of being free from political influence is clear, he has said. But reading between the lines suggests another message.

"The country cannot go around selling all its assets," said Michael Schubert, the chief economist of Commerzbank. 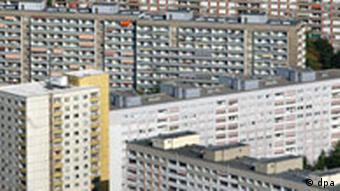 To get out of debt, local governments are selling properties

Yet the German federal government has been doing just that in the last decade, privatizing the country's fortunes in a fashion resembling a fire-sale. Since 1995, 60 billion euros ($72 billion) worth has been sold.

"The sale of assets is the wrong perspective for politicians to have," said Deka Bank chief economist Ulrich Kater. "Gold should not be a reserve for the state. Reserves shore up confidence and the sales distract from the real problem."

That problem, according to almost all economists, bank president Weber included, is Berlin's failure to balance the country's budget. The profits from the sale of gold would only be a drop in the bucket towards plugging the budget shortfalls -- and it can only happen once.

Plus, it is not the responsibility of the Bundesbank to pick and choose when might be a profitable time to sell the gold. To do that, the bank would have to be privatized itself, an event that is as improbable as an overnight cure to the country's financial difficulties.

German banks are drowning in bad debts, particularly in the real estate branch. Yet one man’s trash is another man’s treasure. American equity funds have been snapping up the portfolios being discarded in Germany. (April 7, 2005)

EU to Call on Germany to Fix Deficit by 2007

European Union finance ministers are to call on Germany to bring its public deficit to within EU norms by 2007 when they meet in Brussels tomorrow, according to an official with the EU's Austrian presidency. (March 13, 2006)