Australian Prime Minister Tony Abbott has said that police raids and arrests in Sydney and other locations were tied to "specific intelligence" of plans by the "Islamic State" for public executions in Australia. 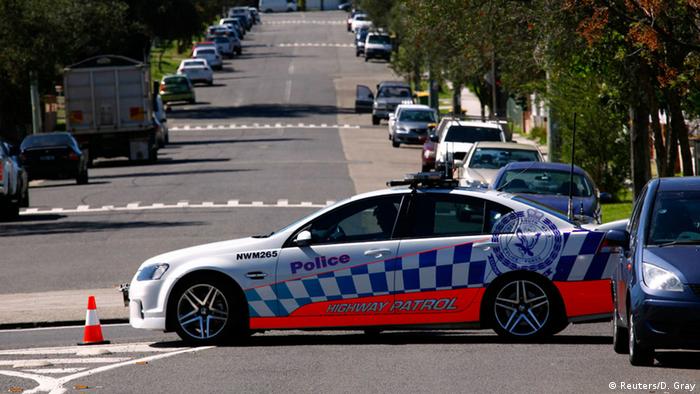 Fifteen people were detained in Sydney, Australia, on Thursday, as part of major counterterrorism raids also focusing on the city of Brisbane. Prime Minister Tony Abbott said the operation, reported as the largest of its kind in Australia by domestic broadcaster ABC, was based on specific intelligence of planned attacks.

"The exhortations, quite clear exhortations, were coming from an Australian who is apparently quite senior in ISIL to networks of support back in Australia to conduct demonstration killings here in the country," Abbott said, using the name formerly claimed by the self-proclaimed "Islamic State" (IS) terror group.

"So this is not just suspicion, this is intent and that's why the police and security agencies decided to act in the way they have," Abbott said. 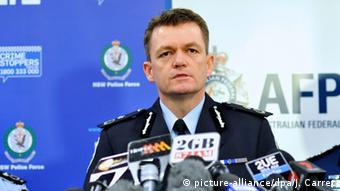 Australian Federal Police Acting Commissioner Andrew Colvin told reporters that one of the suspects arrested on Thursday was charged with "serious terrorism offenses" and was set for a first Sydney court appearance later on Thursday.

"Police believe that the group that we have executed this operation on today had the intention and had started to carry out planning to commit violent acts here in Australia," Colvin said. "These violent acts particularly related to random acts against members of the public."

Queensland Police Commissioner Ian Stewart confirmed a string of raids in Brisbane suburbs as part of the 800-officer-operation, but did not say whether any arrests were made.

Australia last Friday raised its terror threat level, citing the risk of radicalized fighters returning from Middle East warzones like Iraq and Syria. Several other countries, not least Germany, are facing similar concerns. The government in Canberra has also pledged military support for the US-led operations against the IS in Iraq and potentially Syria.

The ABC reported that court documents would reveal that the group was allegedly planning to snatch a random member of the public, drape them in an IS flag, and then behead them on camera.

"These people, I regret to say, do not hate us for what we do, they hate us for who we are and how we live. That's what makes us a target," Prime Minister Abbott said. "It's important our police and security organizations be one step ahead of them and this morning they were."

Australia's government estimates that around 60 Australian citizens are directly involved with some groups, saying a wider network in the country sympathize with their cause.

The US said the leader of the so-called "Islamic State" was "taken off the battlefield" in a raid in northwestern Syria. Abu Ibrahim al-Hashimi al-Qurayshi blew himself up during the raid, President Joe Biden said.

Ten warrants were executed across the German state of Hesse on suspicion of financing a terror group. The accused include eight men and two women between the ages of 20 and 51.

The suspect is alleged to have rented a car that was seen outside the Bataclan concert hall during the 2015 terror attacks that killed 130 people in total. In court, the suspect said he "didn't kill anyone."