Mainstream outlets need to judge benefits of publication | World | Breaking news and perspectives from around the globe | DW | 14.01.2015

As the satirical magazine Charlie Hebdo comes back with a vengeance, depicting a crying Prophet Muhammad on its cover, DW asks media professor Jane Singer about the ethical dilemmas of publishing such cartoons. 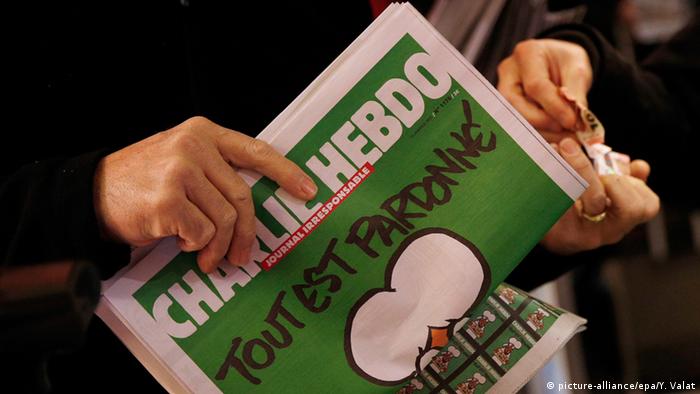 DW: Major US media, like the New York Times, the Washington Post, the Wall Street Journal or the Associated Press have traditionally been very reluctant to publish offensive cartoons like those regularly published by Charlie Hebdo. Can you explain the editorial motivation behind the decision to publish.

Jane Singer: Yes, I think mainstream outlets will judge whether there is harm or offense caused to any individual or group of individuals and will weigh that against the benefit to the public the public service benefit of publication. And I think in many situations the benefit is not going to be great enough to merit the offense.

You can describe in words or you can find other ways to illustrate or tell a story or make a point without causing offense, without there being a really good reason to do that. That is not really what those publications are about. Those publications are very good media organizations with long-standing credibility and a wide and diverse audience and they will make a decision based on what they think is going to serve the greater good. I think they would make a decision to publish something controversial if they felt that that overrode the concerns. 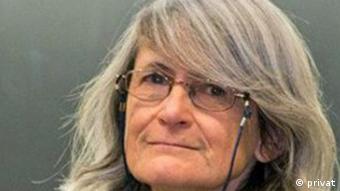 This is an ethical decision balancing the value of a publication against the harm it would cause. It has nothing to do with law or legal policies. The law in the United States is that the First Amendment guarantees the freedom of speech also for the press. So they have the legal right and can choose to publish or not to publish.

It is one thing to not offend one's readers, another is to inform your readership about the news, which today is the publication of the first edition of Charlie Hebdo since the shooting and this, of course, features again a cartoon of Mohammad. The NYT and AP decided in this case again not to publish the new cartoon, whereas the Washington Post and The Wall Street Journal did. Where do you draw the line?

It would probably depend on the outlet I was working for. I personally would probably not publish it. I think there are plenty of other ways to tell that story and to show solidarity and to communicate support without doing something that I know causes offense. This is a difficult issue. The offense in this particular cartoon is of depicting the Prophet Mohammad which of course is something that does offend Muslims who believe it to be inappropriate. To me this particular cartoon, however, seems to me to be sympathetic and to depict a unity of grief shared by Muslims and non-Muslims, so to me the message of this cartoon is not offensive, while the issue itself of depicting the prophet is. So this is a difficult issue and that explains why you see some very conscientious media choosing to publish and others not to. This is a tricky issue because while other cartoons published by Charlie Hebdo were designed to cause offense, this one does not do so in the same way.

New Internet media outlets, like Buzzfeed or the Daily Beast, proudly republish incriminating cartoons and have accused those who do not publish of self-censorship. What is your response?

Well, editors and journalists make decisions on what to publish and what not to publish on all sorts of grounds. I mean it is a very derogatory term to say that you are censoring yourself, you're making a decision about what to include in your media outlet and what not. If I were the NYT I would not see a reason to needlessly provoke. I would not see it as self-censorship but as weighing harm versus a good. I could reverse that charge and say you are making a self-serving statement by saying well we're going out and do this - I'm not sure what exactly they are proving. But I think each outlet has to make that call on their own.

Kurdish men on a mission to save IS captives

With a web of safe houses and contacts throughout "Islamic State" territory, two Kurdish men claim to have rescued over 220 captives from the "caliphate." Sheren Khalel and Matthew Vickery report from Zakho, Iraq. (14.01.2015)