Charlie Hebdo around the world | World | Breaking news and perspectives from around the globe | DW | 14.01.2015

Sold out, but reprinted around the world: Charlie Hebdo continues to make waves. Who has been showing the magazine's newest cartoons - and who hasn't? 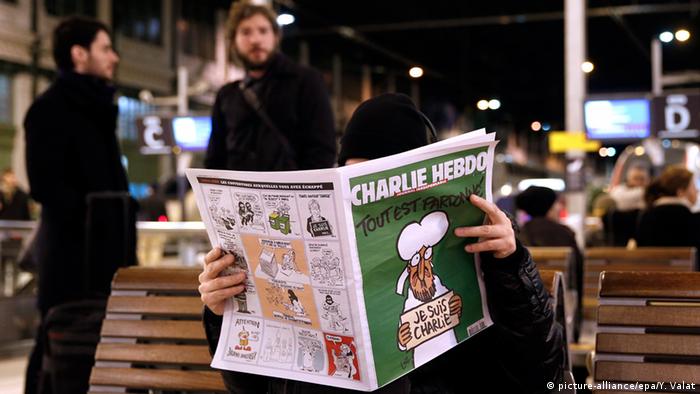 "Plus de Charlie Hebdo" - "No more Charlie Hebdo" – this notice flashed from many newsstands in France on Wednesday morning. The new Charlie Hebdo issue was sold out at dawn at most kiosks in the country. Three million copies had been printed – 50 times more than before the attack.

The French company MLP, in charge of distributing Charlie Hebdo, told DW that the magazine is now available in six more countries than before the attack. Among others, the US, Great Britain and Norway were now receiving copies. All in all, 26 nations are featured on MLP's list of countries where copies of Charlie Hebdo can be bought – most of them being European. More countries might be added soon. MLP said it had received new requests from Lebanon, Cameroon, Singapore, Chile, the Dominican Republic and five other countries.

But also those readers who do not have access to the original copy had the chance to see – or were confronted with – the cartoons produced by the magazine's surviving staff. Charlie Hebdo's front page was widely reproduced by Western media, but also heavily criticized as blasphemous by many Muslims around the world. 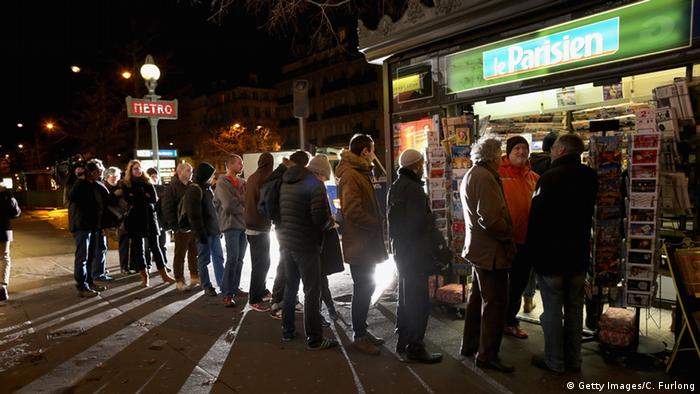 In Paris, you had to wake up early to get a copy of Charlie Hebdo.

Most French media outlets decided to reproduce Charlie Hebdo's front page cover depicting a crying Prophet Mohammed underneath the slogan "All is Forgiven". Among them were the widely-read newspapers Le Monde, Libération and Le Figaro.

Charlie Hebdo lives on, as blasphemous as ever

The Parisian satirical magazine Charlie Hebdo will appear on schedule on Wednesday, even though half of its editorial team were killed by Islamists last week. It's a triumph for press freedom - and laughter. (14.01.2015)

Militant Islamist organization al Qaeda in Yemen has claimed responsibility for last week's attack on satirical French magazine Charlie Hebdo. The news came as copies of the "survivors' edition" sold out in France. (14.01.2015)

Charlie Hebdo's caricatures hit all world religions fearlessly. But why do Islamists condemn depictions of the Prophet so strongly? Why have monotheistic religions banned icons throughout history? (14.01.2015)

As the satirical magazine Charlie Hebdo comes back with a vengeance, depicting a crying Mohammed on its cover, DW asks about the ethical and editorial dimensions behind a decision to publish such cartoons. (14.01.2015)

In Britain, The Times of London and the Guardian showed the image, as well. The Guardian's website included the warning: "This article contains the image of the magazine cover, which some may find offensive." The Independent also put the cartoon in its print version ,while The Daily Telegraph didn't show it at all. The BBC featured the cover on its news programs. In Spain, leading daily newspapers published the image online and the state broadcaster showed it on news bulletins. In Denmark, the Jyllands-Posten newspaper that had triggered riots by printing Muhammad caricatures in 2005, did not reproduce the cover.

Turkish pro-secular newspaper Cumhuriyet on Wednesday published a four-page pull-out edition with excerpts from Charlie Hebdo. It did, however, not include the controversial front cover showing the cartoon depicting the Prophet Mohammed. The newspaper said that police had allowed distribution to proceed after verifying that no images of Mohammed had been printed. After a small group of pro-Islamic students had staged a protest outside the paper's office in Ankara, police were standing guard at Cumhuriyet's entrance. Later on Wednesday, a Turkish court in the city of Diyarbakir declared that all websites publishing the Charlie Hebdo cover would be banned. The state-run news agency Anatolia reported that the court had ordered the telecommunications authority to enforce the ban.

Dar al-Ifta in Cairo, one of Islam's most important centers of religious edicts, called the cover an "unjustified provocation" for millions of Muslims. It warned that the cartoon would likely spark a new wave of hatred. Major Arab international broadcasters Al-Arabiya and Al-Jazeera decided not to show the cover in their reports. Iran, which had strongly condemned last week's assault on Charlie Hebdo, called the magazine's new cover an insult to Islam. Foreign Ministry spokeswoman Marzieh Afkham said that the publication of the cartoon "provokes the sentiments of Muslims the world over."

In Africa, many newspapers did not run Charlie Hebdo's latest issue as one of their most important items on their front pages. Many media outlets on the continent on Wednesday put reports by news agencies on their sites about the magazine. Most of them decided not to depict the cover of Charlie Hebdo. In Kenya, the Daily Nation newspaper showed a picture of people standing in line to buy the latest issue in Paris. The Council of Imams and Preachers of Kenya had condemned the caricatures of Mohammad as blasphemous. 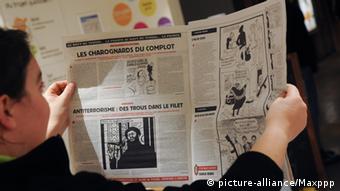 It is the magazine's first issue after the attack.

In India, 24-hour Hindi news television channel Aaj Tak published Mohammed cartoons from Charlie Hebdo on its website. Chinese People's Daily, the government's official newspaper, featured the front cover of the magazine on its website. Tokyo-based Yomiuri, one of the world's biggest selling newspapers, did like many other media outlets worldwide and showed the header of Charlie Hebdo's front cover without showing the actual image of Muhammad.

The Australian, the country's biggest-selling national newspaper, printed a photo of Islamic community leader Keysar Trad holding the latest edition of Charlie Hebdo on its front page. "While the cartoons may be offensive to some Muslims, the magazine has been doing the same thing with religious leaders and has been doing it for years,” Mr Trad said according to the Australian. Australian Prime Minister Tony Abbot welcomed the newspaper's move, saying that he would prefer to soften Australia's legislation banning racial discrimination. 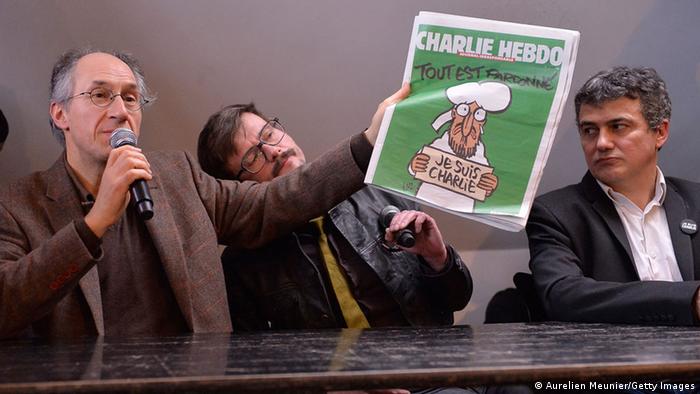 The surviving members of the magazine's staff presented the cover in a press conference on Tuesday.

In the United States, many news media were more reluctant to show the image. The New York Times, the second most-read newspaper in the US, reported on the cover under the headline "Charlie Hebdo's Defiant Muhammad Cover Fuels Debate on Free Speech". The newspaper decided to link to the cover on French Libération's website instead of featuring it on its own servers. The Associated Press has a policy to avoid images designed to provoke on the basis of religion and did not run the cartoons. The ABC network and CNN didn't show the cover online or on the air.

The images did however run on CBS programs. The Prophet Mohammed illustration was also displayed in the online editions of The Wall Street Journal and USA Today - number one and three respectively in terms of US circulation. The Washington Post, as well as tabloids like the New York Daily News or the The New York Post, were among the news outlets featuring the cartoons.

In Latin America, the cover was widely published. Washington-based Newseum, the museum of news and journalism, says that twelve of the 58 Brazilian newspapers, most of them Metro publications, published the cover. The Prophet's image appeared in the online editions of prominent newspapers throughout the Americas: Argentine's largest-circulation Clarin daily, Brazilian public broadcaster EBC, leading Peruvian daily Peru 21, La Nacion in Costa Rica or El Universal in Mexico.