Europe's largest illegal settlement lies just outside the Spanish capital, Madrid. A sprawling tangle of tents and cement houses, Cañada Real is now home to over 40,000 people. But maybe not for long… 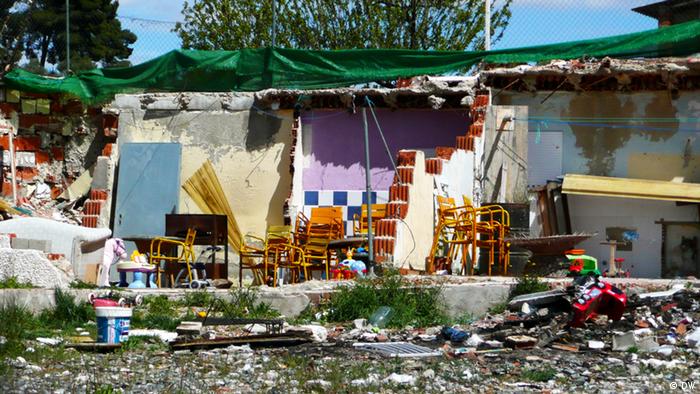 In Cañada Real, roads and alleyways are unpaved. Houses are made of corrugated metal or cement. Some lots are just piles of garbage.

Forty years ago, Cañada Real was built by peasants who moved to Madrid for jobs. With the economic crisis, the settlement has swelled to some 40,000 residents - a mix of North Africans, Roma people and other immigrants and Spaniards down on their luck. 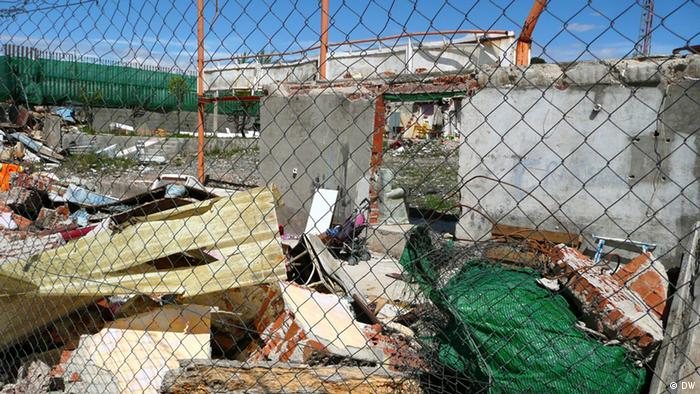 Cañada Real is a sprawling mess of concrete, metal, rubbish and people

Cristina Pozas, a Spaniard, has lived here for 11 years.

"[Cañada Real] has been here for generations," she told DW as she opened a chain link gate outside her house. "But now the suburbs are encroaching on us, and suddenly, we are a bother. The city has arrived, and they want to get rid of us. They want the money this land could bring them, and they want us to disappear."

After decades of turning a blind eye to this illegal settlement, cash-strapped municipal authorities want the land back. Over the past two years, bulldozers have been sent to demolish dozens of homes here. One of those houses belonged to Abdul Ghailan.

"They totally left me in the street," says Ghailan as he kicks a pile of rubble, all that's left of his home. "Look at this ceramic tile. It's from my homeland, Morocco. Thanks to help from my neighbors here, I rebuilt my house after they destroyed it the first time. But six months later, they came in the morning and demolished it again, leaving me and my family in the street."

Cañada Real is built on a traditional livestock path, on a 14-kilometer-long dry riverbed that's been public land for 700 years. From Spain's perspective, people are allowed to be here, just not to build permanent dwellings.

Residents pay income and sales tax, but not on property. Most built their houses themselves, with water tanks but no sewers. There are no schools or health clinics. People have to walk to other neighborhoods for medical services. And they often use friends' or relatives' addresses to get appointments, says Pozas.

"When my sons apply for jobs, they give the address of their grandparents. Because if they admit that they live in Cañada Real, no one will give them work. And they are very accomplished students." 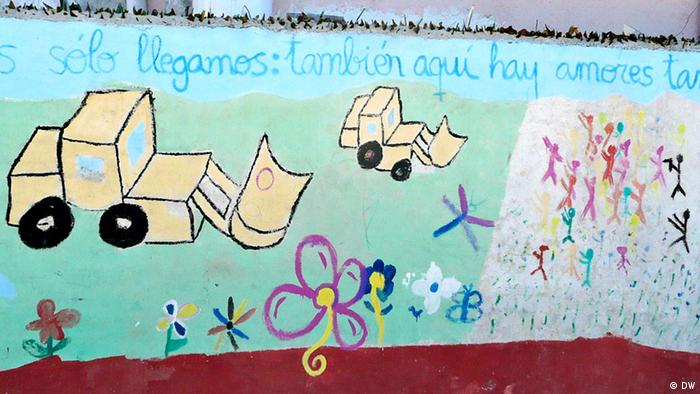 What's worse than living in squalor? Perhaps only the prospect of being bulldozed out of it

The stereotype of Cañada Real is unfair, says Marta Mendiola, of Amnesty International.

"The local authorities have tried to criminalize people living there. They always have represented this area as a drug area, as an arms-dealing area."

And though it is thought that up to 90 percent of Madrid's drug supply is trafficked through Cañada Real, residents and human rights groups say the problems are exaggerated in a bid to win public support for demolitions. The drugs issue draws attention away from the real problem, they say: Spain's lack of affordable housing.

Luis Nogues is a social worker and professor who studies Cañada Real. He says many construction companies looked for workers here during the housing boom of the mid 1990s.

"But with the onset of the crisis Cañada Real no longer serves a purpose for big business interests in Madrid. And that's the problem. So they're poised to remove it now. The only question is how." 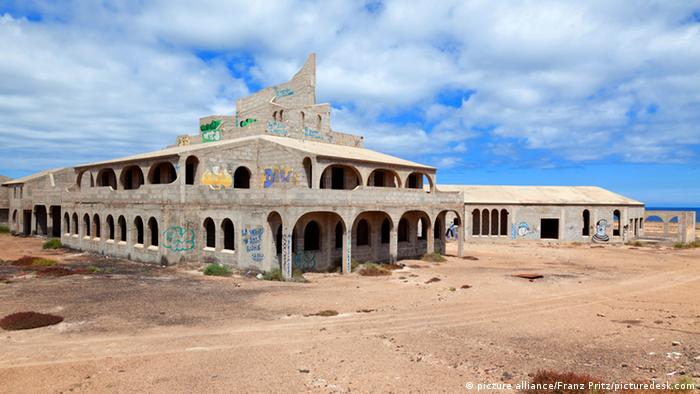 The biting irony of the situation in Cañada Real is that many of the people here helped build the high-end housing projects that now sit empty, while they live in squalor.

Abdul Ghailan, whose house was demolished, struggles to explain this all to his two kids.

"They say, 'Papa, it's okay, we can build another house.' I tell them our house was built poorly, and that I'll build a better, more beautiful house for them. I say it to calm them - to stop them from worrying."

But there is more than enough reason for Ghailan and his family to worry. Cañada Real is near one of the sites where developers are thinking about building 'EuroVegas,' a casino complex that would bring much-needed revenue to the city of Madrid.

Debt-stricken eurozone members Italy and Spain have seen yields on their short and medium-term sovereign bonds easing. The results of the latest auctions are largely based on hopes of ECB intervention, though. (28.08.2012)