German prosecutors say they possess concrete evidence in the case against Madeleine McCann suspect Christian B. Police recovered memory sticks that provide a link, according to one media report. 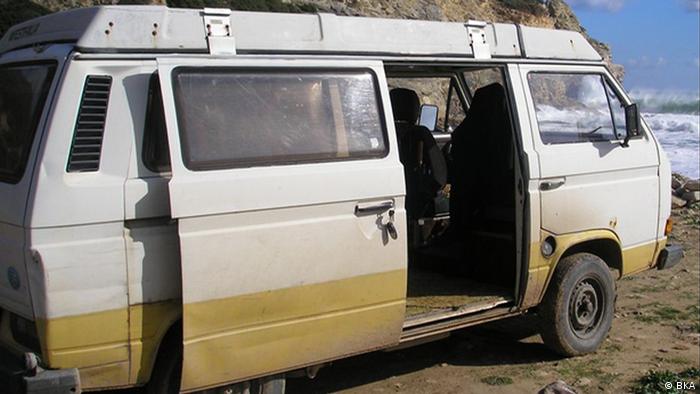 Investigators have recovered computer memory sticks that link prime suspect Christian B. to the disappearance of Madeleine McCann, according to a German media report.

Three-year-old "Maddie" went missing from her family's holiday apartment in 2007, in the Portuguese resort of Praia da Luz. Despite huge search efforts and extensive Europe-wide media coverage, no trace of her was ever found.

Police are said to have discovered the items in 2016, when they were investigating the disappearance of another youngster, five-year-old Inga Gehricke.

A video report by the German news magazine Spiegel said officers found girls' swimsuits and child sexual abuse material in a camper van that had belonged to Christian B.

They discovered the van at a disused factory site near the city of Braunschweig, in northern Germany.

During a week-long investigation, police reportedly recovered memory sticks and cards with more than 8,000 files. According to the documentary, the files were mostly pictures and videos of child abuse.

Christian B., who is currently serving a prison sentence in the northern German city of Kiel for trafficking drugs, was never charged with the disappearance of Inga, who went missing in the woods during a family picnic.

The documentary also included claims that the 43-year-old suspect had boasted that a camper van he owned was ideal for hiding drugs and children.

German prosecutors on Wednesday said they had "concrete evidence" in the case, "not mere indications."

Prosecutors have previously said they have evidence that Christian B. killed Maddie, but that they do not have enough evidence to successfully bring the case to court.

"Aktenzeichen XY" has been airing on German TV for more than half a century, reconstructing and seeking to help solve some of the toughest crimes. Now it hopes to have helped crack the Madeleine McCann mystery. (04.06.2020)

Following last week's identification of a German suspect in connection with the British girl’s disappearance, a father whose son also went missing on a beach in Portugal has come forward with a similar cold case. (08.06.2020)