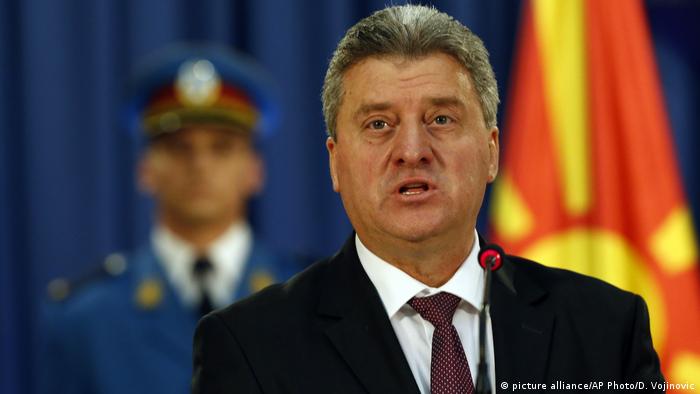 "This law introduces an expensive parallelism to all levels of administration and leads to their total blockade and dysfunctionality," conservative Ivanov said, adding that it would have endangered Macedonia's "unity and sovereignty."

The government of Prime Minister Zoran Zaev criticized the veto, saying the law was "in line with the constitution."

Macedonia's parliament passed the bill last week as part of a 2017 coalition agreement between the ruling Social Democrats (SDSM) and ethnic Albanian parties.

The nationalist-conservative VMRO-DPMNE, which had been in government from 2006 until May last year, boycotted the vote.

The law would allow the country's Albanian minority — around one-quarter of Macedonia's 2.1 million inhabitants — to use their language in any state institution in the country. It is already an official language in some municipalities with large ethnic Albanian populations.

But the issue has sparked long-standing tensions between the Albanian minority and Macedonian nationalists who have long opposed making Albanian the second official language.

Nationalist demonstrators attacked lawmakers in April who voted to appoint an ethnic Albanian the speaker of the house.

Ethnic Albanian grievances against alleged state discrimination spilled over into an armed insurgency in 2001 that left more than 100 dead.

Despite Wednesday's veto, lawmakers may bypass the president by passing the bill again once it returns to parliament.

Read more: Police charge 15 in Macedonia after attack on parliament

The capital of the Republic of Macedonia is one of the most polluted cities in the world. Macedonian authorities have taken emergency measures to fight high air pollution levels in Skopje - with little to no effect. (10.01.2018)