Macedonia Sighs With Relief After Calm Election Day | Europe| News and current affairs from around the continent | DW | 22.03.2009

Macedonian leaders breathed a sigh of relief on Sunday evening as nothing worse than bad weather troubled presidential and local polls, closely watched as an important test of the country's political maturity. 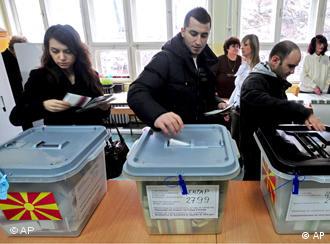 The election was conducted in a peaceful and organized manner

"The elections were conducted in a good atmosphere, without incidents and with no major irregularities," electoral commission chief Aleksandar Novkovski said after polling stations closed at 7 pm (1800 GMT).

Turnout was expected to be over the 50 percent required for the polls to be valid. The first preliminary results are expected some time overnight, with the electoral commission obliged to announce final results within 24 hours.

Pre-election surveys gave a clear advantage to Georgi Ivanov, put forward by the nationalist VMRO-DPMNE, which has run the government after a landslide victory in troubled parliamentary polls last June.

In the run-off, Ivanov was likely to face either the opposition Social Democrats' Ljubomir Frckovski, or Imer Selmani, an emerging leader from the restive ethnic Albanian minority. 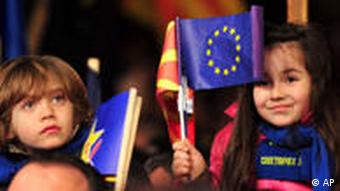 Macedonian authorities beefed up security and warned against any violence ahead of the elections. Some 8,500 police officers were given written instructions on how to prevent violence at polling stations as a part of a special security plan drawn up by the interior ministry.

Police patrols were to be reinforced in regions where incidents occurred in previous polls in a bid to avoid a repetition of the unrest seen in ethnic Albanian areas during elections in June 2008, when one person was killed and several others wounded in gun battles.

"We will do everything in our power in line with the law and police authority to enable the citizens to vote peacefully and without pressure," Interior Minister Gordana Jankulovska said.

The EU envoy in Skopje, Erwan Fouere, said failure to deliver elections in line with international standards would push Macedonia away from EU membership.

"It simply would bring Macedonia very far back and would considerably delay prospects of coming closer to the EU," Fouere said in an interview on Thursday. "That would signal a tremendous failure. It is not an option we would like to contemplate." 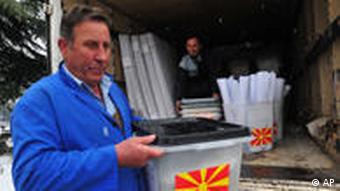 Maceonian hope that this year's elections will be free of violence

The Macedonian head of state carries little political weight and, personal prestige aside, Sunday's vote is more important as a test of Macedonia's ability to finally hold a clean contest.

This year the Organization for Security and Cooperation in Europe (OSCE) has fielded 300 election observers, who were to be joined by diplomats and activists from local organizations.

The international community was particularly keen on seeing the country's different ethnic communities vote without confrontation. 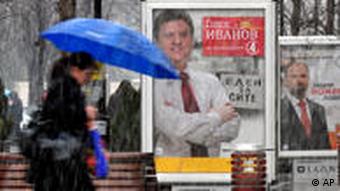 Sunday's vote was not disrupted despite bad weather

Albanians comprise around 25 percent of the population, but dominate much of the north-western section of the country. Slavic Macedonians are the majority among the 2.1 million inhabitants.

Hostility and mistrust between the two largest ethnic groups led to a brief conflict in 2001, which was ended when the West brokered a peace-and-reform deal to give the Albanians more rights. Tension nevertheless persists, and is fuelled by widespread poverty.

Lagging reforms, corruption, ethnic tensions and electoral violence have stalled Macedonia's progress toward European Union membership since it received the status of a membership candidate in 2005.

On top of that, Skopje is embroiled in a long-running diplomatic row with Athens over the name of Macedonia, which Greece claims for its northern province. The fight over the name led to the Greek veto on Macedonia's membership in NATO 11 months ago.

Officially, Macedonia goes by the name of the Former Yugoslav Republic of Macedonia in international and diplomatic terms.

A German has been charged with espionage for allegedly passing on classified government information to organized crime and state contacts in Macedonia and Kosovo, federal prosecutors in Germany have said. (19.03.2009)

Belgrade has expelled the Montenegrin and Macedonian ambassadors in reaction to the two countries' recognition of Kosovo, reports said Friday. (10.10.2008)

NATO's 26 members have signed a set of protocols giving the green light for Albania and Croatia to join the alliance. A dispute over its name kept Macedonia from meeting its NATO accession goal this time around. (09.07.2008)