Two Arrested in Germany on Kosovo Espionage Charges | Germany | News and in-depth reporting from Berlin and beyond | DW | 19.03.2009

A German has been charged with espionage for allegedly passing on classified government information to organized crime and state contacts in Macedonia and Kosovo, federal prosecutors in Germany have said. 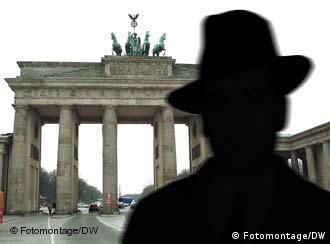 Anton K. could face 10 years in prison if found guilty

The Federal Prosecutor's Office in the German city of Karlsruhe alleges that Anton Robert K., 42, passed on the sensitive state data in 2007 and 2008 to a 28-year-old Macedonian man named Murat A.

The Macedonian is believed to have organized crime and “foreign intelligence” ties, German prosecutors said. They claim the data swapped hands while Anton K. was working at the German diplomatic mission in the Kosovo capital Pristina.

Prosecutors said Anton K. was aware of Murat A.'s alleged mob connections when he handed over the information.

The men were arrested in Stuttgart on Tuesday and brought before a magistrate's court the following day.

Anton K. could face 10 years in prison if found guilty on charges of betrayal of state secrets, while Murat A. faces a possible five years for accepting state secrets.

The Deutsche Post headquarters were searched as part of the investigation into a recent data privacy investigation at Deutsche Telekom. Klaus Zumwinkel, former Post CEO, is at the center of the raids. (13.03.2009)

Egypt's domestic intelligence service has detained a German-Egyptian graduate student after a march in support of Gaza, witnesses and his sister said Sunday, Feb. 8. (08.02.2009)