French billionaire Bernard Arnault will combine the Christian Dior fashion brand with his LVMH group as part of a multi-billion-euro takeover aimed at harnessing the "high growth potential" of the iconic brand. 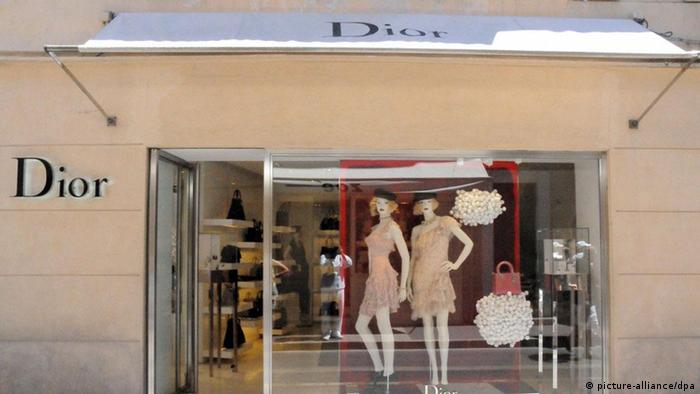 LVMH, which already owns Christian Dior perfumes, said in a statement on Tuesday it had now agreed to buy Christian Dior Couture for 6.5 billion euros ($7.0 billion).

Under a series of complex transactions, LVMH luxury goods group will buy the company - best known for the leatherware, Haute Couture, ready-to-wear, jewellery and shoes businesses - in addition to acquiring a 25.9-percent stake in Christian Dior SA holding company it doesn't already hold.

LVMH was offering 260 euros per share, the company said - a premium of 15 percent over Monday's closing price and raising the value of the deal to 12 billion euros.

The announcement sent LVMH shares soaring on the Paris stock exchange, where they jumped by around three percent in a generally flat market.

The transactions would allow "the simplification of the structures, long requested by the market, and the strengthening of LVMH's Fashion and Leather Goods division," the Arnault family, which holds 47 percent in LVMH, said in a statement.

In the view of LVMH, the 70-year-old fashion label was "one of the most iconic brands worldwide," selling a range of goods "almost exclusively" in 198 luxury boutiques around the world.

Christian Dior Couture sales have doubled over the past five years, and last year revenues amounted to more than two billion euros, while underlying or operating profit totaled 270 million euros.

By making it a wholly-owned subsidiary, LVMH would be able to unlock its "high growth potential," the LVMH statement said. "The development of Christian Dior Couture will be notably supported over the coming years by a new creative momentum and significant investments already completed, notably in America, China and Japan," it added.

Exane BNP Paribas analyst Luca Solca also sees "a number of positives," saying in a statement that the deal "adds a strong brand to the LVMH portfolio at a reasonable valuation." Furthermore, it would reduce the "risk of LVMH potentially buying 'trophy assets'," which would dilute returns on capital, he told the news agency AFP.