An Afghan assembly of tribal elders has voted in favor of a crucial security deal with the United States. The Loya Jirga assembly called on President Hamid Karzai to sign the deal immediately, against his wishes. 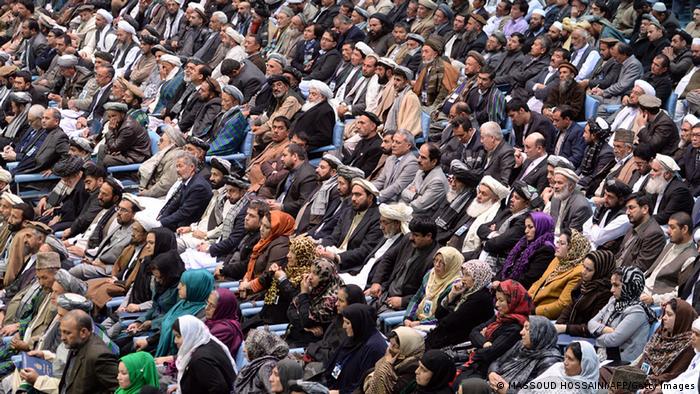 The Loya Jirga, consisting of 50 committees made up of about 2,500 elders, tribal leaders and other influential people, announced its endorsement of the security deal on Sunday after four days of deliberation in the Afghan capital, Kabul.

"Given the current situation, and Afghanistan's need ... the contents of this agreement as a whole is endorsed by the members of this Loya Jirga," Fazul Karim Imaq - a deputy of the assembly - said, reading a declaration reached at the end of the meeting.

"The Loya Jirga requests the president to sign the agreement before the end of 2013," Imaq added.

The Loya Jirga has a purely consultative function, and the pact will still need to be approved by the Afghan parliament to go into effect.

The deal, the so-called Bilateral Security Agreement (BSA), was negotiated to govern the presence of US troops in Afghanistan after 2014. It will enable thousands of American soldiers to stay on beyond a major pullout of NATO forces in that year.

The US troops are to help train and mentor government security forces as they struggle to cope with the country's persistent Taliban insurgency without outside armed assistance.

Speaking at the end of the meeting after the Loya Jirga issued its statement, Afghan President Hamid Karzai rejected the call for him to sign the deal immediately.

Karzai said Afghanistan needed more time to ensure that the US was committed to peace in the country.

"Peace is our precondition. America should bring us peace and then we will sign it," Karzai said.

He did not repeat his earlier preference that the deal not be signed until after presidential elections in April next year, but gave no time frame for putting his name under it.

He has previously said that a free and fair election was needed to guarantee peace in the country.

Washington has warned that a failure to sign the pact could jeopardize billions of dollars in vital aid to war-ravaged Afghanistan.

It responded firmly to Karzai's desire for delay, saying the deal should be sealed this year so that the White House can plan the movement of US troops.

While a meeting of tribal leaders and politicians - the Loya Jirga - convenes in Kabul, the people of Afghanistan have mixed reactions about the joint security agreement with the US. (21.11.2013)

A similar deal between the US and Iraq collapsed in 2011 over the issue of whether American troops would have to answer to local courts, leading Washington to pull its forces out.

A draft text released by Kabul last week appeared to show that Karzai had yielded to a US demand for exemption for American troops from Afghan jurisdiction if they are accused of crimes.