Many German Turks are pressured to marry only within their ethnic and religious group. But the practice of "importing" partners from Turkey creates new immigrants and stands in the way of integration. 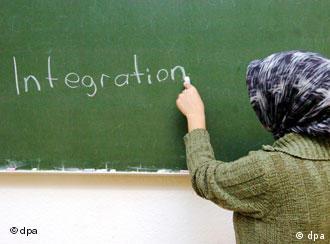 "Whether Turks are prepared to marry Germans depends a lot on the importance of religion," said Amparo Gonzalez-Ferrer, a comparative sociologist at the Juan March Institute in Madrid. 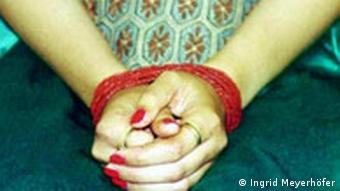 Coercion is rare, but arranged marriages are common

The vast majority of Turks are Muslims in a predominantly Christian culture that has become increasingly secular.

"One reason why more [Turkish] men marry Germans is that Islam permits them and not women to marry non-Muslims," Gonzalez-Ferrer said.

According to the latest 2006 figures from the Federal Statistics Office, Turkish men accounted for 14 percent all foreigners that German women marry, followed by Italians and Americans.

German men had different partner preferences. Poles topped the list by far, followed by Russians, Turks and Thai women in roughly equal numbers. Turkish women accounted for only 8 percent of all foreigners that German men marry.

Considering, however, that Turkish citizens make up 25 percent of all foreign residents in Germany -- not counting an additional one-third ethnic Turks who are German citizens -- intermarriage rates are in reality very low, said Dirk Halm, a political scientist at the Center for Turkish Studies in Essen. 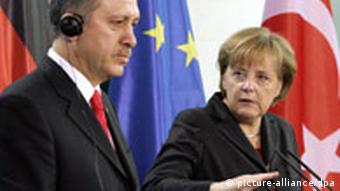 According to Gonzalez-Ferrer, even well-educated Turkish women vastly prefer to marry ethnic Turks over Germans and go as far as importing husbands from Turkey.

"This could be their strategy for living independently from the in-laws, who stay behind in Turkey" she said, adding that a German Turkish woman would also have the upper hand in a relationship with a migrant husband, who is unfamiliar with Germany.

But the practice of importing spouses creates a new generation of migrants continually. This becomes an integration problem, especially when Turkish men import much younger, uneducated brides, whose vulnerability sometimes makes them easy targets for domestic violence.

That is one reason why Germany has recently upped the age limit to 18 for such unions, and now requires imported spouses to learn German before getting an entry visa. 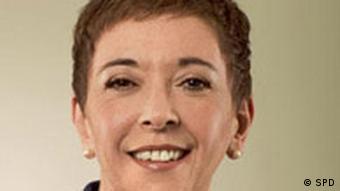 One should, however, make a distinction between forced marriages, in which a woman's life could be at risk for defying the parental choice of a partner, and arranged marriages, which is a far more common practice.

"Turks are far more likely to seek parental approval in the choice of a partner than Germans are," said Yasemin Karakasoglu, a migration expert at the University of Bremen.

"There is tremendous pressure for young women to be married by say 23, so worried parents start looking for potential suitors if they believe their daughter is 'over the hill'," she said.

Parental pressure in Turkish families, however, is not the only factor which impedes inter-ethnic marriages. Lale Akgun, a German-Turkish parliamentarian of the Social Democrat party, believes that some Germans too, feel uneasy about the prospect of a Turkish in-law.

"We need more dialogue between Turks and Germans, so that young people can feel free to make their own partner choices, without letting a person's ethnicity to get in the way," Akgun said.

Meeting with German Chancellor Angela Merkel in Berlin, Turkish Prime Minister Erdogan called for Turkish-language schools and universities to be set up in Germany. The plan has met with skepticism in Germany. (08.02.2008)

Do you view Turkish marriage practices as a hindrance to integration in Germany? Send us an e-mail. Please include your name and country in your reply.