Why English terms are so popular and what role social media and influencers play — German linguist Nils Bahlo has the answers in a DW interview.

With 48% of the vote, "lost" prevailed over the finalists "cringe" and "wyld/wild," according to a spokeswoman at the Pons publishing house that asked young people to submit suggestions and then vote on the internet to choose Germany's Youth Word of the Year 2020.

Deutsche Welle: "No front, cringe, wild, lost" — the tendency of young people in Germany to use English words in everyday language seems to continue. Why is that?

Nils Bahlo: English has simply become a fashionable language, a very powerful language spoken all over the world. Major fads, like communicating via messenger apps, and the music scene are dominated by Anglophone lingo.

It's similar to language use in the 17th and 18th centuries, where French, Greek and Latin were widespread among young people.

Why do young people need their own languageto communicate with each other? 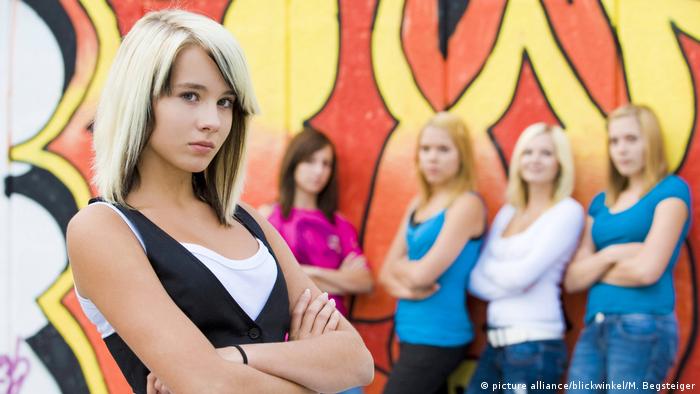 What is most important for young people is to communicate as equals, that is, to identify with like-minded people or with friends. Playing with language is another important function.

At the same time, it is a process of collaboration. Just as a child begins to walk, young people must learn to use language and to use it competently. Finally, language can also serve as a provocation. Young people are quite good at using their youth language to provoke. They use it to show who they are.

You speak of a process of elaboration, when new knowledge and information are linked in the brain using one's own words. But how do young people even come up with these words?

The words come from many different sources: friends who pick them up somewhere, the media, the music scene and young adults. The words often emerge in funny situations that can be very particular. And then, because it is funny or cool, the word is imitated. If a new word is used often enough, it makes the rounds. What role do social media play?

Social media play a huge role. The major influencers are certainly multipliers. From Dagi Bee to the Lochis, there's something for everyone. The computer scene, for instance, has the Let's Play videos.

In the past, young people were said to start picking up youth language at the age of 11 or 12. Today, in a day and age where youngsters watch Minecraft videos at age 9, they start using youth language when they are 8 or 9.

Sometimes young people use Arabic words when they talk to each other — "mashallah" was one of the top ten contenders this year. Is the German language being invaded by all kinds of foreign words?

People often fear the German language is deteriorating because of foreign influences, but that is not the case. Research shows that the influence is rather minor. It's in the low percentage range.

This year, the word was not chosen by a jury but via a general online vote. How do you rate that process?

From a scientific point of view, I don't think highly of this kind of voting, whether it is a jury decision or an online vote. The problem is you don't know who is voting. It could be my parents, who are well over 70.

The choice is also unscientific because a single youth language does not exist. It is regional, situational, and everyone speaks a little bit differently. From a popular point of view, however, I think the choice of a youth word is great, simply because it encourages us to think about language and to work with our language. 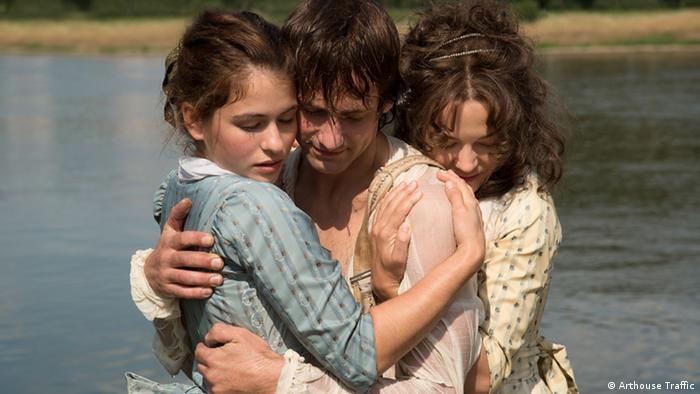 You have published several books about youth language. How has it changed and how will it develop in the future?

I can't say exactly where it's headed. I can only indicate a general trend, resulting from the fact that youth language has not changed much over the past 300 years, at least not observable as such from from a scientific point of view. The characteristics of the language have changed, but in terms of content, it is the same — all about fighting, drinking, making music, school, sexual intercourse, hobbies and love affairs.

How teens talk: German Youth Word of the Year 2018 revealed

Every year, Germany's dictionary giant Langenscheidt selects the German Youth Word of the Year. In 2018, ''Ehrenmann/Ehrenfrau" was singled out. Take a look at previous winners, as well as some of this year's candidates.

Every year, Germany's dictionary giant Langenscheidt selects the German Youth Word of the Year. In 2017, a new version of "I am" was singled out. Take a look at previous winners, as well as this year's candidates.

Can you talk like a German teen? These 10 terms are among the 30 nominated to be crowned Germany's next Youth Word of the Year.

Teens have always been extremely creative with words. Those who would like to understand cryptic teenage language can find a few popular new expressions in the competition for the German Youth Word of the Year.

Germany's 2020 youth word: the winner and the contenders

This year, young people not only suggested their favorite youth words, they also participated in choosing the winner.

Every year German linguists honor an English word that has "had a positive influence on the development of the German vocabulary." They said this year's selection spread into use at a "speed rarely seen."

The term borrowed from English describes forcing migrants and asylum-seekers away from a state border. The "Non-Word of the Year" is awarded for infamous language.