The German composer's "Song of the White Cheese" has unexpectedly turned up in dusty theater archives. The piece satirizes a German religious leader of the 1930s in typical dark, politically pessimistic Weill fashion. 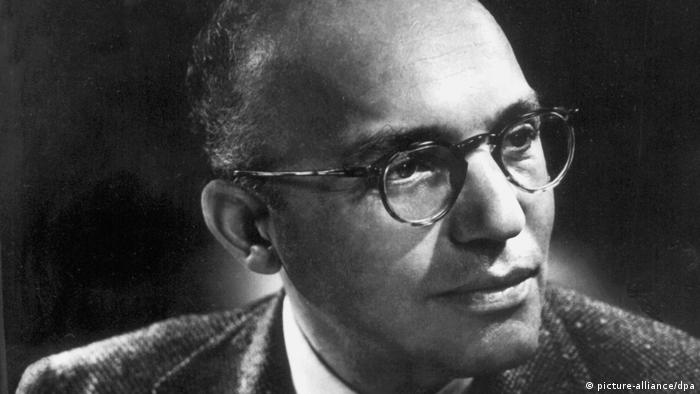 On Monday theKurt WeillFoundation in New York announced that a song by the German Weimar-era composer that was believed to have been lost had been discovered by chance in the archives of the department of theater studies at Berlin's Free University.

The three-page manuscript penned for voice and piano on browning paper with Weill's signature and the title "Song of the White Cheese" ("Lied vom weißem Käse") penciled at the top represents a remarkable find that dates to the high point of Weill's musical career in Berlin before he fled the Nazis in 1933.

"Although the discovery is small in terms of the song's length, it is truly sensational," musicologist Elmar Juchem, who helped uncover the song during Weill-related research, said in the Foundation's press announcement. The last discovery of a Weill work took place over 30 years ago in 1983.

"Nobody believed that something completely unknown by Weill could still surface, let alone from his Berlin heyday," Juchem added.

Foundation President Kim Kowalke said the song will be published and recorded. 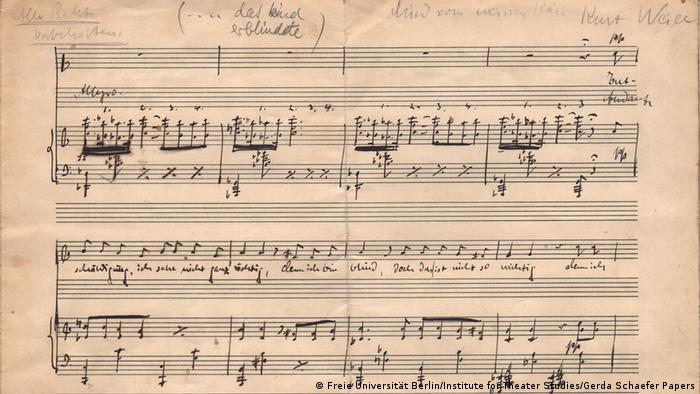 Listen: Enjoy the musical spirit of the Roaring Twenties including music by Kurt Weill

'Buried in some basement'

Weill wrote the song for his wife, singer and actress Lotte Lenya. She performed the politically critical song in a musical review at the Berlin Volksbühne theater in 1931, in which works by other Weimar-era artists such as writer and dramatist Bertolt Brecht, composer Hans Eisler and composer and author Friedrich Hollaender were presented.

The song, which Lenya knew as "Song of the Blind Maiden," disappeared in the years following the performance. Lenya fruitlessly attempted to find it in the 1960s and assumed it to have been irreparably lost.

"Nowhere to be found. Probably buried in some basement," she noted down, according to the Foundation.

The song had apparently fallen into the hands of actress Gerda Schaefer, who had been an ensemble member of the Volksbühne during the Weimar era. It was uncovered among various papers belonging to her in the Berlin archive. 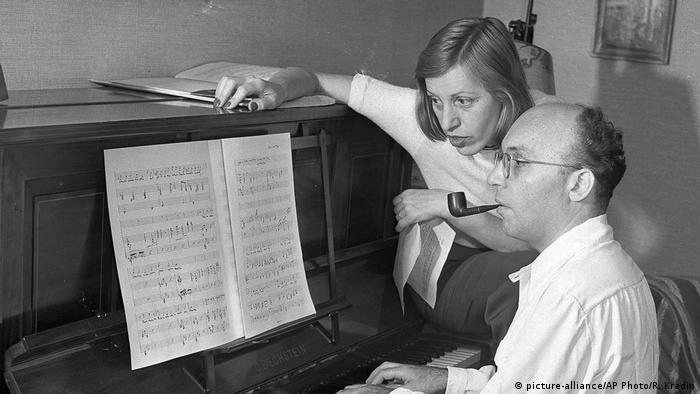 A satire of the 'white cheese healer'

The song with lyrics by Günther Weisenbom is sung by a blind girl who describes how an evangelical preacher attempts to cure her blindness by laying "white cheese" on her eyes.

"Unfortunately, I stayed blind," the girl laments, before adding that maybe being blind isn't so bad, since she doesn't have to see what is going on in the world around her.

The song lampoons the Weimar-era religious leader Joseph Weissenberg, who was known as the "white cheese healer" because of his preferred method of using cottage cheese and prayer to try and heal people.

Musically, the song shifts between bouncing cords and a well-known smooth Lutheran choral, adding to its satirical effect.

Listen to an audio clip of the song at the Kurt Weill Foundation site.

Best known as the composer of 'The Three Penny Opera'

Weill, born in Dessau in 1900, rose to fame during the Weimar Republic for compositions that reflected the era's uneasy combination of pessimism and hedonism. He collaborated frequently with Brecht, producing works such as the "The Three Penny Opera" (1928) and "The Rise and Fall of the City of Mahagonny" (1930).

After fleeing the Nazis in 1935, he emigrated to the USA, where he achieved great success as a Broadway composer until his death in 1950.