A 6-year-old child was seriously injured after police say he was thrown from a viewing platform at the Tate Modern. London police said they arrested a 17-year-old on suspicion of attempted murder. 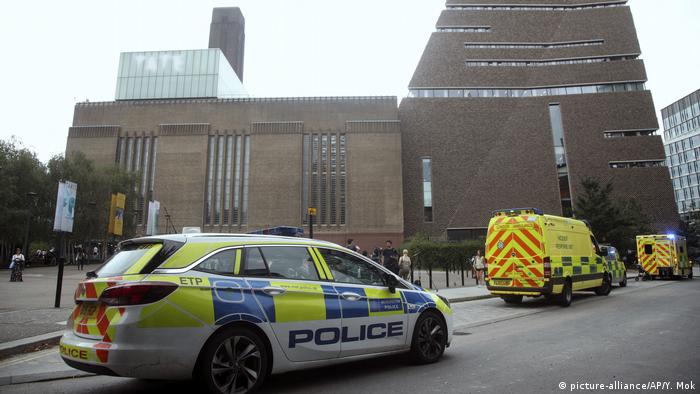 British police arrested a teen after a child was thrown from a 10th-floor viewing platform at the Tate Modern art gallery in London on Sunday.

London's Metropolitan Police and first responders found the injured 6-year-old boy on the fifth-floor roof of the Tate. He was airlifted to a local hospital and is currently in a critical condition.

Authorities then detained a 17-year-old who was also standing on the balcony.

"A 17-year-old male had remained with members of the public on the 10th floor viewing platform," police said in a statement. "There is nothing to suggest that he is known to the victim."

The suspect is being investigated on suspicion of attempted murder.

The popular outdoor viewing area at the Tate Modern includes a rooftop bar and offers visitors panoramic views of the British capital. The museum said it will remain closed for the rest of the day.

The Tate Modern, a contemporary art museum on the banks of the River Thames, was the UK's most popular tourist attraction in 2018. According to the Association of Leading Visitor Attractions, the gallery counted nearly 5.9 million visits last year.