Rolf Harris has been jailed for five years, nine months for sexual assault. The 84-year-old was found guilty of molesting four victims between 1968 and 1986, including the childhood best friend of his daughter. 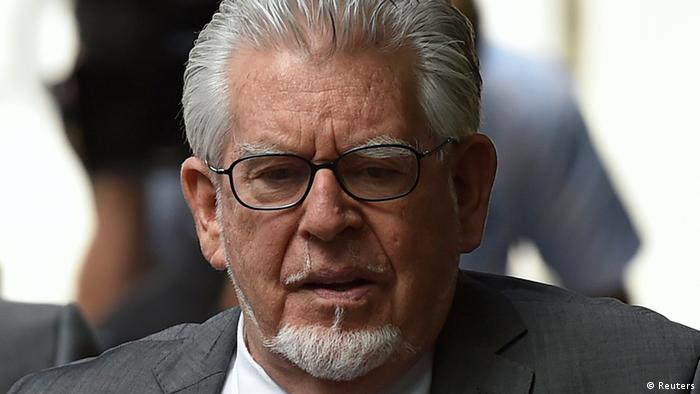 On Friday, Judge Nigel Sweeney, presiding over his second high-profile case of the year, sentenced Rolf Harris to five years and nine months in prison for a string of abuses against young girls. Ignoring the appeals of the former entertainer's attorney that the trial had punished him enough, Sweeney ruled that Harris - accompanied in court by his 50-year-old daughter, Bindi Nicholls - must spend time behind bars for the 12 counts of abuse.

"You have shown no remorse for your crimes at all," Sweeney told Harris, for decades on numerous children's programs British television's affectionate uncle. "Your reputation lies in ruins, you have been stripped of your honors, but you have no one to blame but yourself."

Harris became the second person convicted under the investigation Operation Yewtree, set up after allegations that his fellow BBC television star Jimmy Savile, a friend of the former entertainer's who died in 2011 at age 84, had abused more than 500 children. In May, a court found Max Clifford, the United Kingdom's most well-known publicist, guilty of indecently assaulting teenage girls some 30 years ago as part of the investigation and sentenced him to eight years in prison.

The operation has resulted in the arrests of nearly 20 men. Though some of the accused have labeled the police inquiries a witch hunt, in the past two years, the scandal, combined with other problems at the broadcaster, has left the BBC's integrity in question and led to the resignation of the director general.

Harris conviction Monday caused shock in Britain, where millions of children had watched his television program. On Friday, the court heard statements from some of the former entertainer's victims, including his daughter's friend, who suffered abuse from the age of 13 until she was 28.

"The attacks that happened have made me feel dirty, grubby and disgusting," she wrote in a statement read in court by a lawyer. "The whole sordid saga has traumatized me."

A woman Harris molested as an 8-year-old wrote that her "childhood innocence was gone." A third victim, whom Harris had groped as a 16-year-old girl in 1978, wrote that he had "treated me like a toy."

On Friday, prosecutors said they wouldn‘t pursue charges that Harris had downloaded sexual images of children. During court arguments for legal reasons only now reported, his lawyers had contested the age of models found in pornographic images found on his computer.

Known for the songs "Two Little Boys" and "Tie Me Kangaroo Down, Sport," Harris could face further charges. A dozen more women have made fresh allegations against him, including the New Zealand MP Maggie Barry, who said he groped her when she tried to interview him as a reporter in the 1980s.