Bolivia has declared a state of emergency in response to a locust plague that is destroying crops. There is concern the locusts could destroy more agricultural land. 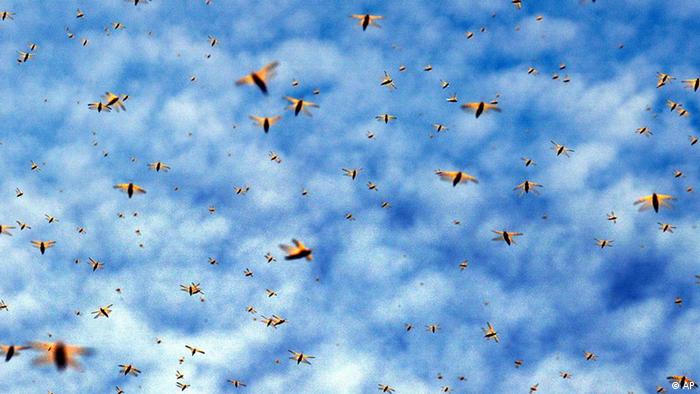 Swarms of locusts have destroyed 2,700 acres (1,100 hectares) of corn, sorghum, beans and pastures in the department of Santa Cruz, raising concern the insects will eat through more agricultural lands.

President Evo Morales announced a state of emergency on Wednesday, releasing funds worth the equivalent more than 700,000 euros to fight the plague with fumigation.

Authorities are concerned the locust plague could spread to other agricultural lands in the poor Latin American country, where small-scale and commercial farming plays a large role in the economy.

Bolivian President Evo Morales has agreed to run for re-election in 2019, defying a referendum that confirmed the legal limit of two consecutive terms. Party officials have suggested several ways to bypass the rule. (18.12.2016)

Are insects the food of the future?

Locusts and grasshoppers are healthy, environmentally-friendly alternatives to beef. As the world population booms, edible insects may be the best solution for fighting hunger. But can Europeans stomach the thought? (11.07.2013)

'Locusts are the tastiest insects'

Insects could be an important food source in the future, according to scientists who met this week in the Netherlands. DW spoke with Dutch researcher Arnold van Huis about his favorite edible insects. (17.05.2014)