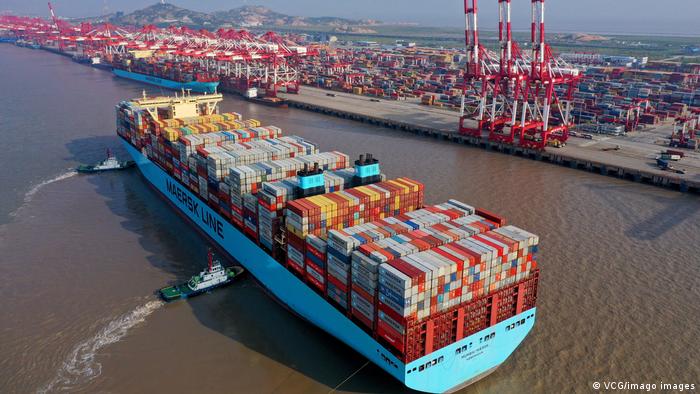 Even worse hit are retail sales, which fell by 11% in April from a year ago as China's zero-COVID strategy leaves the Asian growth engine stuttering.

"The pandemic is taking a big toll on the economy," said Fu Linghui, spokesperson for the Chinese Statistics Office, during a press conference in Beijing on Monday.

The impact of lockdowns in large cities such as Shanghai is also being felt in the real estate market, where the value of property sales nearly halved in April year-on-year, the steepest drop since 2006.

While the lockdowns have played a big part, it's also the result of the Chinese government's latest moves to curb real estate speculation. Since the construction sector is crucial to the nation's economy, the current dent is also weighing on the labor market, with the jobless rate currently at around 6% — the highest level since February 2020.

The rigid COVID strategy involving curfews has become increasingly unpopular in China. And it's bound to have an impact on Germany as well.

More and more German firms are complaining about supply bottlenecks concerning raw materials and a range of intermediate products, as the world's biggest port in Shanghai struggles to operate at normal levels. Experts have said the port's export volume has already gone down by 40%, with a backlog of container ships waiting to unload or waiting to be loaded.

Shanghai is by far the most important foreign port for Germany's container ship industry.

German companies are having a hard time dealing with the backlog of orders. The Munich-based ifo economic research institute said Monday that German corporate orders had reached a new high, meaning firms would be able to continue working at full capacity for four-and-a-half months without any additional orders coming in in the meantime.

While this sounds like good news, it's also down to a scarcity of many intermediate products. 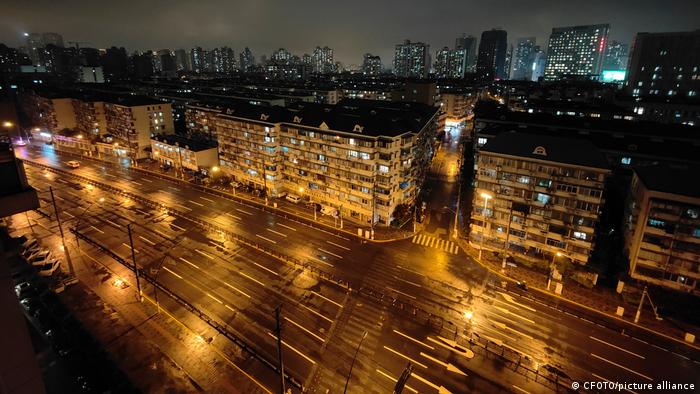 "The order backlog reflects both the high demand for German industrial goods over the past few months, and the difficulties companies are having processing existing orders promptly due to the shortage of key intermediate products and raw materials," said ifo's Timo Wollmershäuser.

The German government is also watching developments in China with a good deal of concern.

"Should China continue to be mired in lockdowns, more supply snarls and a further cooling of the global economy are possible," said a new monthly report by the German Economy Ministry, which revealed a less-than-rosy outlook for the German economy.

But there's hope that the situation in Shanghai will get better soon. Local authorities recently said the spread of the coronavirus has been stopped in large parts of the city, leading to a gradual easing of restrictions on the ground.

"The COVID outbreak in April had a huge impact on the economy, but the effects will be only temporary," said Fu Linghui, who expects the Chinese economy to gradually recover on the back of the government's measures to stabilize the situation.

This article was first published in German