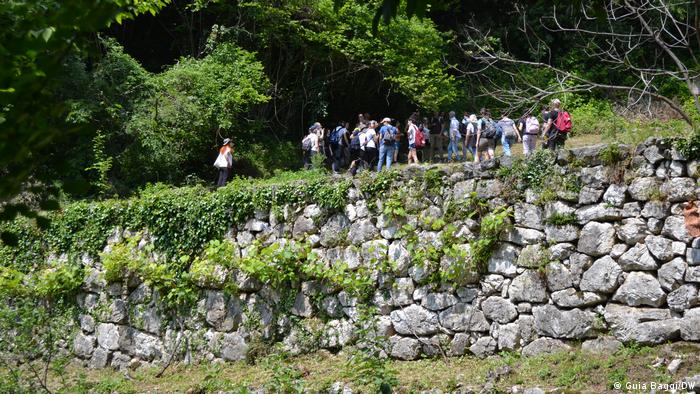 "There are terraces there, and even up there," says Cinzia Zonta, pointing to the hillside above the Brenta river, in northeastern Italy.

Dating back to the Bronze Age, terraces are found in UNESCO World Heritage sites such as Machu Picchu in Peru and the Honghe Hani Rice Terraces in China. Their successive sloped planes — that resemble steps cut into the earth — decrease soil erosion and stabilize hillsides, enabling crops to grow in mountainous terrain.

For centuries, tobacco growers built terraces in Brenta valley as high as 700 meters above sea level, carefully positioning each stone and tending to the soil. However, struggling to compete with large-scale mechanized farming, tobacco production on the terraces steadily declined from the 1960s onwards. 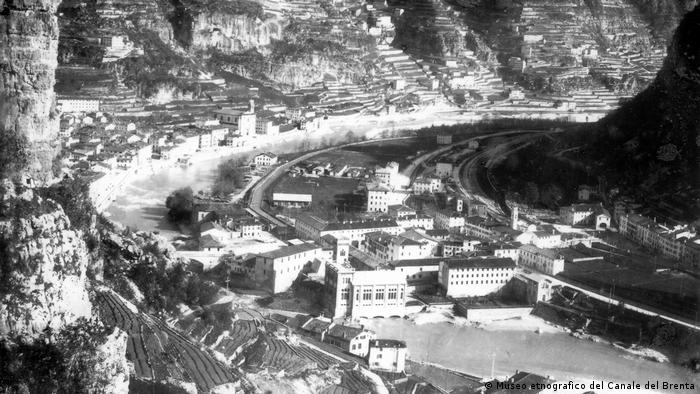 The population of the valley also fell by half, as locals moved to cities or abroad in the second half of the 20th century, in search of better jobs and opportunities. Left unattended, the terraces all but disappeared beneath trees and shrubs.

Zonta left to work abroad in the early 2000s, but returned a decade later. Missing the landscape of her childhood, she decided to join the nonprofit Adopt a Terrace — a growing community of around 100 conservationists on a mission to recover these stepped hillsides that once characterized the region.

Adopt a Terrace signed five-year-leases with landowners, and then found people who wanted to take care of them. They restore the terraces and are free to use the land to grow their own vegetables.

So far, the group has removed vegetation and rebuilt crumbling drywalls on some 110 terraces. 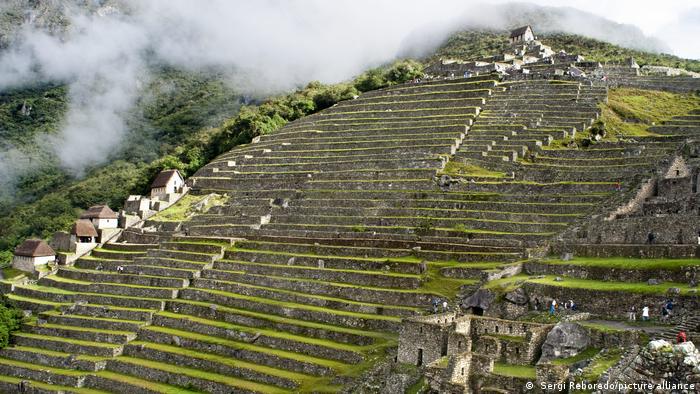 The group is motivated by the environmental benefits of the sustainable agroecology approach used in terrace farming, as well its cultural and practical value. While farming on terraces is more labor-intensive than industrial agriculture, the crops tend to be more diverse, and the farming process produces less waste and uses less fertilizer. Terraces are also thought to improve soil quality and enhance biodiversity.

Saving terraces around the world

The loss of terrace agriculture in Italy reflects a broader, global shift in farming during the second half of the 20th century toward flat land where intensive mechanized agricultural practices can produce crops in larger quantities.

However, Zonta and her community of terrace enthusiasts are not alone in their mission. Over recent decades, a movement of researchers, architects, farmers, and enthusiasts around the world have been working to find ways to preserve terraces.

In Japan, several initiatives supporting aging terraced rice paddies, known as "tanada," have sprung up since the 1990s. Each year for the last 20 years, Eiji Yamaji, emeritus professor of environmental studies at Tokyo University and president of the Tanada Research Association, has made multiple visits to Oyama Senmaida in the Chiba prefecture, to sow, weed, thresh, and harvest rice on terraced land. 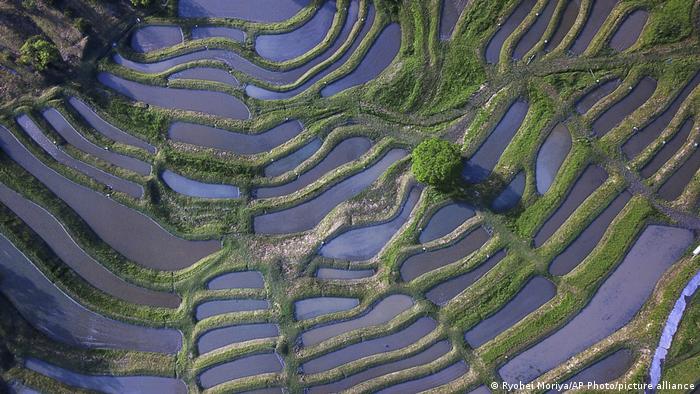 His is one of 150 plots that the Oyama Senmaida Preservation Society has assigned to the care of city dwellers under the guidance of the few remaining experts in the farming practice.

Pia Kieninger visited Oyama Senmaida for the first time in 2004, as a PhD student from Vienna's University of Natural Resources and Life Sciences, to research the species of plants and animals populating rice terraces. She found that city residents, who paid the equivalent of €300 ($353) a year to work on the tanada in exchange for a share of rice, were especially motivated by love of the landscape.

Many are also captivated by the biodiversity they host, with parents bringing their children to see frogs and insects, like the Heike firefly. According to research in 2013an estimated 5,668 animal and 2,075 plant species thrive in rice fields throughout Japan.

In Valbrenta, the municipality extending along the Brenta valley, the terraces are so overgrown some might wonder why conservations don't just leave nature to take its course. But Kieninger says there are benefits to having natural and cultivated environments. "A mosaic of different habitats is best for biodiversity," she said. 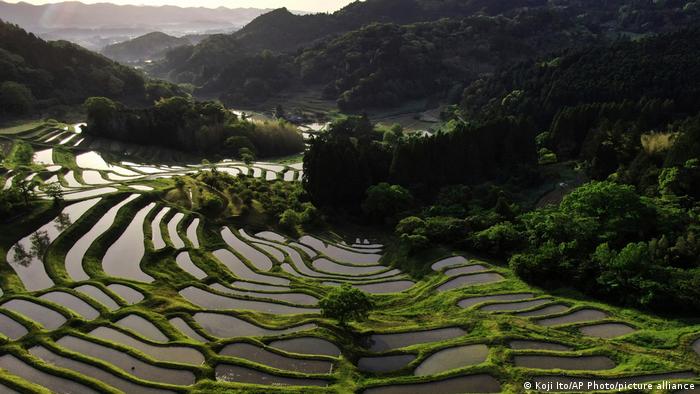 "Terraced agro systems contribute to biodiversity preservation of both crops and natural species," says Antonio Sarzo, a high school geography teacher who lives not far from Zonta's home region. Sarzo produced a documentary exploring the many creatures inhabiting their dry stonewalls. Insects and reptiles use the fissures as nests and can move fast along the wall to get to places otherwise out of reach.

Making terraces economically viable is crucial to gaining the full benefits of the biodiversity and other ecosystem services they can support, argues Mauro Varotto, geography professor at Padua university, who has taken students to visit restored terraces in Valbrenta as part of their fieldwork.

"Today's healthiest terraces [in Europe] are those dedicated to the production of wine because it covers the high labor costs involved in their maintenance," said Varotto.  He estimates that about three quarters of the 320 hectares (790 acres) of terraces that once covered the Brenta valley have disappeared under vegetation. 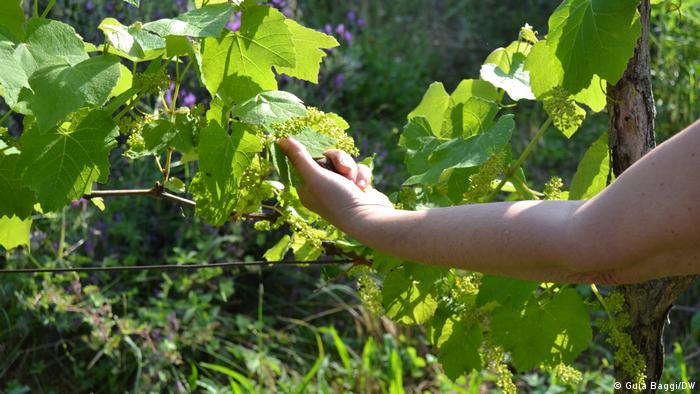 Zonta's vines on her adopted terrace

In Valbrenta, Zonta witnesses each day how abundant in life the terraces can be. Morning often finds a roe deer sleeping in her adopted terrace. She is growing ancient and rare varieties of peach, peas, vines, and saffron, and does not use pesticides or industrial fertilizers. Zonta says she feels proud when she sees bees buzzing around her crops.

She hopes her organization's efforts to revive terraces will also have a positive impact on the local economy as well as the environment. As well as numerous educational and cultural projects, she and other terrace-adopters are establishing a business to sell saffron, fruit, and vegetables from the local terraces. "We want people to return to live the valley," she says.

The gardens of Quito: Urban farming in one of the world's highest cities

From farming on roof terraces to larger plots, urban gardens in Quito, Ecuador, are creating jobs and improving food security.