Living out of wedlock in Iran

More and more couples in Iran are living together despite the fact that they are not married - in the face of law and tradition. Conservative Islamic groups are trying to push the government to reverse this trend. 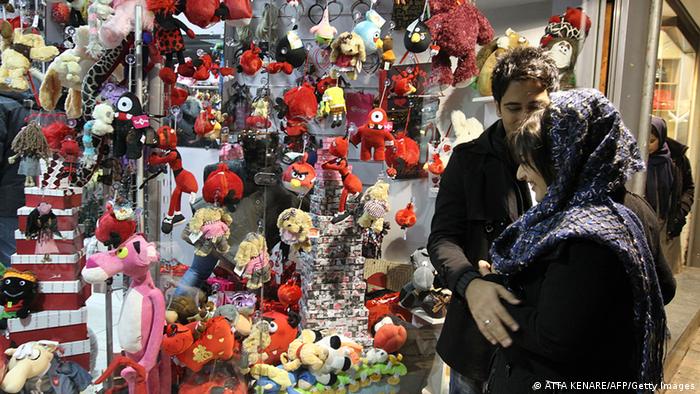 Iranis a theocracy. Islamic law is omnipresent and the government treats offenders harshly. But the draconian laws often collide with the realities of people's lives. Many young Iranians are looking for ways to live a live more of their own choosing.

It is illegal for unmarried couples to live together in one apartment. But there are more and more young people who are defying the law - especially in larger cities and among those with a university education. According to the Iranian news agency IRNA, a member of the Tehran city council has already spoken out against "that new trend that is not good for society."

Atefeh is a 22-year-old engineering student in Amol, a small city in the north of the country. For about two years she's been living together with her boyfriend. "Of course not everybody knows about that," she told DW. "Our friends know it, but most of them also live together with their partners." 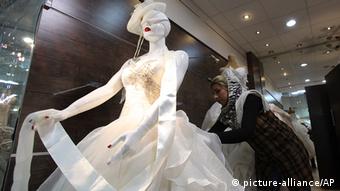 Iranians are getting married later than they used to

How to deal with partners living together out of wedlock is not clearly defined by Iranian law. But sexual relations between unmarried people are illegal and are punished. It is, Atefeh said, "a risk that we're taking."

In most cases it's neighbors or pro-regime citizens who keep an eye on who is living in their building. If they are suspicious, they inform parents or authorities. But Atefeh is not concerned about her parents. "They know about it, which is why I am much less concerned about them then many of my friends where the parents do not know." But there always remains the fear of being told on. "We are always very careful. When we leave the building, we take care that no one takes notice."

Said Peyvandi, a Paris-based professor of social sciences, describes this new form of living together as a grey zone in Iranian society that is in conflict with the official rules and traditional family values. Looking at the development of society in the last 25 years, he told DW that "there has been a quiet demographic and social revolution." 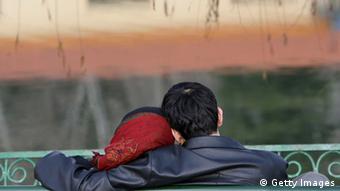 In Iran, young unmarried couples are always at risk of being found out

The change that's taken place during the last 25 years can be illustrated particularly well by the decline in population growth, the average age of people getting married and the development of small families. Never before have there been so many people who were not married. The divorce rate is also on the rise.

Sahebe is 26, has studied architecture and works in Tehran as carpenter. For four years she's lived alone, but has also lived with her different partners. But that wasn't easy. "The problem is that our society is locked somewhere between tradition and modernity," she says. On the one hand we are outwardly very modern and live in changing relationships but on the other hand we still have those traditional patterns of thought in our heads, the way we were brought up. That often leads to conflicts" - for instance, if the family of the boyfriend tries to have a say in their son's relationship.

Puyan can only confirm this. "I have been living together with my girlfriend, against the will of my family," the film editor from Tehran told DW. "They couldn't accept it and of course that had an impact on me." The 29-year-old said he believes that couples in more liberal countries would probably move together more easily in order to create their common future. "In Iran, though, people always think about those motives that are 'banned' by society like pleasure and sex." And even if that's not the case, the society looks at relationships in that light.

Attempts by the government to reverse that trend are unlikely to work, Peyvandi said. "The desire for freedom and independence among the younger generation is too great."

Atefeh is a good example for this. Despite the risks and hurdles, she is happy about her relative independence. "I think the government is aware of this growing trend and maybe they even intentionally tolerate it to some degree. There are so many other problems in our country that perhaps they are happy that we spend our time with things like this, rather than having different ideas altogether."

Time is running out with Iran

Iran, once again, has signaled its readiness to enter negotiations on its controversial nuclear program. This time around, experts are hoping for direct talks with the United States - because little time remains. (06.02.2013)

Media reports claim that the US is secretly claiming the right to launch pre-emptive cyberattacks in "credible threat" scenarios, in the wake of the attacks on US media outlets. But how credible are those threats? (06.02.2013)