A German law has recently come into effect ordering the cleanup of 126,000 barrels of radioactive waste at the Asse nuclear dump site. But it seems the process could take a lot longer than locals initially hoped for. 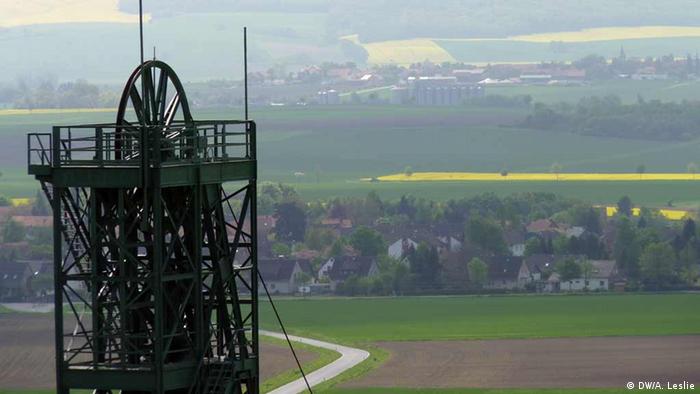 Heike Wiegel is making herself a cup of tea in her kitchen in Remlingen, in the German state of Lower Saxony. For over 30 years now she's been living just round the corner from one of Germany's most infamous nuclear waste storage sites, known simply as Asse.

Wiegel, the wife of a farmer, says she doesn't have any concerns about drinking the water here.

"Obviously you can't worry about it all the time," she says. "Most people living here tend to push it out of their minds, to be honest."

Wiegel is not just a resident here, she's also a member of the citizen group 'aufpASSEn' – meaning 'watch out' in German – which helps raise awareness about issues from the Asse nuclear waste site. 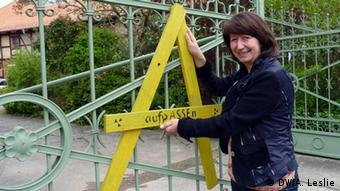 There are a number of other anti-Asse groups in the region. Now, with the law ordering the removal of waste from the site, they want to make sure that the mistakes of the past are not repeated.

"What happened back then at the Asse site should never have happened," Wiegel says after a long pause. "That such an old, unstable salt mine would be used for nuclear waste, which, in the end, was just thrown in barrel by barrel."

Stored deep below the ground

The Asse site used to be one Germany's most productive salt mines until it was closed down in 1964. Shortly thereafter it was bought by the German government and used as a storage site for the country's low to medium-level radioactive waste for more than a decade. The barrels, most of which came directly as nuclear waste from power plants, were stored in empty chambers already dug out by the salt miners.

Now, engineers and safety experts work here, shoring up the aging mine and protecting Germany's decades-old nuclear waste which is buried deep underground.

Florian Emrich, of the German Federal Office for Radiation Protection (BfS), which now runs the facility, explains why the site no longer takes deliveries of nuclear waste.

"Back then they stopped storing the nuclear waste here because the mine didn't adhere to the new legal requirements of storing nuclear waste in Germany. That's why they had to shut it down."

But, while there is no nuclear waste now being brought in, there are still thousands of drums down in the salt chambers. Emrich says the condition of many of the barrels is unknown and that's why exploratory drilling is now taking place. In the 40 odd years since they were dropped in, many barrels are believed to have rusted and may be leaking.

And, he says that the mine itself is also unstable. Water has been seeping into the mine from groundwater runoff for years. That's why new, more stable, access shafts are now being designed for the planned waste removal. 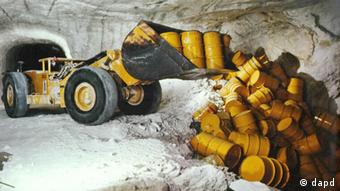 "Since 1988 water has been coming into the mine," Emrich explains. "People have realized that this site isn't safe. After all, if more and more water comes in, there is always the chance that the mine floods completely."

The fear is that, through the pressure created by a flooded mine, nuclear waste could be pushed back up to the surface, contaminating local water supplies.

She's just one of many people in the area who has found work here at the nuclear storage site in recent years. On the job she has to wear a small Geiger counter to check for radioactivity coming from the waste stored here.

"The exposure that you get when working underground is actually less than above ground, because salt is such a good insulator," Parlitz says. "When I am standing outside a storage chamber, with a salt wall between me and the barrels, then the radiation is basically nil."

Klaus-Günter Warnecke, the mayor of Remlingen, has been monitoring progress at the Asse nuclear waste site for nearly 20 years. Recent local media reports say he may have to wait another 20 years before the clearance of the site begins.

"That sort of length of time really makes people here worry," Warnecke says. "It's such a long period. The people here say the cleanup should start earlier, and more should be done concurrently. 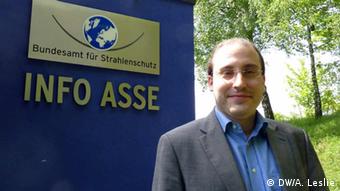 "Actually, we get the feeling that relatively little is happening."

Emrich of the BfS says legislators have discussed the year 2033 as a possible cleanup date – but this isn't fixed.

"The clearance and shutting down of this site is a really big challenge. There is no doubt about that. Here, we have to sort out the problems that others have left for us in the past," he told DW. "But, 2033 is not a final date."

However, once the waste removal work begins, one big question remains: where will the radioactive material be stored once it's brought up? Locals are worried that authorities will decide on an aboveground storage facility, right next to the mine site.

Emrich says there are benefits to choosing a site close by: the legal paperwork is easier, and the road transport of nuclear waste, always an issue in Germany, could be avoided.

Heike Wiegel, back in her home in Remlingen, simply hopes that with the enacting of the law ordering the cleanup, that authorities will start to make progress.

"It is a question of will," she says. "We know that some officials are still arguing about pulling the waste out. I just hope common sense prevails and the cleanup is done before something goes wrong in that mine."

A Berlin citizens' group wants to wrest control of the city’s electricity grid in order to promote renewable energy. They accuse current operator Vattenfall of failing to seek alternatives to fossil fuels. (15.05.2013)

Listen to the radio report from Asse