Liverpool's German goalkeeper Loris Karius was loaned out to Turkish side Besiktas after a horror show in the Champions League final. But everything has fallen apart once again and now he is desperate to leave. 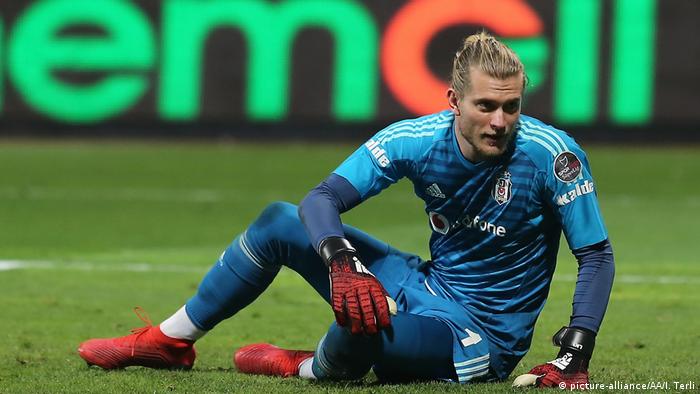 Loris Karius' last three months at Premier League side Liverpool were nothing short of a nightmare. Dreadful mistakes in the Champions League final against Real Madrid cost his team two goals in their 3-1 defeat. His tears and heartfelt apology after the game only went a little way to quelling the fans' resentment.

Then, during the warmup for the club's first preseason game in July at lowly neighbors Chester, Liverpool's official TV channel awkwardly caught him spilling a catch into the net. Social media users were quick to laugh. Three days later he dropped a freekick into a striker's path during a friendly at Tranmere Rovers and Liverpool fans grimaced all over again.

"Our job is to support Loris. That's part of our deal," said coach and compatriot Jürgen Klopp after the game. Just over a week later, the club announced a record €75 million deal to bring Brazilian goalkeeper Alisson to Anfield. 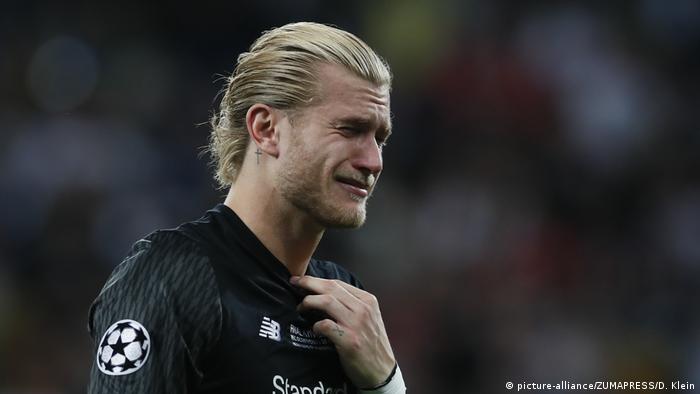 It was clear who would be Liverpool's main goalkeeper for the season. It was time for Karius to pack his bags.

In August, the German signed a two-year loan deal with Turkish side Besiktas and moved to play in the Super Lig. It was supposed to be a clean start. "I knew I had to pick myself up and I couldn't just hide away and dwell in the past," the 25-year-old told German newspaper Bild upon joining the 15-time Turkish league champions.

But he had barely escaped from his past when it caught right back up with him. In his first game for his new side he hesitated in coming to collect a cross and allowed Bursaspor's Diafra Sakho to get ahead of a defender to equalize late in the game.

During his side's doomed Europa League qualification campaign, away at Malmö, Karius tried to push a deflected shot over the crossbar, completely missed, and the ball dropped over his head and into the net. Whether or not he was at fault for the fluke goal, it looked comical. 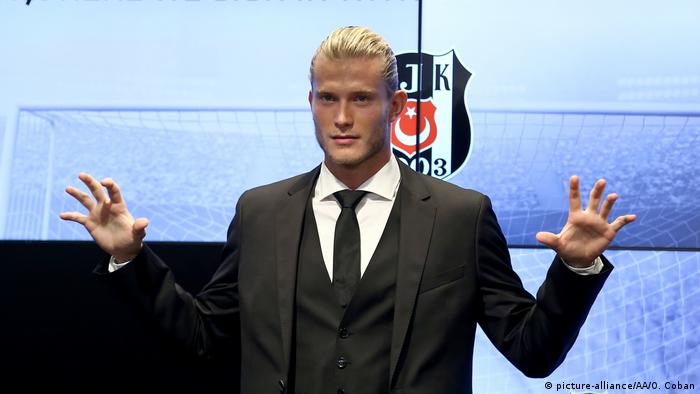 The repeated blunders in games quickly lost Karius the trust of supporters, who are demanding other options. "The fans are angry. They are thinking about Utku Yuvakuran, a very young goalkeeper who is waiting to take over from Loris Karius," Turkish football writer Didem Dilmen told DW.

"Besiktas fans are saying forget about Karius, we've got no more time for him. Let's go with Utku. If anyone is going to make mistakes, it's better that it's him."

Following Besiktas' most recent game, a 1-0 victory over relegation-threatened Göztepe, Karius appeared to bait fans on social media for his clean sheet. They reacted poorly, suggesting his record of six clean sheets in 37 games was nothing to be proud of.

"If you don't perform for your club in a match and start posting things on Instagram, it's not a good thing in Turkey," said Dilmen.

There are some fans still sticking by Karius and hoping he will stay at the club, but they also acknowledge his position is more precarious than it should be for a first choice goalkeeper.

"I am against the jeers directed towards him because we will go on with this goalkeeper," Ali Pektas, a leader of Besiktas' well-known fan group Carsi, told DW.

"We have to go on with him. I admit that he has conceded bad goals. But we cannot blame him for the all mistakes made by the whole team. We must support him and not let him be demoralized.

"I think Karius is a good goalkeeper. And I hope the board will take the right decision and go on with him."

Harsh words from the trainer

Coach Senol Gunes, a famous former goalkeeper in Turkey himself, has also been wavering in his support. There were noises coming out of Besiktas in October that the club wanted rid of Karius. By November he was considered a permanent fixture in the side. Then in January his position was under severe threat again.

After a poor performance in a 3-2 win over sixth place Konyaspor on March 10, Gunes heavily criticized his goalkeeper. "Karius has gone a bit stagnant, there's something wrong with his electricity, motivation, enthusiasm for the game," he said.

Karius' stay in Turkey got even worse three days after the Konyaspor game, when it was revealed he had complained to FIFA about Besiktas' failure to pay his wages.

According to Karius the club, which pays him half his monthly salary under the loan deal, owes him four months' pay.

He is not the only high-earning player to have such problems, as Turkey's clubs struggle with high levels of debt and the weak lira. His complaint to FIFA could mean Besiktas are docked points and slide out of the Europa League places. 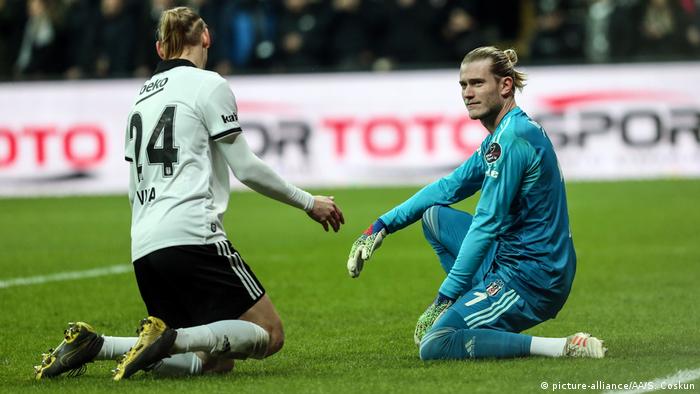 "Of course he has a right to do it. But after the FIFA complaint I thought Karius [wanted] to leave Besiktas and cut all his ties with the club," explained Dilmen. "When you go to FIFA that means 'I don't want to play here anymore.'

"In Turkey with have an idiom for that. We say he has set fire to all of his ships."

FIFA confirmed it had been contacted over the matter, but refused to make any further comment until the investigation is complete.

A return to Germany?

Media reports on Wednesday suggested he has appealed to Liverpool to cancel the loan deal and made it clear to Besiktas he wanted to leave.

However, with Alisson continuing to earn high praise for his performances at Anfield, it is unlikely Karius will get ever play in front of the Kop again.

Bundesliga side Eintracht Frankfurt are rumoured to be interested in him as a replacement for the on-loan Kevin Trapp, and Olympiakos are said to be ready to offer him another way out of Turkey.

But wherever he moves next, Karius will be desperate to leave the baggage of his mistakes behind.