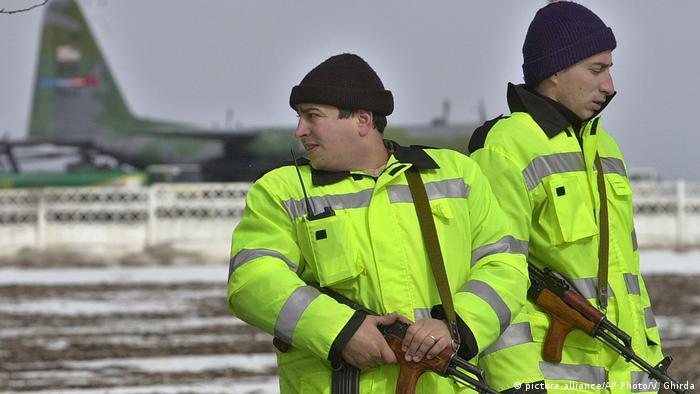 The European Court of Human Rights (ECHR) in Strasbourg found Thursday that secret hosting of CIA detention sites by Lithuania and Romania in 2004 and 2005 breached basic tenets of the 1950 European Convention on Human Rights.

Stateless Palestinian Abu Zabaydah — caught by US authorities in Pakistan in 2002 and initially seen as a key al-Qaida terror suspect — was held for two months in a secret detention facility in Lithuania in 2005.

Saudi Arabian, Abd Al Rahim Husseyn Muhammad al-Nashiri — suspected by US authorities of attacking a US naval ship in Aden in 2000 and a French ship in the Gulf of Aden in 2002 — was held by the CIA in Romania between 2004 and 2005.

Both have been held for years at Guantanamo, a US base on Cuba.

Lawyers for the pair had lodged complaints in 2011 and 2012, asserting that Lithuania and Romania had secretly let the CIA torture the suspects and hold them incommunicado.

"This ruling stands as a sharp rebuke to Romania's shameful attempts to cover up the truth about its hosting of a secret CIA prison," the Open Society Justice Initiative's Amrit Singh, the lead lawyer on al-Nashiri's case, said in a statement released on Thursday. "It is critical for ending impunity for European complicity in the CIA's torture program."

ECHR judges unanimously cited violations of Article 3 prohibiting torture, Article 5 on rights to liberty and security, Article 8 on respect for private life and Article 13 on the right to an effective [legal] remedy.

Both European countries had formal jurisdiction over the CIA sites on their territories and were therefore responsible for convention violations, concluded the seven-judge panel.

Abu Zubaydah and Al Nashiri were regarded as "high-value detainees" by the CIA when President George W. Bush opened his "war on terror" in the wake of the September 2001 attacks by airline hijackers on New York and Washington.

The court included in its documentary evidence a 2014 US Senate report, which found that both Zubaydah and Nashiri were subject to "enhanced interrogation techniques" while in CIA detention. 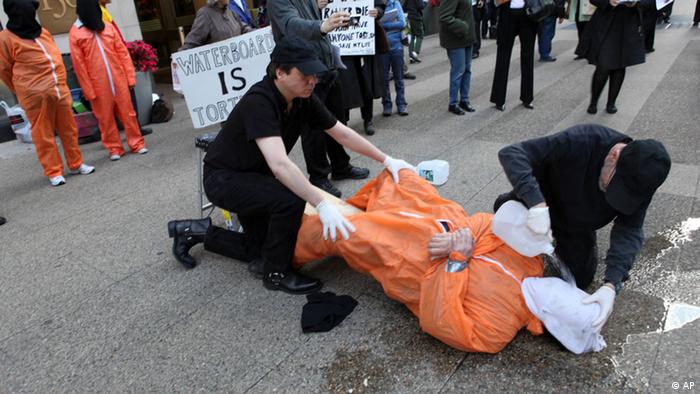 Issuing its twin judgments, the European court also concluded that Romania had also denied al-Nashiri Europe's Article 6-right to a fair trial and exposed him to a "flagrant denial of justice" on his transfer to the US.

Romania should still seek assurances from the US that al-Nashiri would not be sentenced to the death penalty, which in Europe is outlawed, the Strasbourg judges insisted.

The existence of secret CIA prisons in Europe was revealed in November 2005 by the Washington Post newspaper.

During her confirmation hearings, Haspel said the CIA would "not restart such a detention and interrogation program."

She told the Senate Intelligence Committee that it had done "damage to our officers and our standing in the world."

The Strasbourg court had held fact-finding hearings into both cases in June 2016, attended by Amnesty International, the International Commission of Jurists and the Helsinki Foundation for Human Rights.

In al-Nashiri's case, the Strasbourg court said Thursday no information on a Romania investigation, launched in July 2012, had been made public.

And, in Zubaydah's case, a Lithuanian prosecutor general's probe in 2010 had ended without any prosecutions.

Lithuanian Justice Minister Elvinas Jankevicius told reporters Thursday that "we will take a decision after carefully examining" the ruling.

Parties to Thursday's Strasbourg rulings have three months to request appeals, which, if granted, would go before that court's Grand Chamber.

CIA: The Gina Haspel controversy runs deeper than her appointment

Should Gina Haspel, despite her role in the CIA's rendition program, become the agency's next head? That's the key question for Senators who must decide whether to confirm her. But it obscures a much larger issue. (09.05.2018)

US President Trump is expected to sign an executive order reinstating secret CIA "black sites." In an interview, Trump said waterboarding and other interrogation techniques used in the facilities "absolutely" worked. (26.01.2017)

The 1951 Refugee Convention was drawn up in the wake of World War II to protect Europeans, who were forced to flee their homes. DW takes a look at why the document is still relevant 65 years on. (28.07.2016)