The CIA's "enhanced interrogation techniques," introduced after 9/11, were not just cruel, but rarely led to valuable intelligence, a report by the US Senate is likely to say. A summary is expected to be declassified. 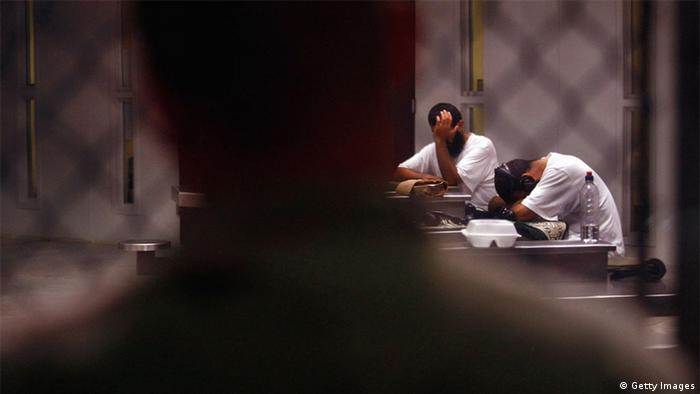 A summary of a 6,300-page report on harsh CIA interrogation techniques launched after the 9/11 attacks is set to be made available to the public. On Thursday, the Senate Intelligence Committee, which compiled the report, voted to pass the summary on to the executive for declassification.

The report is expected to be the most comprehensive account so far of the Bush-era program. It not only details the use of so-called enhanced interrogation techniques such as waterboarding, using stress positions and dunking that were introduced by the Bush administration after the 9/11 attacks, but according to the Washington Post, also shows that the CIA misled the government by overstating what these techniques achieved. 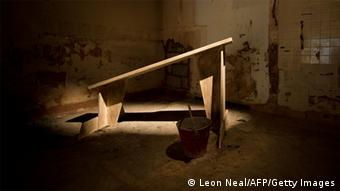 An artist's version of a waterboarding installation

The techniques, some of which the Obama administration has since labeled as torture, were used inCIA prisons outside the United States, known as "black sites."

"I strongly believe that the creation of long-term, clandestine black sites and the use of so-called enhanced-interrogation techniques were terrible mistakes," Dianne Feinstein, who chairs the Senate Intelligence Committee, said on December 13, after the Senate committee had approved its report on the CIA's program, which remains classified.

The Washington Post quotes one US official as saying that the CIA told the Justice Department on several occasions that the techniques led to "unique, otherwise unobtainable intelligence that helped disrupt terrorist plots..." He goes on to say that the report shows that this turned out to be false.

Barry Eisler, a former CIA operative turned bestselling novelist, told DW via email that senior figures in the Bush administration, like former Vice President Dick Cheney, talked about getting "actionable intelligence" from detainees who underwent enhanced interrogation. But, he says, "you won't hear torture produced this intel - because it didn't. That's what they want you to think, even if a prisoner gave actionable intelligence before he was tortured." 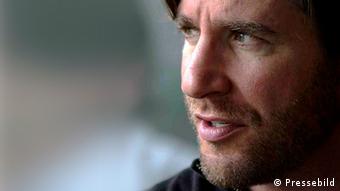 The Washington Post says Abu Zubaydah, a suspected al Qaeda operative who is now being held in Guantanamo, is an example of a detainee who, according to the CIA, yielded information after being subjected to their enhanced techniques, which critics dispute. Ammar al-Baluchi, the nephew of self-proclaimed mastermind of the 9/11 attacks, Khalid Sheik Mohammed, was a suspect who, according to the Post, was tortured even after he appeared cooperative.

Bob Graham, former senator for Florida, who chaired the Senate Intelligence Committee for 18 months in 2001 and 2002, told DW that "I was not aware of the enhanced interrogation techniques while I was on the Committee or in the Senate."

While the CIA insists it briefed senators on the program when it was launched, Graham says he keeps a daily log of his appointments, which does not tally with the CIA's statements.

"I was told I was briefed on four occasions, and on inspection I found that - with three of the four - there was no briefing and on the fourth it was not about the subject of enhanced interrogation," he told DW.

Graham says he is not surprised that he did not get knowledge of the program as "in the larger context, there is a lot that we don't know, there's been a lot that's been withheld." 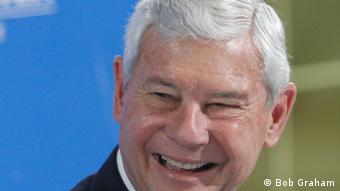 Graham calls it a "breakdown in the relationship" of the agencies and the congressional committees, as the law requires the agencies to keep the committees informed of their activities, which, it appears, is not happening at the moment. The two committees, one in the House of Representatives and one in the Senate, are tasked with overseeing the intelligence agencies' activities.

While in office, he was particularly interested in how the 9/11 hijackers could plan their attacks so well and meticulously without, it seemed, any external support. But he found that there, too, "the intelligence agencies have been very unforthcoming on that possibility of an external network of support."

"The only real solution I can see is to radically scale back America's entire infrastructure of secrecy…but I don't think it's likely," Eisler believes. He says both theNSA scandal and the CIA's use of torture are "instances of what happens when bureaucracies are given vast powers with no oversight."

"Some secrecy is necessary to protect democracy. Too much secrecy is a cancer on democracy," Eisler says.

As for the use of torture, Graham points out that "our forefathers were wise enough to recognize the inherent unreliabilty of information gathered through torture," which is why its use is unconstitutional as well as against international law, which the US has signed up to.

So far, US President Barack Obama has not weighed in on the debate about the report, and Eisler believes that "it's clear that Obama wants the issue to go away." When he took office in 2009 - the year the Senate Committee decided to initiate the report - Obama said he did not want to prosecute anyone from the previous administration despite classifying some of the methods it approved as torture.

"In failing to direct the Justice Department, Obama is violating his constitutional obligation to 'take care that the laws be faithfully executed,'" Eisler says.