He wrote bestsellers, offended the audience and broke political taboos. Peter Handke, who turns 70 on December 6, is one of the most significant German-language authors of our time. 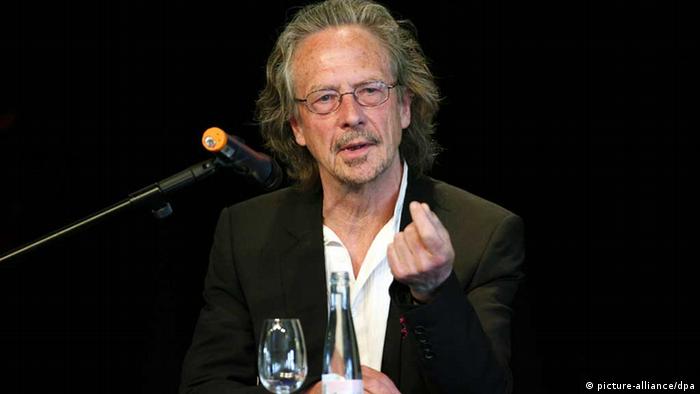 When Peter Handke began his literary career, writers were still wearing horn-rimmed glasses and proper suits. Germany's literary establishment, still in a post-war slump, was shocked by this wiry Austrian with a worn leather jacket and long hair.

He accused the contemporary German literature scene of being "descriptively impotent" and, a year later, became the scene's enfant terrible with his play, "Offending the Audience" (1966). 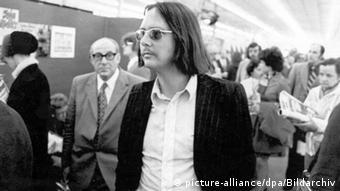 Both Peter Handke's work and public image were characterized by provocation. He mixed Nietzsche with lyrics from rock songs in his books; he wrote about the jukebox and about his Slovenian roots.

Over the years, he consequentially used his own life as the basis for his writings. "A Sorrow beyond Dreams. A Life Story" from 1972, in which he deals with his mother's suicide, is one of many works that both shock and fascinate at the same time. His writing style consists of meandering sentences, interrupted by questions and permeated with pathos and doubt.

In the 1980s and 90s, Handke's works were hard to miss. Books like "The Goalie's Anxiety at the Penalty Kick" (1970) were added to school curricula. He translated, directed, and wrote screenplay, including the iconic film "The Sky over Berlin" directed by his friend, Wim Wenders.

But it seemed that this omnipresence annoyed the author. Once a revolutionary, he had become a writer for intellectuals. And a decorated one at that: The prestigious Georg Büchner Prize is among his many accolades. 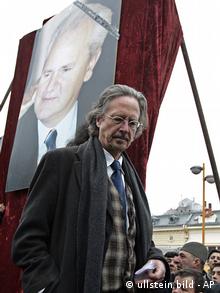 As if in an effort to evoke the spirit of the uncomfortable once again, to agitate a society prone to consensus, he became politically active in 1996. But for the wrong cause, many believed. After the disintegration of Yugoslavia, he promoted Serbian interests and protested the NATO air attacks. He visited the Serbian war criminal Radovan Karadzic, as well as the grave of Slobodan Milosevic - and wrote about it.

Handke's resulting text, "A Journey to the Rivers: Justice for Serbia" (1997), was torn apart by the critics. Because of the author's political leanings, the Parisian theater Comedia Francaise refused to perform a work of his. In 2006, the political controversy came to a head when Handke was considered for Germany's Heinrich Heine Prize. After an uproar in the media, the author opted out of the prize on his own accord.

Is Handke a political reactionary, or a great writer with a need to disturb the public unanimity? Handke himself refused to give a clear answer. He withdrew to his residence near Paris and only seldom gave interviews. 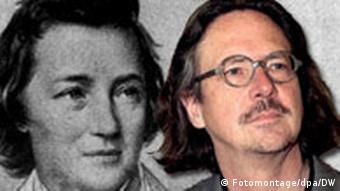 Published in 2008, "Die morawische Nacht" (The Moravian Night) is the tale of an odyssey through Europe, in the author's own footsteps. Here, his political bitterness seems to have softened into poetic self-reflection. It's as if Handke wanted to drive out the bad spirits of the previous years.

He uses a language that leaves room between the lines; he keeps his distance, observes from the edge, but still conveys a sense of intimacy. After 70 years, this contradiction is what defines Peter Handke - both his personality and his work.

Sarah Diehl is a writer, documentary filmmaker and activist. She spoke to DW about her first novel, "Eskimo Limon 9," which tells the story of an Israeli family that moves to a provincial German town. (12.11.2012)

More and more people are reading e-books - most of them on the train or the bus. But few readers realize that e-book providers know more about them than they think. (07.11.2012)