Linguistic and cultural splits run deep despite changing demographics in Belgian communities. The rise of nationalist parties is also playing into the lead-up to Sunday's municipal elections in Belgium. 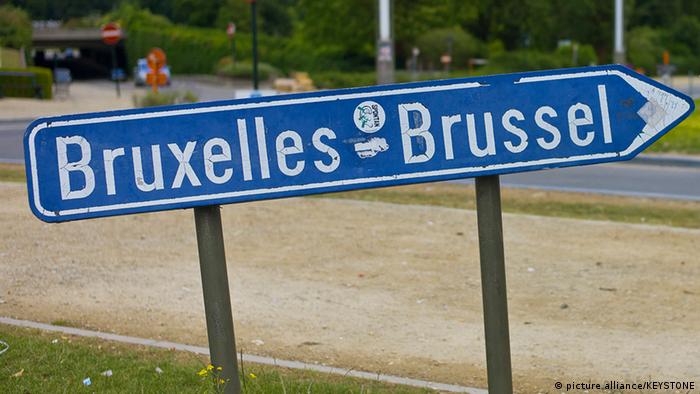 In Antwerp, outspoken Flemish nationalist Bart de Wever is using his tilt at the mayorship to kick-start a campaign that could end in the dissolution of Belgium. Meanwhile in the outer suburbs of Brussels, a more subtle Belgian drama is being played out. A look at one town shows that in these municipalities, the language people speak and the context in which they speak it is front and center of the political campaign.

The Brussels Metro Line 1 rumbles east from the headquarters of the European Commission out to the city limits. Several stops and 10 minutes later, it approaches the invisible border between the mainly French-speaking greater Brussels and the officially Dutch-speaking Flanders.

This is where modern demographic trends and traditional political tribalism clash, making Sunday's poll an event of national significance.

In the municipality of Kraainem, nestled between the Brussels border and the city's ring road, there is no shortage of French being spoken - despite the fact that it lies in Flanders, Belgium's Dutch-speaking region.

Carel Edwards, Anglo-Dutch by birth and a candidate for the Kraainem Council, says the town of 13,000 inhabitants - 3,500 of them foreigners working in international institutions - used to be a Flemish farming village and is now a suburb of Brussels with a majority of French-speaking people. 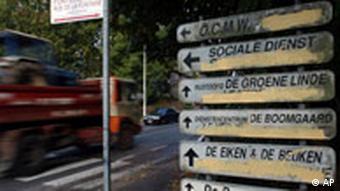 "What neither the Flemish nor the French-speaking Belgian population really appreciate is the fact that they are becoming part of the metropolitan region that has to be multilingual. Brussels is already multilingual," Edwards told Deutsche Welle.

It's a common pattern around the outer suburbs: intransigent francophone councils pitted against a Flemish regional legislature with real concerns about the demographic language-creep. And while the French language rights in border areas of Flanders are protected by national laws, that hasn't done much to alleviate the tension.

According to Carel Edwards, that tension can have a real impact on the lives of residents. Kraainem's local school needs new buildings, and students are already being housed in temporary facilities on the playground, he said.

But the local council is loathe to get the money to extend the school from the Flemish regional government, Edwards explained. "The French-speaking administration would rather have no money than Flemish money, even if the population suffers," he added.

So far, neither the francophone-dominated council of Kraainem nor the Flemish regional government appear ready to embrace multilingualism.

Linguistic divisions remain deeply etched in the voting patterns of residents in communities such as Kraainem. And according to Jean-Benoit Pilet, a lecturer in political science at the Université Libre de Bruxelles, the only way out of the predicament is for one of the parties to back down. Which appears unlikely.

Pilet painted a black-and-white choice: "The only solution is that either the majority of French speakers accept they are in Flanders and it's not a bilingual region, or the Flemish government accepts that these municipalities are bilingual so they should be part of Brussels, because the Brussels region is bilingual," he told Deutsche Welle.

The strong showing of Flemish nationalist parties in recent polls would suggest that on the issue of francophone communities, the Flemish regional parliament isn't about to relent.

The New Flemish Alliance - known by its Dutch acronym NVA - has been in existence for just more than 10 years. But the party dominates politics in Flanders and is hoping to do well in the polls - particularly in Antwerp, where its charismatic leader, Bart De Wever, is running for mayor. If he wins, the assumption is he'll be ready to take the Belgian parliament by storm at the next federal election in 2014.

Concerns over the impact of language divisions in Kraainem have led Edwards and a number of like-minded residents to come together and run for council, under the banner of "Kraainem Unie" - united Kraainem.

Peggy Cortois is the group's spokeswoman. She is Flemish but speaks both French and Dutch - at home, too. "It has always been a mixture of two languages," she said. "I never understood how people could turn language into a problem. It's like a micro-world here, micro-Belgium - that's Kraainem!"

But it appears that overcoming differences in this polarized situation will take time, to say the least. Which means that at least for now, francophone suburbs such as Kraainem are likely to remain politically divided.

As well as Belgium’s French and Flemish-speaking regions, a handful of municipalities speak German. But, with increasing division between Flanders and Wallonia, the eastern Cantons have been looking at their options. (19.04.2012)

After a record 541 days without a government, Belgium finally has a new prime minister and cabinet. In a divided and indebted nation, the task that lies ahead for premier Elio Di Rupo does not look to be an easy one. (06.12.2011)