Belgium′s German-speaking cantons ponder their position | Europe| News and current affairs from around the continent | DW | 19.04.2012

As well as Belgium’s French and Flemish-speaking regions, a handful of municipalities speak German. But, with increasing division between Flanders and Wallonia, the eastern Cantons have been looking at their options. 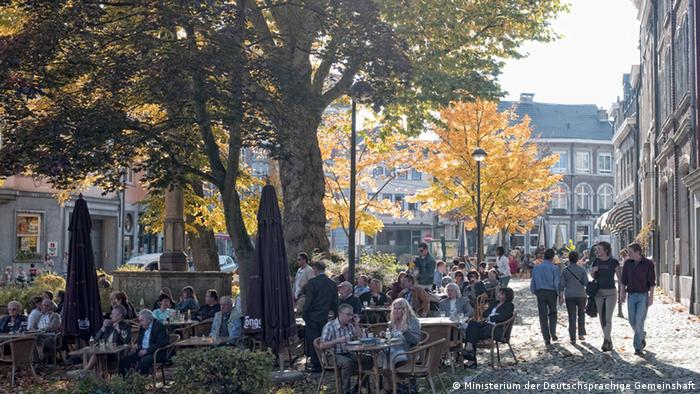 When you arrive in the sleepy town of Eupen, population 18,500, you would never guess it has its very own government, independent to an extent of state and federal administration.

You might also find it hard to believe you're in Belgium, as your ears detect that the language of choice is German.

It is well-known that Belgium is a nation divided along linguistic lines. Dutch-speaking Flanders and French-speaking Wallonia have a fractious relationship.

But when a stalemate between Flemish and Walloon politicians left the country with no government for a record 18 months, few considered Belgium's eastern cluster of German-speaking municipalities. 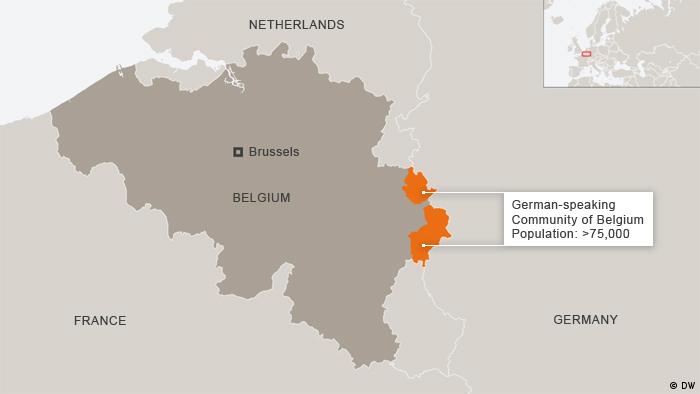 The region sits near Germany, Luxembourg and the Netherlands

The discord is nothing new. In fact, the country has been in a process of separation since the 1960s, with a succession of state reforms meaning that "competencies" - they insist on using that word here - have been increasingly devolved.

Belgium's mind-boggling architecture of regions and communities means that, although Eupen has responsibilities for education and local government, the 75,000-strong community is officially part of the region of Wallonia.

At Belgium's only German-speaking newspaper Grenz-Echo, journalist Christian Schmitz explains that, during the national dispute, people here had their own way of looking at matters. The problems were, and remain, more than linguistic. Flanders believes it is subsidizing Wallonia, with little prospect that this will ever change, says Schmitz, and - to a certain extent - German speaking Belgians agree. 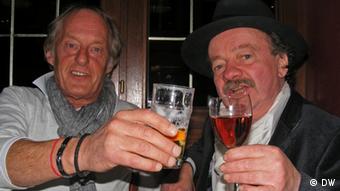 The German-speaking community is the European Union's smallest federal area with a part-time parliament that holds monthly plenary sessions.

Two swathes of land make up the community, the northern Eupen region and the southern Belgian Eiffel. Both were part of Germany until end of the First World War and were given to Belgium under the Treaty of Versailles. The Nazis snatched the region back during the Second World War, only for it to return to Belgium upon liberation. Gradual autonomy has come since then, and has become a cherished part of life here.

"The people in the German-speaking community, I'm really convinced, are very proud of the autonomy," says Schmitz. "We have our own politics with a lot of things. When we were German it was not so good for us so this is very, very important for our identity."

In addition to its parliament, the German-speaking region has four paid government ministers, including Minister President Karl-Heinz Lambertz. Given their historic to-and-fro between states, Lambertz explains, German-speaking Belgians place a great value on autonomy.

"The identity of the people in this frontier region is a very delicate issue," Lambertz says. "They know what they are not. They are not Walloon people and they are not Germans. The positive formulation is a little more difficult."

When the Flemish separatist N-VA became the largest party in the Brussels parliament in 2010, its demands led to 18 months of political stalemate. 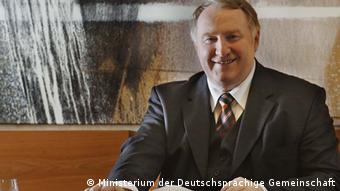 The Minister President says that identity is a "delicate issue"

A complete break-up of the nation was averted. Despite their difference, Flanders and Wallonia have one thing in common. Neither wants to lose the bilingual crown jewel that is Brussels. Lambertz was involved in the tortuous procedure of negotiation.

"Each time something changes in Belgium it is also important for the German-speaking part," he says. "It is not federalism invented for cooperation, but for more separation, and there the place of the little Belgian German speaking minority is very interesting."

In the event of a break-up, a variety of solutions were put forward. The area could go with Wallonia, or go it alone. It could be absorbed in part or in whole into neighbouring Luxembourg or - a more unpopular option in light of Hitler's annexation - into Germany. For the minister president, such options are not on the cards. The country will not split, even if the N-VA win more seats in 2014, he believes.

"It is not a real perspective," says Lambertz. "I think that the very important aspect of Belgium is that Belgians are always able to make a compromise."