The British director was born 120 years ago, and his films have hardly aged. Three Hitchcock experts explain why the master of suspense remains one of the most influential filmmakers ever.

Even in the digital age, Hitchcock is a household name. In the worldwide listings of Amazon and Netflix, one is likely to stumble across a Hitchcock film, which is unusual for the business model of these US streaming services.

Why is the British film director born on August 13, 1899 so popular? We polled three German Hitchcock experts.

Masterpieces that have lost none of their fascination

"Alfred Hitchcock's 53 films are timeless," explains film publicist Thilo Wydra, the author of books about Hitchcock actresses like Grace Kelly and Ingrid Bergman — and on the master himself. Examples? "Take another look at movies like Room With a View, Vertigo or Psycho today, or even — how wonderful that would be! — see them for the first time, and you'll know that these masterpieces have lost absolutely nothing of their attraction, fascination or visual effectiveness." 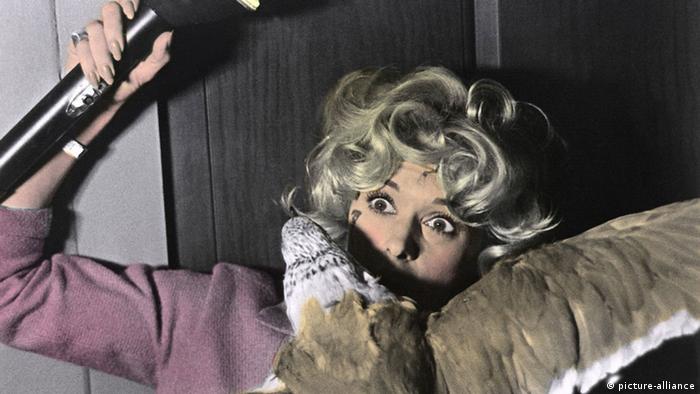 Few films today are as intense: "The Birds" with Tipi Hedren

That's clear today if you see Hitchcock on the big screen: "If you're already familiar with a work like The Birds of 1963, the effect on-screen is so powerful, unfiltered and intense. Only few films produced today match up."

Hitchcock was not a teacher

Munich author Alexander Kluy points to another reason for Hitchcock's enduring popularity, saying that he "never wanted to teach the public," but rather entertain. "That's why he opted for the thriller genre: psycho-thrillers and suspense films." Added to that: "visual elegance, dramaturgic verve, characteristic irony, and ambiguous signs and symbols."

One of the most famous scenes in the history of cinema: Janet Leigh just before being murdered in the shower in "Psycho"

Hitchcock specialist Ingo Kammerer, an instructor at Augsburg University, points to another reason: Hitchcock was a "true master of self-marketing," a name "recognized and marketable." Every generation, says Kammerer, will encounter Alfred Hitchcock.

A footprint on popular culture

Hitchcock is obviously most famous for his films, but his name appears in various artistic fields — for instance, in the novels he wrote in his youth, works of art such as a project by the Belgian artist J. Grimonprez titled Looking for Alfred and even designer pens (the "Limited Edition Alfred Hitchcock' by Montblanc). "Hitchcock's influence on modern pop culture cannot be overestimated," says Thilo Wydra. 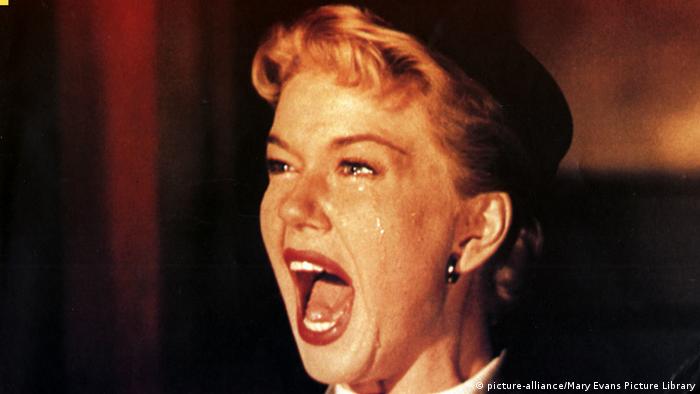 The secret of the Hitchcock trade? Kammerer defines it as his "exceptional narrative economy. Nothing is superfluous, each detail has an essential function in the plot, nothing is incidental. This boiling down to the essentials and its aesthetic implementation through camera technique and visual sequences are pillars of modern filmmaking."

Kammerer points to how Hitchcock handles his audience. Taking the film classic Psycho as an example, "He manipulates the viewer of course, but he also gives him room to participate in the narrative." The French philosopher Gilles Deleuze described that interaction between the artist and his public as a "mental image." "It is only the viewer that makes the narrative complete," Kammerer adds. Hitchcock, he says, was the first to achieve that in the film medium: "The tension created by the viewer knowing more about the situation than the protagonists was something Hitchcock perfected." 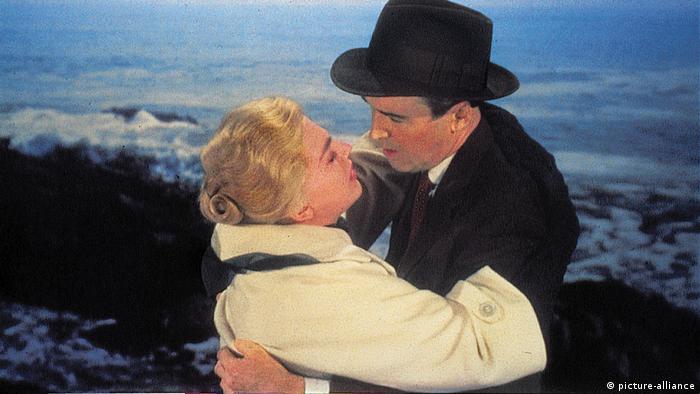 An otherworldly beauty in "Vertigo," with Kim Novak and James Stewart

Alexander Kluy agrees: Hitchcock's "strength lies in how he plays with the audience's expectations: suspense and delayed suspense, usually with a touch of irony, generating anticipation, then and now." Film experts see worlds of interpretation opening up. It's "a game with an entertaining surface and an often subversive, sometimes sadistic, sometimes morbid depth that reveals itself only on repeated viewings and, to every generation, probably seems contemporary."

All three German Hitchcock experts point to the fact that later directors refer to the master, imitate and quote him.

Thilo Wydra lists a few: "Beginning with the French Nouvelle Vague — most of all Claude Chabrol and François Truffaut — and including Americans like Martin Scorsese, Steven Spielberg and Brian De Palma, all the way down to younger directors like the French prodigy François Ozon." They are all "decisively influenced by Hitchcock's subtle visuality, his style, visual imagery and use of music and engaging audio backdrops." 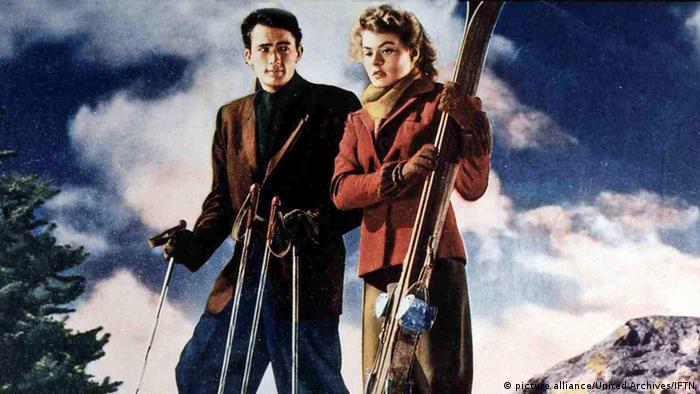 For the dream sequence in "Spellbound" with Gregory Peck and Ingrid Bergman, Hitchcock got assistance from Salvador Dali

Alexander Kluy says: "Optical and technical elements — film cuts, camera technique, sequences — are probably one reason for his pervasive influence. The other is that ever timely and exciting, moral-psychological penetration into the souls of his protagonists, who are highly ambivalent and multifaceted."

Some directors have directly paid tribute to the influential filmmaker through the choice of their filming location, points out Kluy: Ethan and Joel Coen shot The Man Who Wasn't There, the character study of a man shot in black and white in Santa Rosa, the small city in California where not quite 60 years earlier, Hitchcock had made his refined and disturbing, latently savagely destructive film Shadow of a Doubt, also in black and white."

Kammerer agrees: "In the thriller genre, Hitchcock is ever-present. The Mission Impossible and James Bond series recall North by Northwest". The element of suspense is just as much a part of the art of film as is the Vertigo Effect, the cinematographic dolly zoom effect conceived in the famous Hitchcock film. Steven Spielberg took the "corn field scene from North by Northwest and expanded it into an entire film — Duell. And he sank The Birds into the ocean — with Jaws." 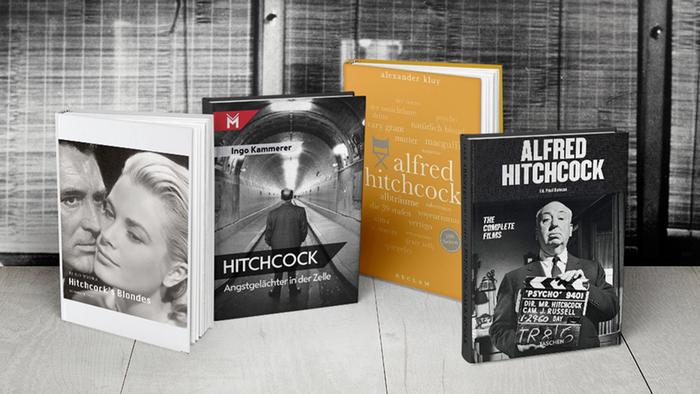 Many new publications about Alfred Hitchcock 120 years after his birth

Brian de Palma, long considered Hitchcock's greatest admirer in Hollywood films, "worked stylistically so close to the master for a while that, growing tired of being called an uncreative copycat, once said: "Yes of course. Hitchcock is to film what Bach is to music: an authority you can't get around."

A German filmmaker mentioned in this connection is Tom Tykwer, who, says Ingo Kammerer, "in Lola rennt (Lola Runs), zips through Berlin in Vertigo hues." Series offered by streaming services include Hitchcock homages: The "exceptional Netflix series Black Mirror has many a Hitchcock moment," says Kammerer.

So 120 years after his birth, British master director Alfred Hitchcock turns up in the digital age too, not only with his own works but also as the great puppeteer behind the scenes and the teacher of entire generations of directors.

Francis Ford Coppola is one of the most influential living filmmakers. He creates Oscar-winning films — some box office smashes and a few that didn't go over. At 80, the director still has a cinematic dream to fulfill. (06.04.2019)

Germany now has a federal ministry for "Heimat." But what does "homeland" have to do with German cinema? DW spoke with a film expert about how Germany's struggles with national identity have played out on the big screen. (27.03.2018)