Alfred Hitchcock and Billy Wilder's uncompleted film about the liberation of the concentration camps was shelved for 70 years. Now André Singer tells DW about his film about the reconstruction of the documentary. 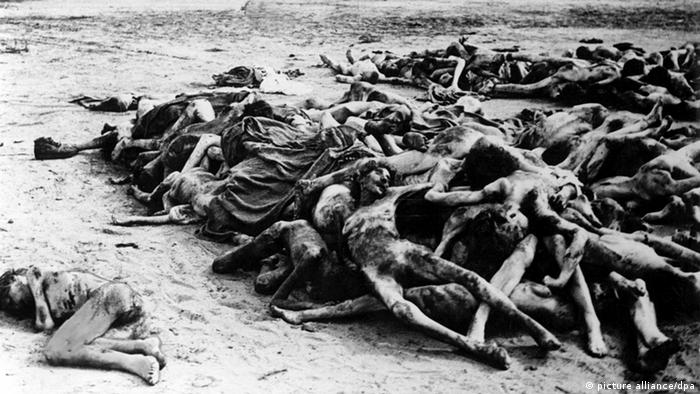 In 1945, British, American and Russian camera teams documented the liberation of the Nazis' concentration camps as the war drew to a close. Film directors like Alfred Hitchcock and Billy Wilder were commissioned to turn the raw footage into a documentary film. Then the political climate shifted and the uncompleted film landed in the British archives.

After years of research, the Imperial War Museum in London has managed to fully reconstruct the film Alfred Hitchcock started. It celebrated its world premiere last year at the Berlinale, Berlin's annual international film festival.

André Singer has now created a documentary of the reconstruction process, entitled "Night Will Fall." Concentration camp survivors from the original footage contributed to Singer's new film, he told DW in an interview.

DW: The original Hitchcock documentary has the title "German Concentration Camps - Factual Survey." When you saw it for the first time, what went through your head?

André Singer: First of all, the ability of fellow human beings to do it and to create such mayhem and brutality. You see the extremes in this film imagery of what actually did happen. And I think this becomes even more puzzling. Now it's been digitized from the original, and it is almost a different film because it is so stark and so clear.

When you see it for the first time, it's a shock. It's not distant; it's not those grainy bit of history. It's actually very vivid.

People have already seen some of the images in other documentaries. Not everything is new. So what is different in your film?

In order to tell their story and let them tell me the story, we searched and searched through all the material to find images of those people on film and to record those people 70 years later. It's the last chance to do it. It was an interesting kind of detective exercise. 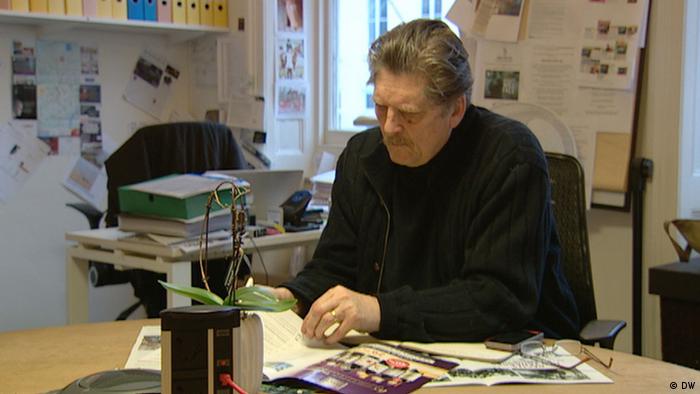 Alfred Hitchcock was involved in the project in 1945. What was his intention?

The man who was responsible for the film ["German Concentration Camps - Factual Survey"] - Sidney Bernstein - was a friend of Alfred Hitchcock's. When he started making the film after going to the camp [Bergen-Belsen] in April 1945, he realized that he needed a cinematic eye to make this, so it wouldn't become just a […] horrific archive.

He persuaded Hitchcock to come over to London from Hollywood and give him advice. By the time Hitchcock arrived, all the filming had been done. His advice was in the post-production and the editing. Hitchcock spoke to the editors; he looked at the footage, which apparently nauseated him. He couldn't go on and see more of it. He was totally horrified by the whole experience.

Finally, he gave advice about how to use the material in the film so it would have more of an impact: Long shots, making sure you choose panning shots from the countryside to the camp. He also advised Bernstein about mapping. He wanted him to make sure that when you put maps in the original film, you could see where the camps were in relation to the local inhabitants. So you could see that Dachau - for example - was in the center of the town. And the people lived close to it and there was no way that people can say they didn't even know that there was a camp here.

Later, Great Britain and the US decided to shelve the film. What were the reasons for this decision?

The war ended in early May. In June, the world started to move on. There was a new thread from the Allies - the British and Americans, in particular - which was now the thread of the Soviet Union and the beginning of the Cold War. They suddenly thought, "Hang on a minute. We defeated the Germans. Germany is not longer the enemy; the Soviets are now the enemy. Do we really want to use this material, let's say, to rub the noses of the German people in their crimes during the war when we need them to pick themselves up. We need to restore Germany."

There was a second reason in the UK, which is not very well documented. But I personally believe it was another influence to stop the film. One of the major political issues at that time - July 1945 - was the Palestine issue. The British had the mandate for Palestine. There was trouble brewing because of the rise Zionism. And in the Jewish refuge camps in Germany and in Poland, there was the beginning of quite a strong Zionist movement of people saying, "We don't want to stay in Germany, we don't want to go back to Eastern Europe, where the majority came from, because they weren't welcome there. What we want to do now is to go to Palestine."

That's not what the British wanted. They certainly didn't want to make a big noise about it and to show sympathy around the world for that plight because that would have made things worse. So a propaganda film that might encourage that situation was actually bad timing for them.

André Singer was born shortly before the end of World War II in Sao Paulo, Brazil. He has been making documentary films for more than 40 years, both as director and producer. He's worked for many years together with German film legend Werner Herzog, with whom he produced "The Act of Killing," about the death squads in Indonesia under dictator Suharto. Singer has said "Night Will Fall" is a project to which he is unconditional committed, adding that the current generation should understand the extent to which humans can experience brutality and horror.

The German World War II miniseries "Generation War" extends the debate about German guilt beyond German borders. Now, with a US release imminent, the media there have poured scorn on the production's intentions. (06.02.2014)

Born on October 2, 1869, in Porbandar in western India, Mahatma Gandhi led India to independence. On his 153rd birthday, here are some ways the iconic leader has been immortalized in popular culture.