Libyans turn against Islamist militias | World | Breaking news and perspectives from around the globe | DW | 23.09.2012

Violent demonstrations in the Muslim world against an anti-Islam video have lead to dead and wounded in many of those countries. In Libya, public anger has now turned against the extremists themselves. 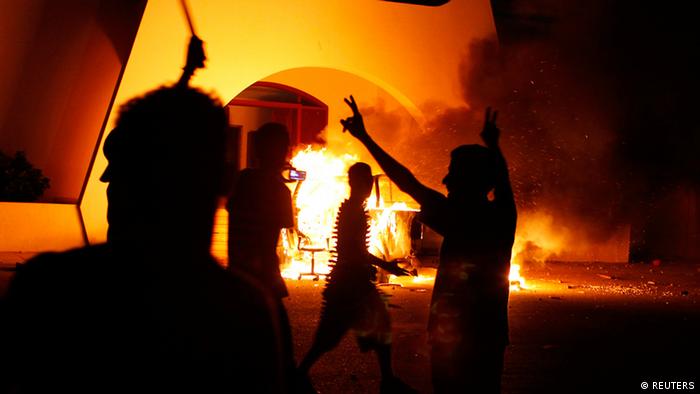 "The blood we have spilled for freedom must not be in vain," the demonstrators chanted. Added to the anger about an anti-Islam video and the Muhammad caricatures, there is now the disappointment about the developments in Libya itself.

Almost a year since the fall of Libyan strongman Moammar Gadhafi the new government has still not managed to get the country under control. While the police and authority are still in the making, it is essentially the armed militas that have the upper hand. 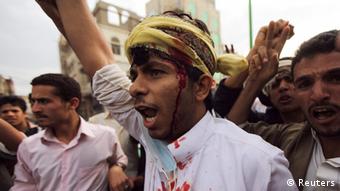 Some 30,000 Libyans took to the streets in Benghazi

"The militas are, in most cases, much better armed than the government's security forces and are not willing to give up their weapons," Günter Meyer, Libya expert with Mainz University told Deutsche Welle.

The rebels that stood united against Gadhafi are now fighting each other. Many are seeking to push through their radical agendas for society – and that has not gone down well with much of the general public. The frustration of ordinary Libyans with the chaos and harassment by these groups has now erupted into new violence.

Hundreds of protesters have attacked three militia headquarters in Benghazi, LIbya's second largest city and a bastion of the uprising against Gadhafi. The first target was the salafist Ansar al-Sharia militia which is seen as the driving force behind the storming of the US consulate earlier this month which lead to the death of the US ambassador and three other US citizens. 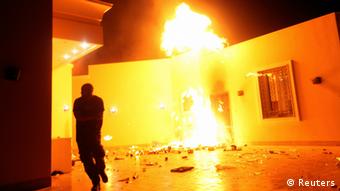 Ansar al-Sharia is close to al Qaeda and is one of the most significant armed groups in the country. In the past they have again and again shown an anti-western stance, Meyer noted.

"This position, and especially the attack on the US consulate, is opposed by a majority of the Libyan people," Meyer said.

But the anger of the protesters seems not only to be directed at the radical Islamists. With swords and butcher knives, the demonstrators attacked a post held by a brigade under the Defense Ministry. While the Ansar al-Sharia group fled from the protesters, the other militia fired live rounds into the crowd.

Three people died and about 30 were injured. The fact that not only Islamist groups were targeted shows, according to Meyer, that many Libyans reject the armed militias altogether - a circumstance which prompted the Libyan government on Saturday to announce that it would dissolve all militias not under the command of state authorities. 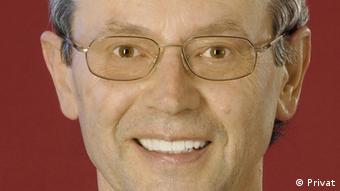 The riots against the armed groups were the biggest demonstration since the toppling of Gadhafi. In Benghazi, some 30,000 people peacefully took the streets to protest against the controversial depiction of Muhammad.

But during the march other issues were picked up as well, says Meyer. "Here in Libya, people used the protests also to express their unhappiness with the militias and the killing of the US ambassador."

A year since the fall of Gadhafi, the situation in Libya remains difficult. "It is a mix of domestic political power struggles and tensions between the east and the west of the country," Meyer explained. In addition, there are inner conflicts among the rebels themselves, the outside influence of al Qaeda, and now, public protests against the armed militias, he said.

In many Muslim countries people continue to demonstrate against the film "Innocence of Muslims." But is religion really the main issue? Arab intellectuals have a different view. (22.09.2012)