The assailants opened fire on Fathi Bashagha's convoy as it drove through western Tripoli after he visited the National Oil Corporation and the headquarters of the Interior Ministry's law enforcement force. 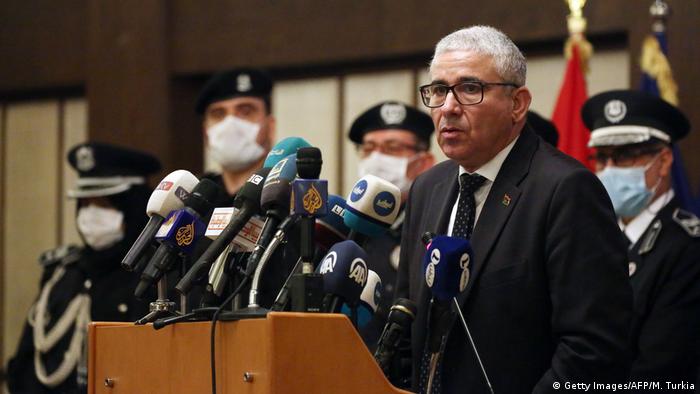 Fathi Bashagha has been Libya's interior minister since 2018

Libya's interior minister in the UN-recognized government narrowly escaped an assassination attempt Sunday on a highway near the capital, Tripoli.

The motorcade of Fathi Bashagha "was fired on from an armored car while he was on the highway. His police escort returned fire. Two of the assailants were arrested and a third is in hospital," a source close to the interior minister told AFP news agency.

"The minister is fine," the source added.

The convoy came under heavy fire as Bashagha drove through the capital after visiting government facilities.

Bashagha has served as interior minister in the UN-recognized Government of National Accord (GNA) since 2018. The 58-year-old is a political heavyweight, who has promised to end corruption in the North African country.

Bashagha had been seen as a favorite to lead a new interim government under UN-led peace efforts following an October ceasefire last year, but the post finally went to businessman Abdul Hamid Dbeibah, a 61-year-old engineer, who has called for reconstruction, democracy and reunification in Libya.

Libya has been in a state of turmoil since 2011, when a NATO-backed military campaign overthrew longtime leader Moammar Gadhafi.

The North African country descended into a civil war between Tripoli-based GNA and the eastern-based Libyan National Army (LNA), led by Khalifa Haftar.