Libya: Who's fighting whom?

With violence and chaos raging in Libya, dozens of militias are fighting for control of the country. But what are their objectives, and who's supplying them with funds? 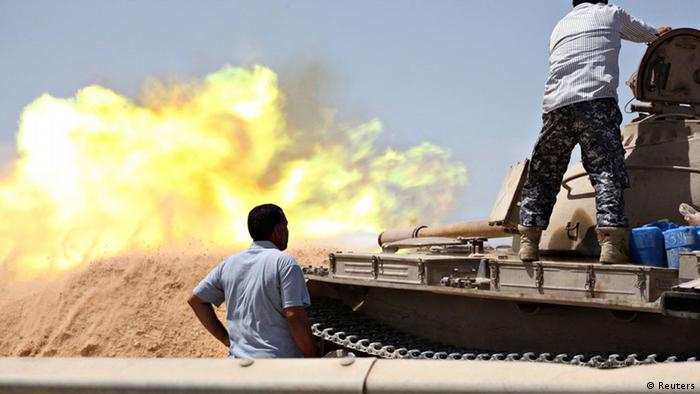 Since Gadhafi's fall, Libya has descended into chaos, with various militia groups battling for control of the country.

The Moammar Gadhafi regime was violently overthrown in 2011 by a combination of NATO bombardment and armed insurgents with different ideologies. The regime change did not, however, result in positive development and democracy, but plunged the country into a civil war. Violence and chaos abound, with two parliaments arguing over which has the legal right to govern on behalf of the people.

There are more than 200 tribes in Libya consisting of various clans. The biggest problem, however, is the unclear number of militias battling for power amid failing state institutions. On Monday (01.09.2014), Libyan security official spoke of 31 killed in clashes between Islamist fighters and forces loyal to the government.

But many Libyans themselves don't know exactly who is fighting whom these days, nor what their goals are. The following is an overview over the most important military groups: 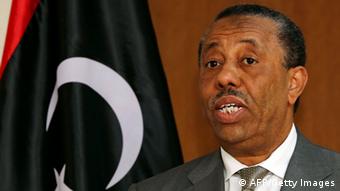 The regular Libyan army was rebuilt after the 2011 uprising by the then-existing transitional government with the approval of parliament. The troop strength of this army was never officially announced, but it was assumed to be about 35,000 soldiers. If fighters who also serve in other militias are counted, the number drops even more. The core of the force includes mainly the squads who earlier had comprised Gadhafi's army, but switched allegiances during the uprising to the side of the revolutionaries. Many others withdrew from service. Until now, the army appears less like a proper army, and more like one militia among many in the battle against rival militias. It is poorly-armed and lacks authoritative commanders. The current prime minister, Abdullah al-Thani resigned his post as defense minister at the end of August.

The so-called Libyan National Army was founded in May 2014 by the renegade ex-general Khalifa Hafter. The ex-general launched a private campaign against the country's various islamist groups from the city of Benghazi. He regarded it as his mission to “cleanse” the country of islamist groups. He called the mission, "operation dignity," and receives apparent support from Algeria, Saudi-Arabia, Egypt and the United Arab Emirates, even if these lands deny direct involvement.In August, Hafter suffered a severe setback when multiple islamist militias took control of Tripoli's strategic airport.

The al-Saika brigade is a special paramilitary unit of about 5000 men. In principle, they support the defense ministry – in reality however, they are fighting without specific government orders and fight against radical islamist militias under the command of ex-General Hafter in the eastern part of the country, primarily Benghazi. 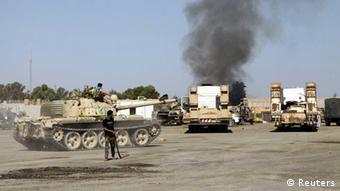 Opposing militia forces battled for control of Tripoli this past April.

A powerful militia from the northwestern city of Al-Sintan, about 160 kilometers southwest of Tripoli. The force combines multiple tribal militias such as the Al-Kakaa brigade (about 18,000 fighters) and the Al-Sawaig (about 2000 fighters). One of their leaders, Osama al-Juwali, was Libya's first defense minister after the overthrow of Gadhafi. The Revolutions Brigade from Al-Sintan became internationally famous by taking prisoner Gadhafi's son Saif al-Islam. They are regarded as nationalistic and have placed themselves on the side of ex-General Hafter.

The so-called Misrata Brigades are supported by Qatar, observers claim, and are politically close with the Muslim Brotherhood. Estimates put their numbers between 10,000 to 12,000 fighters, other sources even speak of numbers as high as 40,000 militiamen. The city of Misrata lies on the Mediterranean coast, about 210 kilometers east of Tripoli. During the revolution, this brigade played an important role during the storming of Gadhafi's residence in Bab al-Azizia. They belong to Hafter's enemies and were, together with the "Libya Shield Force" part of the militias that took control of Tripoli's airport.

This militia as well is regarded as an offshoot of the Muslim Brotherhood and, having spread throughout every part of Libya, is one of the strongest in the country. In the past, it occasionally collaborated with the ministry of defense. "Libya's Shield Force" comprises about 12,000 militia men. According to Arab media, they are supposedly well-trained and well-armed. Through humanitarian engagement and religious welfare work, they are more popular than other militias among certain groups of Libyans. Together with the Misrata Brigades, they launched the operation "Dawn," and ripped away control of the Tripoli airport from Hafter's troops and the Al-Sintan Brigades. 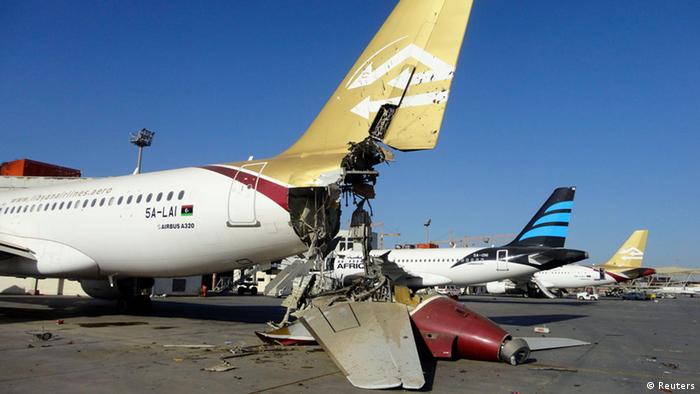 Ansar al-Sharia are regarded as an offshoot of al-Qaeda in Libya, their goal is the creation of an islamic "theocracy." They are regarded as the most radical militia in Libya and supposedly were behind the terrorist attack on the US consulate in Benghazi, in which ambassador Christopher Stevens was killed. Ansar al-Sharia is stationed in Benghazi and is fighting against Haftar's troops. A reliable count of their number of members does not exist. Some observers speak of a few hundred, others claim there are 5000 fighters, some of whom have great combat experience having served earlier in Afghanistan.

This islamist militia is regarded as the strongest and best-equiped group in eastern Libya. It comprises supposedly up to 3500 fighters but other sources claim numbers exceeding 12,000 militiamen. "The February 17th Martyrs Brigade" was supposedly responsible, among other things, for the murder of then defense minister Abdul Fatah Younis in July 2011, after he had renounced Gadhafi and became commander in chief of the revolution.

There are numerous other militias in Libya, such as the "Guardians of Petroleum Facilities," the "Omar al-Mokhtar Brigades," or the "Operation Center of the Revolution in Libya." Whether any will succeed in integrating these groups in institutions of state order such as the military or the police remains to be seen. Further imminent military confrontations are feared that could ultimately result in Libya becoming a failed state.

Ministry and state offices in Tripoli have been seized by armed militias. The loss of control comes just days after the country's interim government resigned, following the creation of a rival Islamist administration. (01.09.2014)

An unpleasant surprise for the US in Libya

Washington is displeased with the air strikes it says the United Arab Emirates and Egypt conducted on Islamist militias in Libya - especially since it appears both countries tried to keep their US allies in the dark. (27.08.2014)