After talks with three EU foreign ministers, the new government said it wants all foreign mercenaries to leave the country. The war-torn nation has been wracked by instability since Muammar Gaddafi's ouster in 2011. 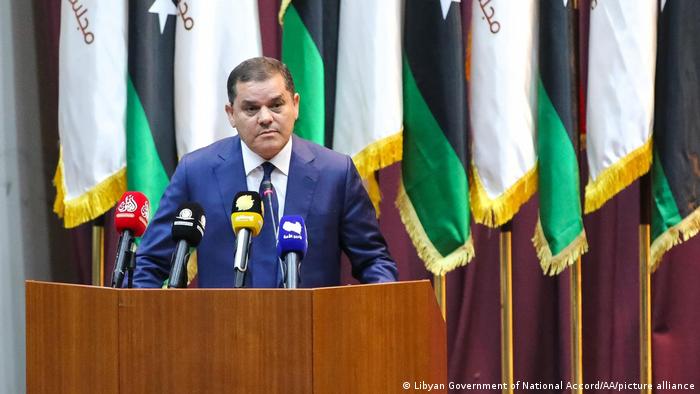 Libya on Thursday called for the "immediate" withdrawal of all foreign fighters during talks with EU foreign ministers in Tripoli.

The top diplomats were there to shore up support for the war-torn country's newly formed unity government.

The visit by French Foreign Minister Jean-Yves Le Drian, Germany's Heiko Maas and Italy's Luigi Di Maio comes 10 days after the formation of the administration to lead Libya to a fresh vote on December 24. 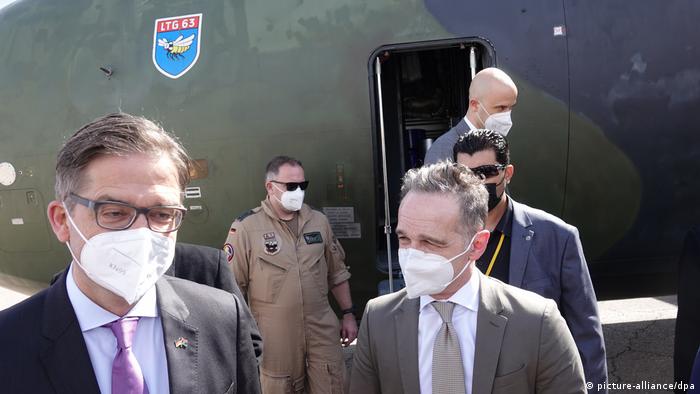 The European ministers expressed their support for Libya's new government

"We demand that all mercenaries leave the Libyan lands immediately," Minister of Foreign Affairs Najla al Mangoush told his counterparts from France, Germany and Italy.

"The departure of the mercenaries is essential for the Libyan state to assert its sovereignty," he said.

"We cannot look away from the consequences that the Libyan crisis may have in Europe in terms of security, terrorism and migration," he added. 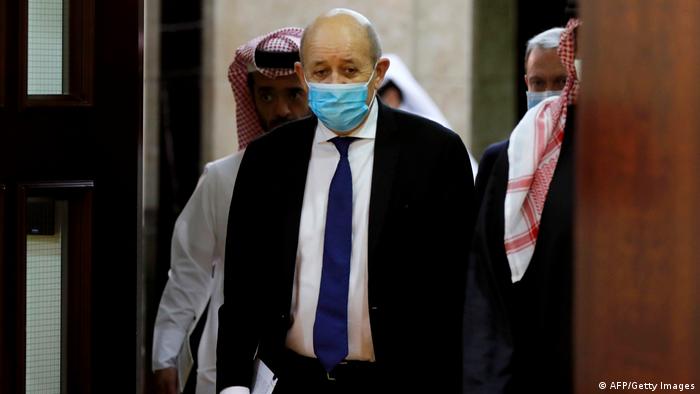 France backed the call for foreign fighters to leave

According to the United Nations, there are as many as 20,000 foreign fighters operating in Libya currently. Abdul Hamid Dbeibah, the interim prime minister, has called their presence  "a stab in our back."

French diplomatic sources quoted by the AFP news agency said one Syrian militia, allegedly close to the Turkish government, had started to pull out.

In a statement ahead of the meeting, German Foreign Minister Heiko Maas hailed the agreement to establish a unity government in Libya but warned that much more needed to be done.

"We are determined to stand by the government of national unity," said Maas. "We started reaping the fruits of the Berlin Conference and the efforts of the Libyans in coordination.

"Developments in Libya are one of the few glimmers of hope in foreign affairs over the past year. Where there was war a year ago, the weapons have fallen silent," the German foreign minister said.

What has been happening in Libya?

The oil-rich country in recent years has been split between rival east- and west-based administrations, each backed by armed groups and foreign governments.

In April 2019, east-based commander Khalifa Hifter launched a military offensive to wrestle the capital, Tripoli, from a UN-supported government.

Hifter’s 14-month-long military campaign failed eventually after Turkey had thrown its full military backing behind his rivals forcing his troops to retreat eastwards.

He has not officially taken part in the political negotiations.

Thursday's visit comes after French President Emmanuel Macron said Paris will reopen its embassy in the Libyan capital next week.

Other countries including Egypt and Malta have also announced their intention to reopen embassies in Tripoli.