'Libya is destroying itself'

Libya is at risk of becoming a failed state. The country is threatened by both militias and jihadis made up of disaffected young Libyans with a radical agenda, says conflict expert Andreas Dittmann. 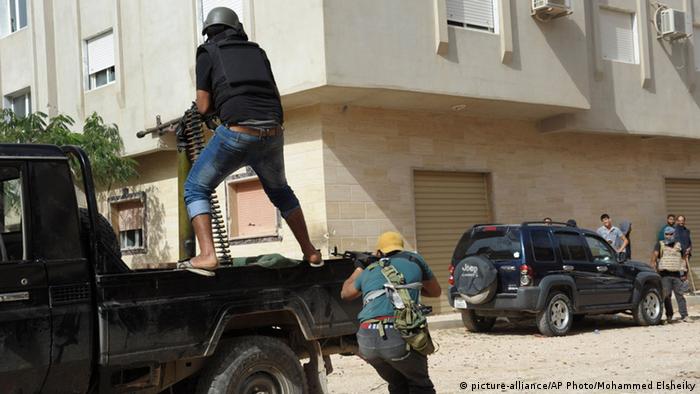 DW: Libya seems to be sinking into chaos. What's your impression of the current situation in the country?

Andreas Dittmann: Until a few months ago, we were still debating whether Libya was becoming a "failed state" or had already become a "failed state." Unfortunately, the question has now been answered. Libya barely exists now as a state today. It still appears on maps, but the state organizations are no longer able to carry out their duties.

What exactly is threatening the country?

Libya is facing several conflicts. One is the age-old clash between the western and eastern parts of the country, Tripolitania against Cyrenaica. This is a conflict between the Islamic, and partly Islamist, values of the east and the somewhat more secular values of the west. 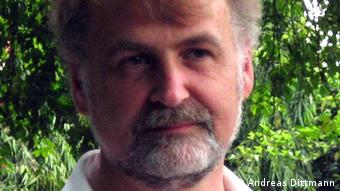 Dittmann: Libya is facing several conflicts at once

And other conflicts run along those lines?

Yes. There's a very old religious opposition in Libya, dating back to the Italian occupation. At that time they were seen as religious freedom fighters. Today, we would call this movement Islamist. Its members mainly come from eastern Libya. When Moammar Gadhafi was still in power this group was seen as his most dangerous opposition, despite the implantation of many Islamic edicts and the introduction of Sharia law in many parts of the country. But that wasn't enough for the religious zealots, and this attitude has remained long after the revolution.

And now the conflict is heating up once again.

And that's because yesterday's leaders do not enjoy a very high reputation among the younger, more radical Islamists. The younger Islamists are joining the "Islamic State" (IS), and are pushing for an Islamic domain that is not limited by geography. Many have fought for the IS in Syria and Iraq, and are aiming to realize the dream of an Islamic caliphate on Libyan soil. It's an issue of religious and political gaps and at the same time, a generational one as well. For the young, religion plays a very important role. By no means is it a cloak behind which they can hide other interests.

Most rulers in the region profit from terror, violence and instability. That gives them an incentive to block the way for essential reforms so they can remain in power, says DW reporter Rainer Sollich. (15.11.2014)

Three years after the fall of dictator Moammar Gadhafi, Libya is being torn apart by power struggles. The security situation is catastrophic and the country is sliding into civil war. (14.11.2014)

Thursday's court ruling to nullify parliament deepens political chaos in the North African nation. The decision, which cannot be appealed, comes amid intense fighting between Islamist and loyalist forces. (06.11.2014)

Warring armed groups in Libya are committing "widespread abuse," according to Amnesty International. The organization has warned that militia leaders could face trial by the International Criminal Court. (30.10.2014)

Libya: Chronology of a collapsing state

Three years after the death of Moammar Gadhafi, Libya is marching toward civil war. The dream of a new start has given way to political anarchy - and most of the country's problems are self-inflicted. (20.10.2014)

Over and over, we've been getting reports that even former members of the Gadhafi regime have allied themselves with the jihadists. Is that correct?

Yes. The same thing is happening in Iraq, where fighters once faithful to Saddam Hussein have joined the IS. They're not doing this for ideological reasons. Instead, both groups are exploiting the chaos of these failing states in an attempt to shape the future to their favor. Both Hussein and Gadhafi considered the Islamic opposition as their greatest enemy. Today, however, the two groups are working together in both countries. Of course, these are only temporary alliances. But both groups are united by the goal to prevent the creation of a state based on the Western democratic model.

What sort of future does the country have? Can Libya ever develop and move toward a prosperous future?

The basic conditions for development are actually very good for Libya. Of all the six countries involved in the Arab Spring, Libya has by far the best conditions. The country has a relatively small population, just over 6 million inhabitants. In addition, Libya has oil reserves that will last for another six-and-a-half decades.

True, the government is functioning at a very modest level and it has lost control of parts of the country. The entire southern half is out of their control; police no longer have any power. The military is weakened, or tied up in clashes with the militias and tensions between the western and eastern parts of the country. Other government responsibilities, like education and health, are being neglected.

Any political successes - the democratic elections, successfully putting a president into office - have been torpedoed by the militias. When they don't agree with certain election results, they refuse to recognize their legitimacy and try to impose their ideas by force.

That is to say, Libya itself is to blame?

Yes. Of course, there were external factors that contributed to Gadhafi's relatively quick toppling from power. But what Libya is currently doing wrong is, in a sense, homemade - that is to say, its own fault. Given the current developments, we can't always refer solely to external influences. At the moment, Libyans are destroying their own country.

Andreas Dittmann is a professor at the Justus Liebig University Giessen. He specializes in human geography and conflict research.