Fresh fighting around Tripoli and Benghazi have led to worries that the crisis in Libya could devolve into another civil war like in Syria. An international conference in Madrid is calling for immediate action. 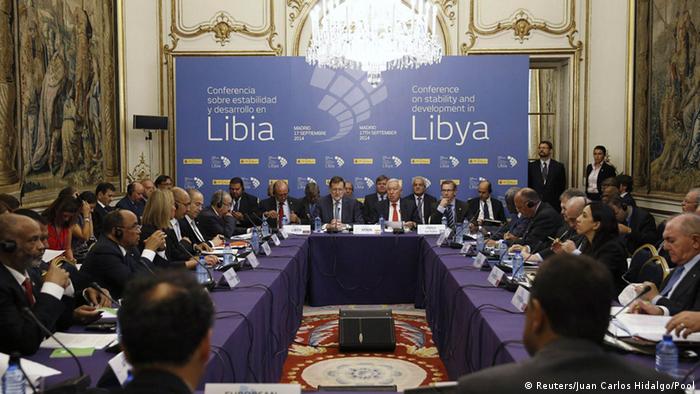 The warning that Libya could deteriorate into a civil war came from Spanish Foreign Minister Jose Manuel Garcia-Margallo on Wednesday as renewed gunfire outside the Libyan capital Tripoli left several dead, including Mohammed al-Kilani, one of the commanders of the Islamist militants who have taken over Tripoli and Benghazi in recent months.

Foreign ministers from 16 countries, including France, Italy, Tunisia, and Egypt, as well as representatives from the UN and the Arab League, attended the meeting in Madrid, which was called to address the deepening crisis three years after Moammar Gaddafi was violently ousted. Libya has rival governments: one run by the Islamist-backed New General National Congress in Tripoli, and the other by the House of Representatives, the elected government which was displaced to Tobruk.

Garcia-Margallo said there was still time to prevent extremists from taking over the country and beginning a civil war similar to the one in Syria, while UN Special Representative for Libya, Bernadino Leon, stressed the need for an immediate ceasefire.

The German press agency reported that ongoing clashes between the Islamists and rival groups continued on Wednesday morning, resulting in the death of al-Kilani.

Bernadino Leon cautioned the UN Security Council on Monday that the region was experiencing "an unrelenting campaign of indiscriminate shelling…tens of thousands of civilians are now known to have fled their homes, many have also lost their lives as a result of the shelling." 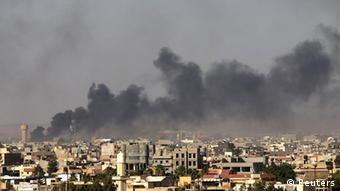 Similar attacks claimed the lives of nine people on Tuesday in Libya's second largest city of Benghazi, according to Reuters, as militants attempted to wrest the local airport from the hands of troops loyal to General Khalifa Haftar, the top commander of the Libyan army and staunch opponent of the New GNC.

The militias have been trying to capture more land after seizing control of the capital over the summer. Prompted by a defeat in the June elections, Islamist groups took over Tripoli and reinstated the former interim parliament, the General National Congress.