The Lesotho Highlands Water Project, which supplies water to South Africa, has several critics. They say the first phase of building has improved Lesotho’s economic prospects but not the lives of the poor. 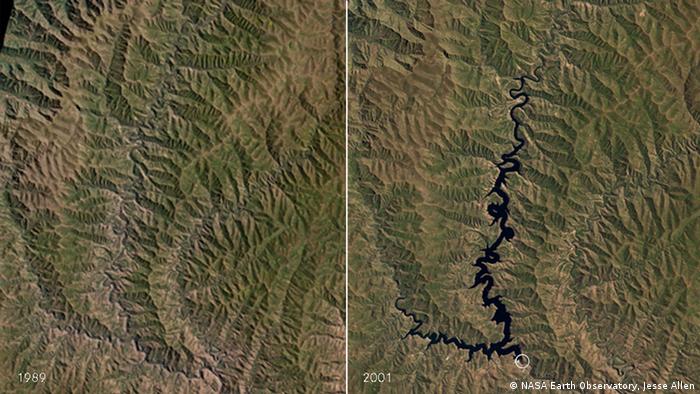 Before and after: the dam is 185 meters high and flooded an area that stretches across 36 square kilometers

There’s hardly a dam project in the world that isn’t dogged by protest. From corruption and flooding along the notorious Three Gorges Dam in China to the controversial Belo Monte Dam in Brazil, plans to construct dams often end up in the headlines, creating headaches for residents and for dam engineers and architects alike.

The Lesotho Highlands Water Project (LHWP) has largely escaped the negative press, in part because both the small kingdom and its larger neighbor, South Africa, are often under the world’s radar.

Still, the project isn’t entirely free of controversy. LHWP has come under fire from several non-governmental organizations. Much of the criticism is aimed at social aspects of the mammoth water project with environmental concerns playing only a peripheral role.

Even the World Bank, which has financed the project, has issued a critical assessment of its first building phase.

"LHWP-1 B’s successful water infrastructure program will be a main pillar in Lesotho’s development for decades to come,” the report resulting from an internal review said. “But the royalties did not go to poverty reduction, the project’s most fundamental objective,” it added. 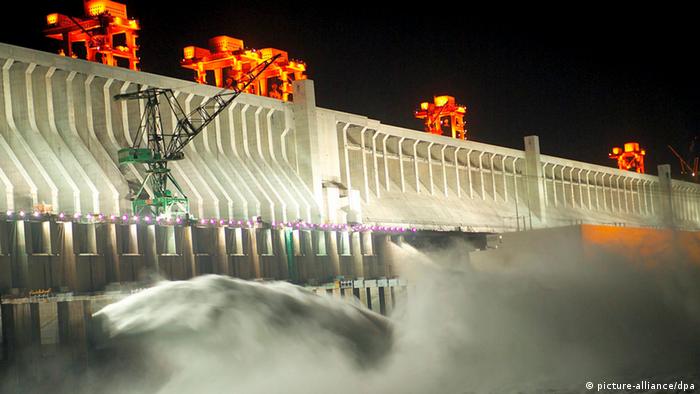 Frighteningly beautiful: masses of water at the Three Gorges Dam

Hopes were high that the project would help improves people’s lives when the first phase was officially unveiled in 2004. Lesotho suffers from a crippling gap in income and wealth distribution. More than 60 percent of the population lives under the poverty line. The project was intended to bring benefits to both South Africa and Lesotho by supplying much-needed water to Johannesburg and easing poverty in Lesotho.

Yet in reality, LHWP has done little to help Lesotho’s people. Without controls and regulations on how the funds were to be distributed, large sums of money have disappeared into a black hole or have ended up lining the pockets of corrupt local officials.

According to the NGO “International Rivers,” many residents directly affected by the construction of the project are worse off now than before. It has taken years to organize compensation for the loss of homes and land.

Although the World Bank sees the compensation policies more positively, it has criticized the emphasis on payments rather than helping people secure their livelihoods.

As a result, a part of those affected by the project have been turned into permanent aid recipients. The World Bank has insisted that in future, any compensation program must be set up together with those affected instead of a top-down approach.

Some organizations say that the dam construction workers, most of whom came from South Africa and lived in make-shift camps, have contributed to the spread of HIV-Aids in Lesotho. 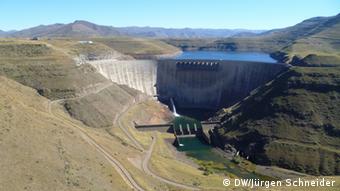 Until the Tekezé Dam was constructed in Ethiopia, the Katse double-curvature arch dam in Lesotho was the highest wall in Africa

The World Bank says it has no concrete data linking the LHWP and the spread of HIV-Aids in the country, but admits that there could be a connection between the two.

The group said it could follow a pattern in South Africa, where mine workers living in camps had contact with prostitutes, who in turn reportedly spread the disease to their families at home.

Today, one fourth of Lesotho’s population is HIV positive, and as one of the world’s least developed countries, the kingdom’s medical services are unable to cope. To make matters worse, the construction of the water system has led to tensions in the past between local and South African workers, who earned more. In 1996, police killed five people during a strike by the workers.

But there have been promising signs of progress. The former chief executive officer of LHWP, Masupha Sole, was convicted of corruption after he was found guilty of awarding international companies with contracts in return for bribe money. Those companies, too, were tried in court. 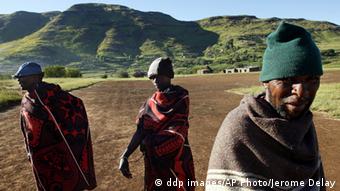 Do they support the Lesotho water project? These men are on their way to the capital Maseru

Still, Sole was released from prison early and, inexplicably, named the Chief Technical Advisor of the project’s second building phase.

The organization International Rivers says it remains unclear what problems the next building phase could present.

The dam does bring much-needed infrastructure, clean energy and jobs. But there are fears that without broad economic development, those benefits could disappear in the long-run, sending a wave of people from rural Lesotho to South Africa.

The dam could flood their fields, and they could lose their livelihoods. But South Africa has tightened its border controls, and Lesotho residents would then be forced to live and work illegally in the neighboring country.