By a significant majority, Leipzig citizens voted against the sale of its municipal works to the French corporate energy group Gaz de France. But now the city isn't sure how to meet its budget. 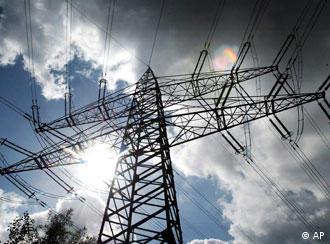 In the first referendum in the history of the eastern German city of Leipzig, 149,000 citizens voted against the sale of its municipal utilities. That was around 87 percent of the votes, with about 42 percent of the population participating.

The results of the election are binding for three years, with the ban on the sale affecting all the city's municipal services -- including water, heat, energy, transportation and hospitals.

Leipzig mayor Burkhard Jung said he regretted the results, as the city is strapped by a debt of 900 million euros. Gaz de France had planned to pay the city 520 million euros ($768 million).

"Unfortunately, it was not possible to relay the benefits of partial privatization to Leipzig citizens," he said. 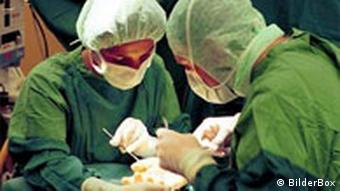 Hospitals are also to be affected by the ban on privatization

Mike Nagler, who was part of the citizens' action group opposed to the sale, told the daily Süddeutsche Zeitung that the election result was an "impressive victory for democracy." Within three months last fall, the group was able to collect 42,000 signatures on a petition against the sale.

The group, who name translates to "Stop the Sell-Off of our City," said keeping municipal utilities locally controlled served an important function for Leipzig.

"The 50-million-euro profit which the utilities company brings in remains in the city," Nagler said, pointing out that the profits help to subsidize local public transportation.

The election results showed that voters were more interested in the people's common welfare than in private profits, the group said. Furthermore, the sale would have not solved the budget deficit problem, the members maintained, adding that a comprehensive reform of municipality financing was required instead.

Jung said while he understood the fears among Leipzig's citizens about privatization, it would now be difficult to reorganize city finances. 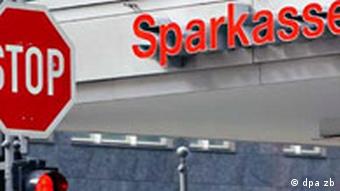 Some public banks have become privatized in Germany

Jung added that Leipzig's budget for 2008 could no longer be passed as planned in February, and said the city's expenses needed to be re-evaluated. The mayor said he had originally planned to pay some of the debt with the sale and also invest some of the money in education and Leipzig's infrastructure.

French President Sarkozy has successfully negotiated the merger of Paris-based Suez group and state-controlled Gaz de France, which was announced Monday. GDF-Suez will become one of Europe's biggest energy conglomerates. (03.09.2007)

"Privatization is Not a Natural Law"

DW-WORLD.DE spoke to documentary filmmaker Florian Opitz about "The Big Sellout," his recently released movie about privatization's victims and the problems of working with privatization's proponents. (22.05.2007)

What do you think about the vote stopping privatization? Please include your name and country in your reply.