Lebanon: Insecurity and desperation as crisis worsens | Middle East | News and analysis of events in the Arab world | DW | 11.03.2021

People in Lebanon are increasingly desperate amid the political deadlock, the financial meltdown, rising poverty and COVID-19. 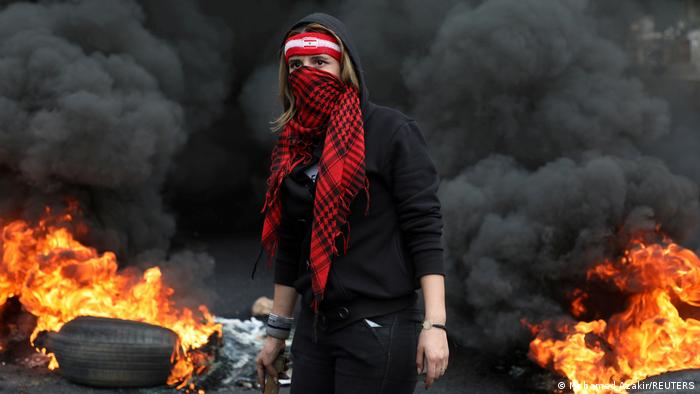 The current all-time low of the Lebanese currency — known as the pound or the lira — has riled people all over the country. They have been pouring into the streets for more than a week now, taking the country to the brink of a revolution.

Protesters are desperate as the government has for years failed to tackle the devaluation of the currency, poverty rates and the plummeting economy.

"We are denied our basic rights, such as security, education, water and electricity, even the air we breathe is polluted," a protester on Beirut's Martyr Square told DW's correspondent Razan Salman via telephone.

The student is willing to keep protesting until the protesters' demands are met. "It is unbelievable that the dollar is now worth 10,500 Lebanese pounds, which means that our currency lost around 90% of its value," the man said, who asked to stay anonymous.

The Lebanese pound has officially been pegged to the US dollar since 1997 but has plummeted against the greenback in black-market trading.

Caretaker Prime Minister Hassan Diab has reacted by threatening to quit as caretaker in order to pressure local politicians to forge a new Cabinet.

This Friday, parliament will convene to discuss the $246 million in aid the World Bank has pledged however, officially, the turmoil in the streets will not be addressed.

"People have lost their hope and are utterly desperate. There is no indicator for the formation of a new government anytime soon. Just now, rumors have surfaced that there will be a total blackout in April, which adds to the feeling of insecurity on so many levels," Anna Fleischer, program coordinator and analyst at the Beirut office of Germany's Heinrich Böll Foundation Middle East, told DW on the phone.

From her point of view, an escalation of the situation is to be expected, as well as a decline in security. "People have a general sense of injustice that comes in addition to daily problems such as electricity, devaluated money, and hunger since basic food has become almost unaffordable," she said and confirmed: "It has been unprecedented to this extent."

Pollutionand dismal waste management have exacerbated the crisis in Lebanon.  "For many years, Lebanon has been relying on temporary fixes and stopgap measures to deal with garbage," Aya Majzoub, Lebanon researcher at Human Rights Watch, told DW, adding "the government has never addressed the underlying problems or the health impacts on residents," she said.

The 2015 trash crisis that saw millions of garbage bags lining the streets is still vivid in people's memories. In April 2020, the two largest landfills near Beirut, Bourj Hammoud and Jdeideh, which had been set up as temporary solutions to the 2015 trash crisis but had never met international standards and lacked an Environmental Impact Assessment (EIA), had reached capacity again.

The political quick fix was to extend these existing landfills vertically, and to search for new landfill locations instead of expanding recycling facilities and implementing strategies to reduce waste.

"Not one single region trusted the government with their waste plans so they had to create two landfills right by the coast," Ziad Abichaker, an environmental engineer and local activist, told DW. However, there are several problems with these landfills by the sea, as liquids seep into the ground and thus straight into the Mediterranean Sea.

DW contacted the Lebanese Environment Ministry for comment but received no reply.

Waste issue off the agenda

A political answer to this problem has yet to materialize. "We are basically in a standstill in the waste management portfolio in Lebanon because of the general political and socio-economic crises and the pandemic," Samar Khalil, an environmental management specialist and member of the Waste Management Coalition in Lebanon, told DW on the phone.

However, waste management cannot be separated from the country's economic crisis, as public contracts with waste collectors, sorters, composters and landfills are denominated in US dollars. "With the currency depreciation, the government is neither able to pay the contractors nor give municipalities their allocated budgets for waste management and for paying their contractors," Khalil confirmed.

As a result, waste is simply being burnt openly, with devastating effects on people's health. 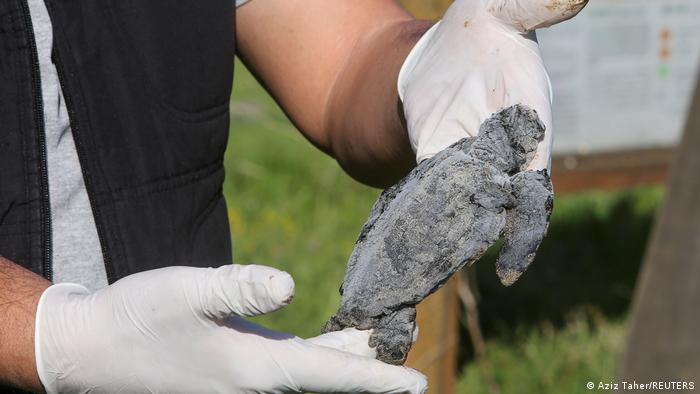 While the country has been under one of the strictest lockdowns worldwide earlier this year, including a 24-hour curfew, the amount of waste decreased. "Waste is a direct parameter of consumption, and since people have lost their purchasing power, waste generation has dropped in comparison to the first quarter 2020," Abichaker told DW. 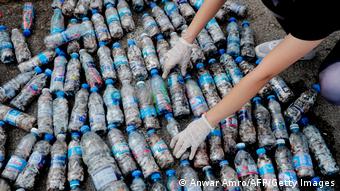 Since recycling and reducing waste haven't been anywhere near the frontline of the government's agenda, also Samar Khalil sees this as new, private area for sustainable business and development "Many NGOs and private initiatives are recovering materials from waste and now, with the inflation, it is expected to see more of these."

Razan Salman contributed to this article from Beirut.

Correction:This article was revised on March 12 to clarify the nature of the Mediterranean oil spill.

Trash is a big problem at the moment for Lebanon - and for governments all over the world. It can lead to major environmental problems. But there are solutions - if the authorities are ready to take them on.

Lebanon is now going through the worst economic crisis in its history. 80 per cent of the population lives below the poverty line. In one year, food prices have jumped 500 per cent due to galloping inflation.