Few high quality African movies make it to the world stage and many struggle to find an audience in Africa. At Africa Day at the Berlinale film festival, filmmakers and experts discussed how to change that. 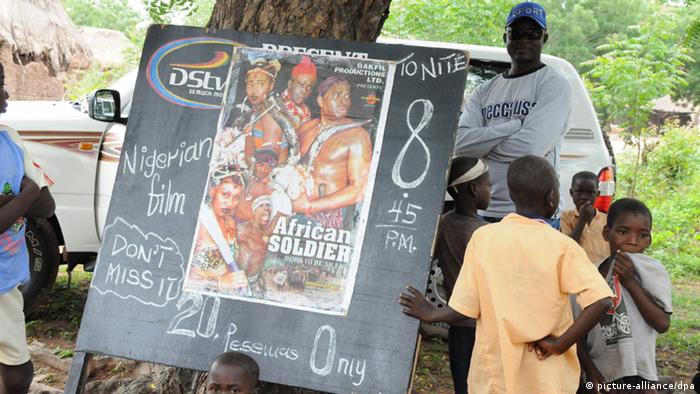 Nigerian film critic Didi Anni Cheeka knows the problems of Africa's movie industry firsthand. "We have the strange situation that new cineplexes are coming up every day, but they only show Hollywood movies," he told the audience during the World Cinema Fund's Africa Day at Berlin's International Film Festival, the "Berlinale."

It's a common problem all over Africa: High quality movies from the continent hardly find an audience or even a place to be shown. Without a market in sight, few high-quality movies are shot. Only so-called "Nollywood movies," mostly produced in Nigeria in just a few days or weeks, are thriving. Nigeria's movie industry earns around 250 million US dollars (224 million euros) from Nollywood movies.

You come across researchers from Europe or America who want to talk about Nigerian cinema and all they talk about is Nollywood," Cheeka said.

Few African films at the Berlinale 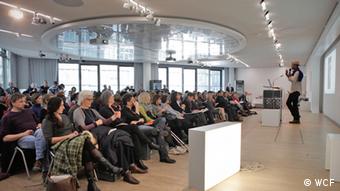 Participants at the Berlinale's Africa Day looked for strategies to promote African cinema.

The effects are visible at the Berlin International Film Festival and elsewhere. "There is a lot of production in Africa but many of these productions will not make into our official program," Dorothee Wenner, the Berlinale's Africa Delegate told the audience.

"We're looking at many Nollywood productions, but we cannot invite them into our regular programs, because we would risk seeing a large part of our audience leave the cinema hall," she said. Only five African films are being shown at this year's festival.

Finding solutions to enable more high-quality productions from Africa was the key theme of Africa Day, organized by the World Cinema Fund. The fund is an initiative of the German Federal Cultural Foundation and the Berlin International Film Festival in cooperation with Germany's foreign ministry. The fund supports high-quality movie productions in Africa, Latin America, Asia and the Middle East.

Plenty of talent, but no money

"Creativity and talent is there [in Africa's movie industry], but it needs the environment to flourish," veteran Mozambican filmmaker Pedro Pimenta told the audience. Lack of capital to produce high-quality films, lack of training in movie production and lack of revenue collection through effective distribution of movies are some of the factors he listed that bog down Africa's movie industry.

"There is something that all of us owe to Nollywood - it started to make it possible to talk about the possibility of cinema in Africa, from Algeria to South Africa", Pimenta said. One lesson filmmakers can learn from Nollywood is effective movie distribution. Pimenta cited informal video parlors which are blossoming all over Africa as one way how filmmakers could reach audiences and generate revenue.

"On the ground there are thousands of people earning a living out of cinema. There is a huge potential that we often do not see, because the seats are not in red velvet. But this is a real economy we are dealing with," Pimenta said.

Western funding is not the answer 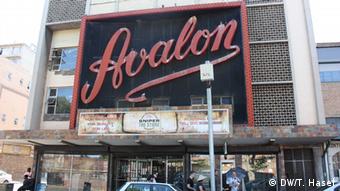 Many cinemas in Africa have closed down.

Congolese filmmaker Tschoper Kabambi has already started to reach out to audiences in the absence of a cinema. Kinshasa, the capital of the Democratic Republic of Congo is home to almost 10 million people, but does not have a single big screen. Kabambi's company "Bimpa Productions" has started to show movies in different neighborhoods.

Pedro Pimenta welcomes outside support but cautioned African filmmakers against relying on this alone. "Resources are limited. To think that we are going to transform everything in Africa based on this is fooling ourselves. We need to go beyond that, we need to find new ways," he said.

Cameroon: Movie screenings for the blind

Christian Kwessi wants to make his hometown of Douala more accessible to people who are blind. His strategy is to sensitize the authorities by organizing movie screenings for visually impaired people. (10.11.2015)

A cinema in a backpack

One young South African entrepreneur has set up a cinema service which screens movies in a part of the continent where there's no tradition of going to the cinema. (15.07.2015)

The Carthage Film Festival has attracted more than 500 Arab and African movies to be screened in the capital and around the country. The eight-day event has been deemed an "antidote to violence." (22.11.2015)