Bright sunshine and sizzling temperatures might sound like the perfect summer for many. But for climate scientists, the steamy conditions herald a troubling sign for future weather developments. 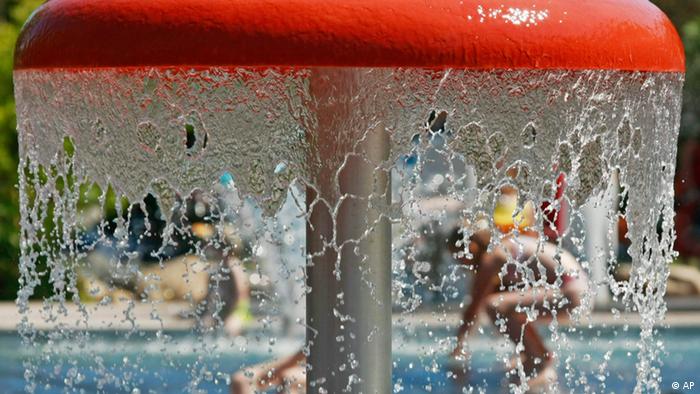 Children play in a pool during summer

It’s most people’s idea of a perfect summer day – a bright hot sun and clear, blue skies. Many spend time on a beach or at a lake, in street cafés, in pools or in parks, especially when the mercury rises.

But a hot summer is far from being just a source of fun for sun-seekers. Scientists warn that rising summer temperatures in recent years are an ominous sign of what is yet to come.

Heat spells, even in summer, are a prime indicator of climate change. Since temperatures were first measured in 1893, seven of the ten hottest summers on record occurred in the last decade. And researchers say that trend is just another sign of the temperatures we can expect over the next century.

In the August of 2003, Europe experienced an unprecedented heat wave. After a particularly dry spring season, France suffered serious water shortages in the summer. In the east of the country, precipitation levels fell 50 percent below the norm. In Austria and across the Balkans, farmers reported severe crop losses due to the dry weather. 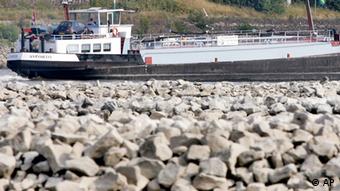 By April, several rivers can't be traversed because of low water levels

Across Europe, the record-breaking heat and lack of wind led to loss of life, forest fires, scorched harvests and power blackouts as ozone and nitrogen oxide levels climbed.

Meteorologists pinned the blame for the heat wave on a long-lasting high pressure system called “Michaela.”

Extreme weather on the rise

The number of climate change indicators is on the rise and with rising temperatures, extreme weather phenomena have soared too.

In 2004 and 2005, there were more hurricanes in Asia and the United States than ever before, and according to a study by the Intergovernmental Panel on Climate Change (IPCC), the European heat wave of 2003 could repeat itself in the near future. Meteorological simulations indicate that this trend is no coincidence.

“In many countries, we have observed unprecedented weather extremes in recent years,” said Stefan Rahmstorf, a professor at the Potsdam Institute for Climate Impact Research.

“When it comes to temperatures, we were able to prove that climate change has absolutely led to more severe weather. And for people, that often has damaging consequences.”

Deadly heat for the old and sick

According to the French National Institute of Health, nearly 15,000 people died across the country during the August 2003 heat wave. 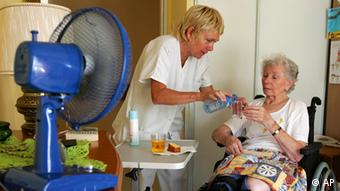 Normally, sweat is the body’s main cooling mechanism. But the Center for Disease Control and Prevention in the US says sweat is simply not enough when temperatures soar above 35 degrees Celsius: body temperatures start to rise, affecting the brain and other vital organs and putting the ill, the elderly and the overweight at risk.

Many of the victims of the European heat wave died of dehydration at home, but nursing homes and hospitals were also underprepared for the scorching weather. Reports say deaths could have prevented through darkened rooms, cooling and more hydration.

Waking up to new climate realities

Christina Koppe-Schaller, a researcher and meteorologist from Freiburg, Germany, said even those who live in countries with moderate climates will have to get used to extreme heat. 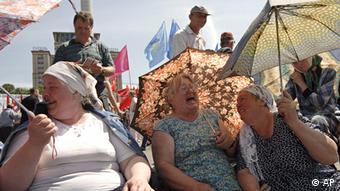 Beating the heat with umbrellas

Koppe-Schaller pointed to the tradition of taking a siesta in the afternoon – the hottest time of the day - in Mediterranean countries. The researcher said other countries should follow the example given that people become noticeably less productive during extreme weather patterns.

And, she said, it was the heat wave of 2003 that prompted many in Europe to re-think their approach towards heat and climate change. Until then, hardly any European country had seriously given thought to the health consequences of climate change, she added.

Get used to a ‘siesta’

In 2008, French research institute, Inserm, published a study linking some 70,000 deaths across Europe to the extreme heat in 2003. That information served as an impetus for meteorological stations across the continent to band together and create an early warning system for future heat waves. 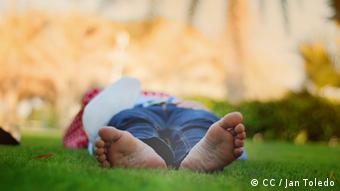 Should all of Europe introduce the siesta?

The German Weather Service, for example, sends heat warnings to authorities, who pass the message onto the public via radio, television and internet. There are also special training sessions for nursing staff and care workers on how to treat patients or the elderly in severe weather conditions. In Germany, nursing homes are now constructed to withstand potential temperature fluctuations.

“A temperature rise of 4.5 degrees Celsius, that we experienced in 2003, will probably only become the norm by the end of the century, but there are still many things we have to do to prepare for that,” said Koppe-Schaller.

If her forecasts are correct, drastic lifestyle changes will be necessary. Including a summer “siesta” in the middle of the day across Europe could be a simple first step.

Around the world, thousands of weather stations - over a hundred in Mexico alone - gather data on rainfall, temperature and wind. They play a key role in forecasts as well as efforts to monitor climate change. (22.05.2012)