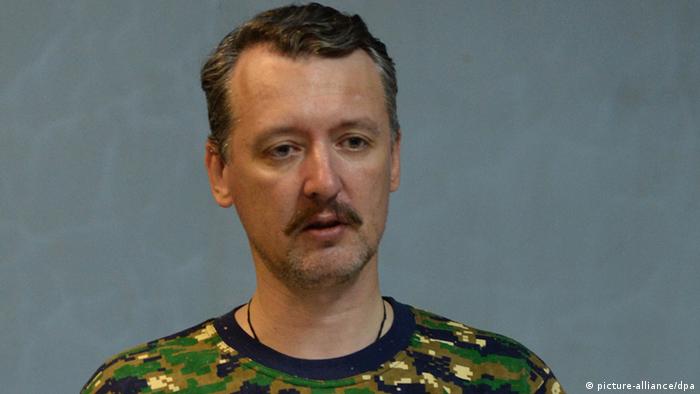 In a video posted by Russia's pro-Kremlin Life News website, Alexander Borodai, the former PM of Donetsk People's Republic, confirmed Strelkov's resignation but provided no reason for his departure.

In a statement on their website, the rebels said that Girkin, who was born in Russia, has resigned "in connection with his transfer to another job."

Borodai denied reports that he had been wounded, describing the rumors as "total rubbish."

Borodai added that the new defense minister went by the nom de guerre of "Tsar."

Girkin's resignation is the third change at the top of the separatist leadership in the past week.

The news came following reports thatartillery fire had hit near the center of the rebel-held eastern Ukrainian city of Donetsk for the first time in the current fighting.

A Russian humanitarian aid convoy has also approached the Ukrainian border. Ukrainian officials fear the convoy may be being used to smuggle weapons to rebels or to launch an invasion.

Moscow has dismissed this, saying it was working with the International Committee of the Red Cross (ICRC).