Saudi-led coalition jets have killed 30 fighters and injured 40 more in an attack on the wrong military camp in Yemen. It is the latest in a series of friendly-fire incidents. 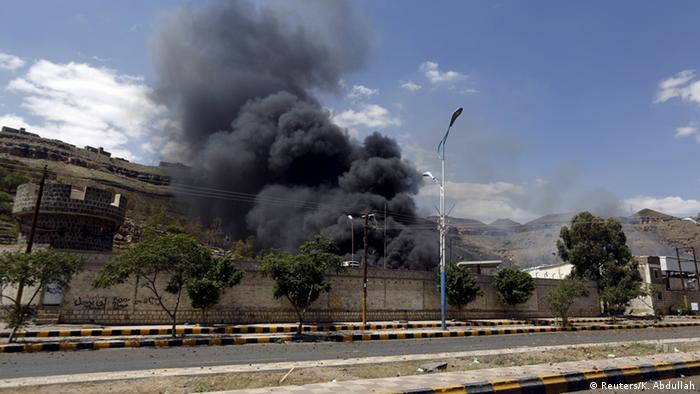 The strikes on Saturday hit a mountainous area near the city of Taiz in southwest Yemen, where there has been intense combat between local fighters and those loyal to a former president who has sided with Houthi rebels.

The fighters had just recaptured the military camp from Houthi fighters when the airstrikes hit.

Ground commanders in Yemen have previously complained of slow communication with the military leadership in Riyadh.

Saudi Arabia has been leading an Arab military operation since March to restore the government of President Abd-Rabbu Mansour Hadi, who is currently operating from a hotel in the port city of Aden. The government of Iran is backing the mainly Shiite Houthi rebels.

In September, 131 people were killed at a wedding party near the ancient port of al-Mokha by missiles fired from coalition planes. Other incidents have been reported in the past.

There were further airstrikes on Saturday as part of a campaign to take control of the northern province of Jawf and then advance on the Houthi base in Sadaa (photo).

More than 5,000 people have been killed in the six months since the Saudi-led coalition began its military operations in Yemen. The United Nations has described the situation, made worse by a Saudi blockade of Yemen's ports, as "critical."