The Nazi-hunting Simon Wiesenthal Center is making a last ditch effort to track down Nazis before they die of old age. Already underway in eastern Europe, the project will be expanded to Germany in June. 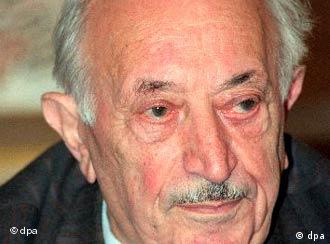 Time is running out for Simon Wiesenthal and the Nazis he's been pursuing for the past 50 years. At 95, the Austrian Jew is spearheading one final push to bring to justice the perpetrators of the Holocaust before they die. Called "Operation Last Chance," the project relies on rewards, advertising campaigns, press conferences and telephone hotlines to urge people to share what they know about Nazi war criminals who escaped justice.

After being implemented in eastern Europe and Austria, the Simon Wiesenthal Center plans to take its campaign to Germany. Starting in June, it will begin tracking down Nazis who have gone undetected for more than half a century. A reward of €10,000 ($12,000) awaits anyone offering information that leads to the sentencing of a person for Nazi crimes.

"There's no question that there is sufficient political will in Germany today to bring Nazis to justice," Efraim Zuroff, head of the Simon Wiesenthal Center's Jerusalem office, told DW-RADIO.

"The basic idea behind this project is to reach individuals who have information and otherwise would never have come forward," Zuroff said. "With all due respect to the prosecutors, we're talking about people who have chosen until now not to make that information available."

The project was launched in 2002 in Estonia, Latvia and Lithuania and has since also been underway in Austria, Poland and Romania -- with varied amounts of response.

"It's been extremely successful in the Baltics and less successful in Austria," Zuroff said. "We've received the names of close to 300 suspects and over 70 of those names were submitted to prosecutors."

After the Center hands over the information, it's up to the prosecutors to act on it, which isn't always a given. "We chose to initiate the project in those countries in which there are serious problems in bringing Nazis to justice, and there's relatively little political will to do so," Zuroff lamented. "This is a big part of the problem."

Many still in hiding

Zuroff is certain that there are still many former Nazis in hiding in European countries, something which is evidenced in trials over the past few years, including the indictment earlier this month in Italy of three former SS officers for the 1944 massacre of 560 civilians in the Tuscan village Sant'Anna di Stazzema. The three German men, all in their 80s, were tried in absentia and it remains unclear whether they will be extradited to Italy to serve their sentences.

"You have to remember that in order to carry out such a heinous crime, which resulted in the murder of six million Jews and millions of others, it takes hundreds of thousands, millions of individuals who were involved in different ways," Zuroff pointed out.

Around 2,000 war criminals could still be living in Germany, Micha Brumlik, the director of Frankfurt's Fritz Bauer Institute, which is devoted to researching the Holocaust, told the Die Tageszeitung newspaper. Brumlik reportedly tried to convince Zuroff not to offer rewards for information because people would be motivated by money rather than morals.

Brumlik also doubted whether the Wiesenthal project would lead to many indictments. "It would be extraordinarily difficult to collect valid evidence," he told the paper. He said the fact that suspects would be very old meant they would likely never be tried or forced to serve jail sentences. He said only nine of the cases "Operation Last Chance" had handed over to prosecutors in the Baltics were actually being investigated by the authorities.

Zuroff admitted, too, that he wasn't optimistic about prosecutions taking place. But time is running out. Zuroff plans to expand the project to Croatia, Hungary and Ukraine.

"There are still thousands of war criminals in Europe. We're going wherever Jews were murdered," he told German newsmagazine Focus.

Italian prosecutors said on Monday a military judge had indicted three former members of the Nazi SS for their alleged role in a 1944 massacre of more than 500 villagers in northern Italy. (May 10, 2004)

Almost six decades after the end of World War II, former slave-laborers who worked for the notorious chemical giant, IG Farben, could finally be granted the compensation they have long been waiting for. (March 29, 2004)

On the sixtieth anniversary of a Sinti and Roma revolt in Auschwitz concentration camp, German President Johannes Rau on Sunday said more should be done to keep the memory of these heroes alive. (May 16, 2004)