Lakers guard Dennis Schröder: the next German to win an NBA title?

The German point guard has joined the defending champion Los Angeles Lakers. Playing alongside LeBron James and Anthony Davis, Schröder could be the first German NBA champion since Dirk Nowitzki. 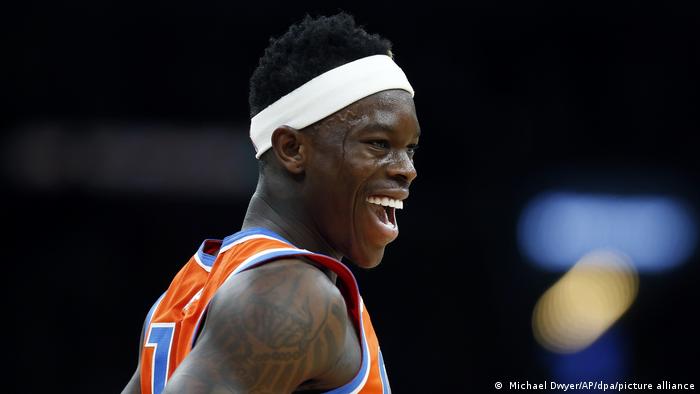 As recently as the beginning of November, Dennis Schröder insisted that he wasn't interested in joining Los Angeles Lakers.

"Yes, I received offers. But I never wanted to go to the Lakers, to the [Los Angeles] Clippers, or to the other names my agent called," Schröder, then with the Oklahoma City Thunder, told the Abteilung Basketball podcast from German broadcaster Magenta Sport.

Less than a week later, US media reported the Thunder had traded the German point guard to the Lakers. The defending NBA champions finally confirmed the move after Wednesday's NBA draft.

Even if the Lakers isn't Schröder's desired destination as he enters the final year of his current contract, there is no question that joining a team with NBA finals MVP LeBron James and All-NBA big man Anthony Davis is an upgrade.

More importantly, he is now on a legitimate title contender and has a chance to be the first German since Dallas Mavericks legend Dirk Nowitzki in 2011 to win an NBA crown.

"The Lakers are one of the most glamorous franchises of all time and now the world champions," Henrik Rödl, Schröder's coach with the German national team, told DW.

"For him a chance to be part of a championship run or a title even, that's got to be something special for him."

Schröder coming off his best season

With seven seasons in the NBA, the Braunschweig native has now been around the block a few times. Drafted with the 17th overall pick by the Atlanta Hawks in 2013, Schröder's basketball career in North America has already highs and lows.

Schröder averaged 17.9 points and 6.3 assists per game in his first season as regular starter for the Hawks in 2016-17. The strong showing earned him a four-year, $70 million contract extension.

But Atlanta traded him a year into the deal to Oklahoma City, seemingly wanting to get off his $15.5 million per year salary. 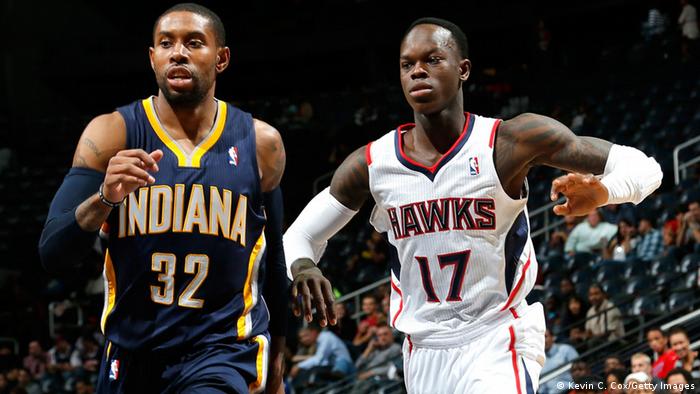 Dennis Schröder was drafted by the Atlanta Hawks in 2013

Relegated to a bench role, Schröder reinvented himself as a spark plug scorer with the Thunder. Last season, he put in his most efficient scoring season to date, averaging 18.9 points per game on an above-average 46.7% shooting percentage, including a career-high 38.5% on 3-point attempts.

"[Schröder] has been a player and personality that has always improved," Rödl said. "Almost every year he's added something. "I think last year he played his best season last year coming off the bench."

With All-Star Chris Paul and up-and-coming star Shai-Gilgeous Alexander, Schröder helped make Oklahoma City into a surprise playoff contender. The rebuilding Thunder finished fifth in the Western Conference in the 2019-20 regular season before a 104-102 heartbreaking loss in Game 7 of the playoffs first round to the Houston Rockets.

"Everybody expected OKC not to have a good year, and they had a great year," Rödl said. "That symbolizes Dennis a lot because he loves it when people doubt him." 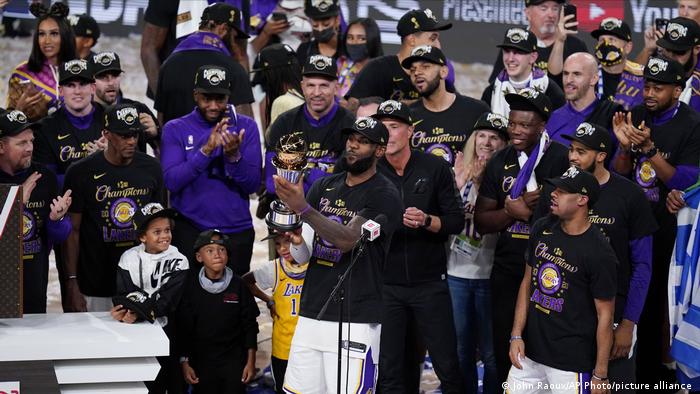 How does Schröder fit with the Lakers

The German guard now takes his scoring talent to Los Angeles, where he should feature prominently as a third scoring option next to James and Davis.

Schröder is far from the traditional, pass-first point guard. But with the soon-to-be 36-year-old James doing most of the ball-handling, the German's scoring strengths fit better than a traditional point guard skillset would.

"Dennis finished almost all the games for [Oklahoma City last season]," he told DW. "Even though he was not starting, he was always one of the main players."

The German national team coach has also noticed how much Schröder has grown as a person his NBA debut as a 20-year-old.

"He's going to add a lot to that franchise, Rödl said. "Everything that he has, he will give."

The Milwaukee Bucks' boycott of a playoff game over the police shooting of Jacob Blake sent ripples across US sports. The display again proved the NBA does not shy away from social issues, says DW's Davis VanOpdorp.