The head of the IMF has called on Greece's creditors to restructure the country's debt. That - along with reform in Athens - would make Greek debt sustainable, Christine Lagarde said in Washington. 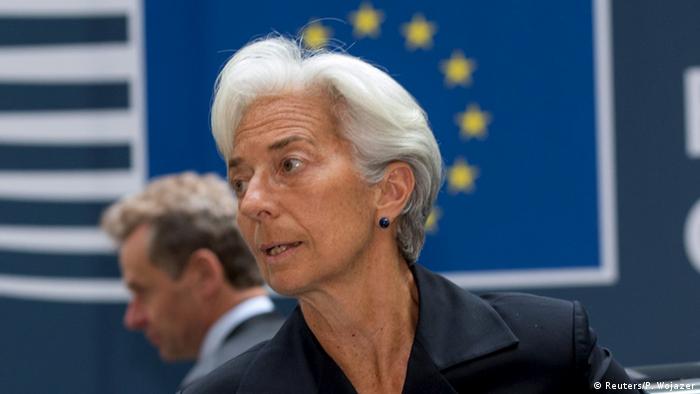 In comments made at the Brookings Institution think tank in Washington, on Wednesday, the managing director of the International Monetary Fund (IMF) said Greece was in an "acute crisis, which needs to be addressed seriously and promptly."

Christine Lagarde said a new plan moving forward to shore up Greek finances would require reform in Athens, but it would also require concessions from the country's creditors.

"The other leg is debt restructuring, which we believe is needed in the case of Greece for it to have sustainability," she said.

Earlier on Wednesday, Greek Prime Minister Alexis Tsipras addressed members of the European Parliament and asked for a "viable" agreement that " gives us a sign that we are on a long-lasting basis exiting from the crisis, which will demonstrate that there's a light at the end of the tunnel."

Tsipras' speech came as the Greek government formally requested a three-year loan facility from the European Stability Mechanism, the eurozone's bailout fund for European banks on the brink of collapse.

Germany's conservative finance minister, Wolfgang Schäuble, has ruled out the possibility of debt relief for Athens, fearing this would set a dangerous precedent for other eurozone member states who receive aid money.

In a referendum on Sunday, Greek voters rejected a proposal put forward by Greece's international creditors about continuing bailout funds. However, that has left Greece on the brink of bankruptcy and possible ejection from the eurozone.

Greece now has five more days to reach an agreement with its creditors.

Observations from the sidelines of European summit frenzy

With Greece ever closer to sliding out of the euro, Brussels and its journalists tail politicians from one special summit to the next. DW reporter Andrea Rönsberg has been looking for a method to the madness. (08.07.2015)